Your Lied-To Eyes: The Orb and the Big Picture

Remember this well-circulated shot from Trump’s visit to Saudi Arabia last month?  Might make you think of some secret ritual done in the dark far away from any witnesses. The Internet certainly thought so and made no end of memes and articles discussing the dark, dark meaning of the glowing orb.

So was it a secret ritual in a hidden desert cave? Not exactly.

In reality, Trump had touched the globe as part of an inauguration ceremony for the Global Center for Combatting Extremist Ideology in Ridyah, Saudi Arabia on Sunday. Together, the three leaders placed their hands on the globe to start a film about the center.The newly-opened center has a large TV wall displaying ongoing extremist activity and aims to come together to stop the spread of violent extremism, the Saudi Gazette reports. It will be used to monitor potential threats of terrorism and, through the help of experts, reveal and confront extremist speech.

As it turns out this picture…. 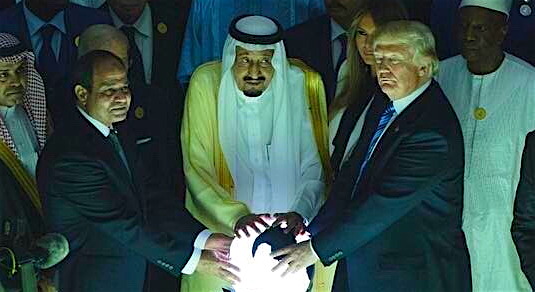 was only a smidgen of this picture. 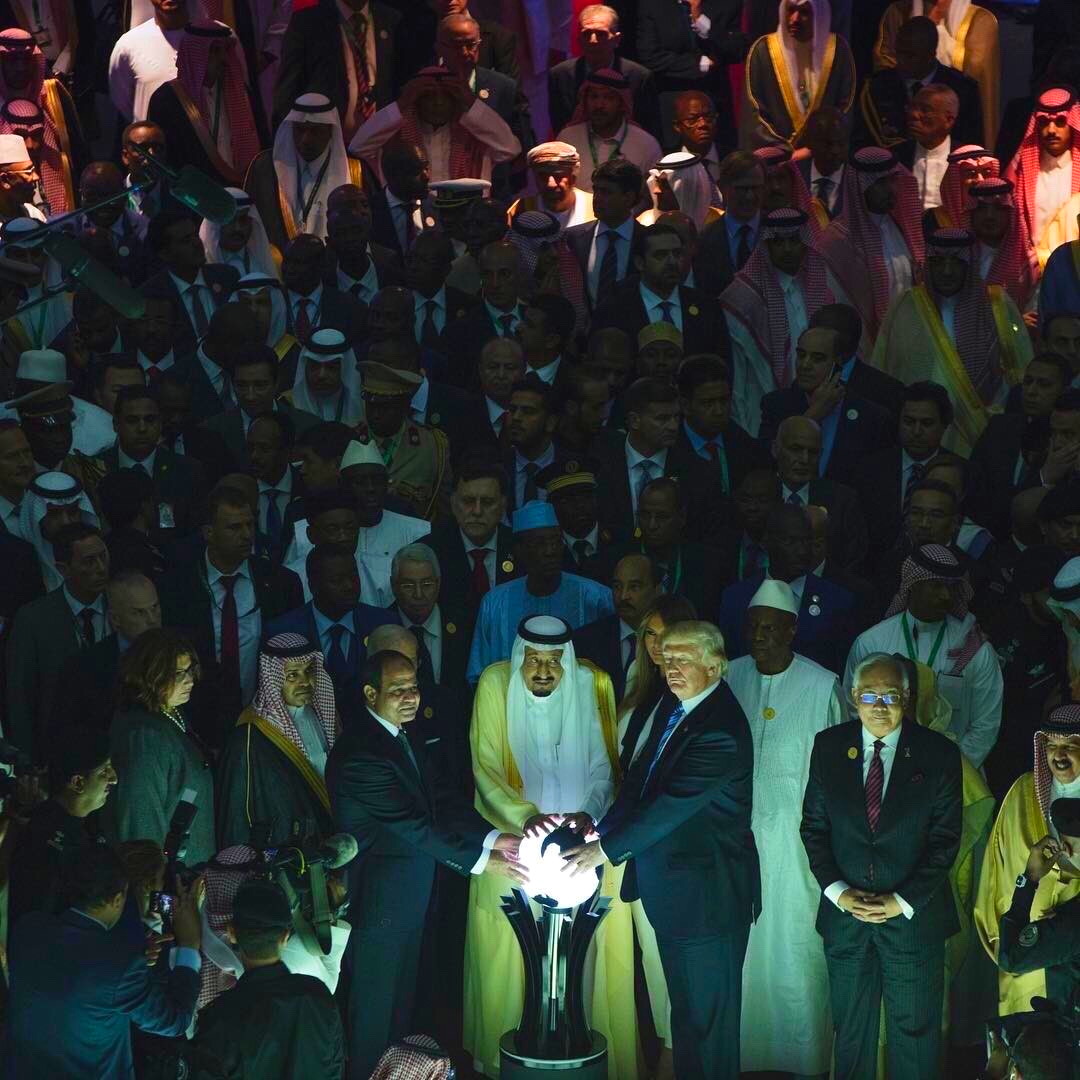 The power to select and crop images is part of the power to shape and distort history. Its a power that should not be given to quislings and traitors.