The Lichenologist: His Whole Life Is an Acid Flashback

” Squint them both so very tight that if you look with all your might. You’ll see the land of more then small and in this land are bugs and thats all.”

He spent three years in Chicago and then moved to New York, to the Lower East Side, with several other anarchists. For the next year he lived in New York, writing poetry and taking acid over 200 times. At a certain point he became involved in magic.

“Crowley-type things,” he explained. “You know, crazy stuff on acid.”

After New York he moved out to a commune in Placitas, New Mexico. In Placitas, Knudsen lived in a kiva, a small hole dug into the ground and covered with a wood frame.

By 1970, with his hopes of full-scale political revolution dwindling, Knudsen moved back to Southern California to take a job in construction. He thought about trying to become a professor of poetry, but postmodernism was coming in and he “just didn’t like it.” Working construction seemed like a good option because he thought it would allow him to make money and keep his mind free. When he arrived for his first day on the job, the foreman asked him if he wanted to work inside for four dollars or outside for five dollars. He said he wanted to work outside.

At the urging of his doctor, he decided to walk away from construction. He was 52-years-old and he looked around for the next thing. He had always been interested in native plants and he wanted to teach himself botany. But there was a drought in Southern California at the time, and little plant life to study near his home.

“I told my daughters: ‘Whatever’s behind the house. That’s what I’m gonna study.’ And I found lichens.” 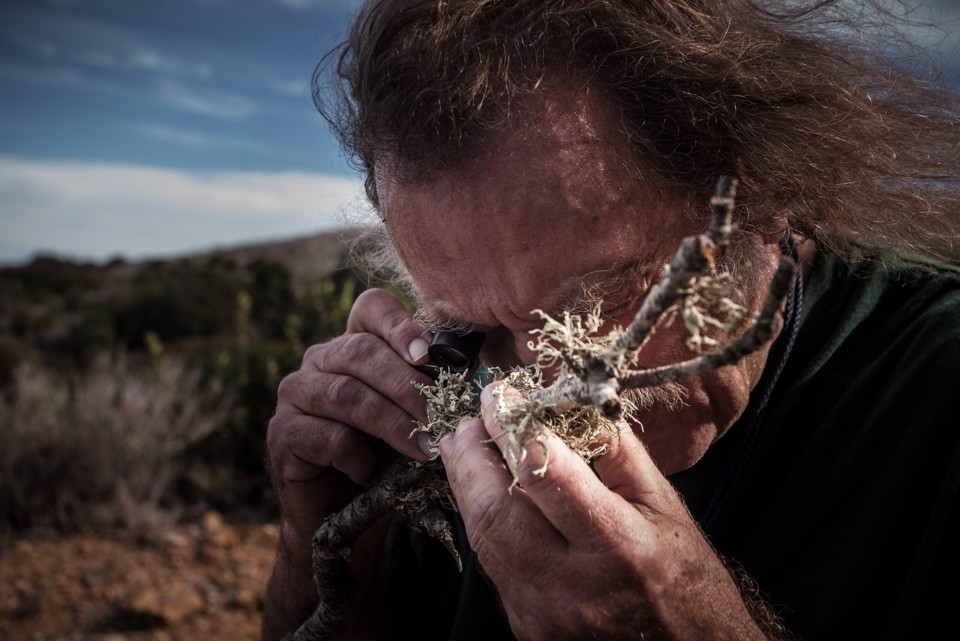 In 2009 he experienced a moment of fleeting Internet fame after he named a species he had discovered on Santa Rosa Island after the newly-elected President Obama. The species was named Caliplaca obamae. It had barely survived on Santa Rosa Island, after years of over-grazing by non-native cattle, deer, and elk. Knudsen completed the final draft of the paper that described the new species on the day of President Obama’s inauguration. I asked Knudsen what Caliplaca obamae looked like:

“Oh it’s just a little orange, sterile thing that grows on the dirt,” he said. 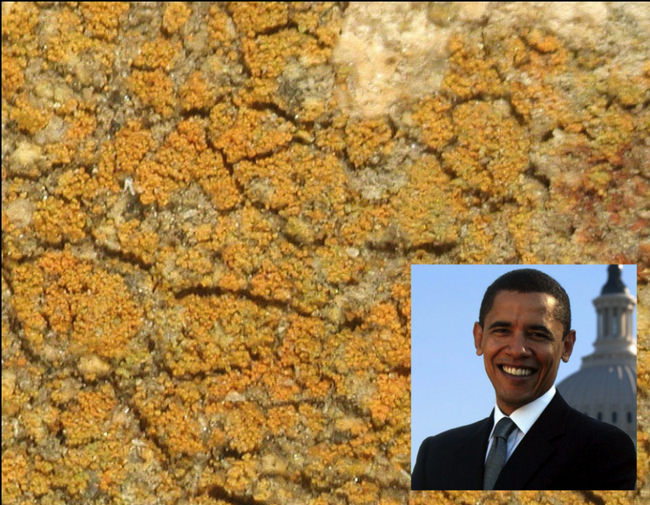 The Life of a Lichenologist – The Atlantic

Next post: Something Wonderful: Much Farming. Many Food. — “A Year On Our Farm In 5 Minutes”