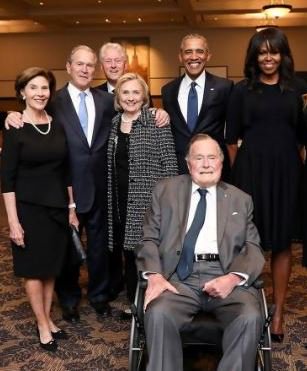 Don Surber: The post-Reagan years summed up in one photo

The left hates Trump, it is true. But they don’t hate him for any intrinsic reasons. For all his moral frailties the man is Martin Luther compared to the left’s degenerate menagerie. Instead, they hate him because they see you in him. He is the leader of the left’s Other. And the Other, not merely its masthead, is what they want destroyed. That’s why I wish nice, solid conservatives could see the battlefield beyond their nose. The Rusty Toggle

“More immediately, Hogg needs to figure out college. He has declined an offer of admission at UC Irvine, where he might have otherwise gone, but applying to schools again this fall isn’t very appealing – he knows he tests poorly, and he doesn’t like to write.” – NYMag  This is a C- student on his best day, who realizes he has no hope in Hell of competing with the average student in the UC system, and attendance at college would serve to return him to his drab, pre-fame whore existence in about 0.2 seconds: he’d be just another inadequately-prepared beta-cuck soyboy there among thousands, and once word of his middling to failing grades got out (as it would) he’d be rightly and promptly seen far and wide as the delusional yammering dipshit he really is and always will be. Raconteur Report: Proper Fisking Of A Proto-Sociopath

The Warning Signs   That’s what puts the Left’s howling about a civil war in perspective. They have been waging a civil war on the rest of us for a couple of years. They have normalized the idea of using public companies to strip people of their right to participate in public debate. They have normalized the idea of stripping people of employment due to their politics. They are now the proscribing people because they hold the wrong opinions. Banning people from using breathing is next. The only thing missing is a coup and a dictator. 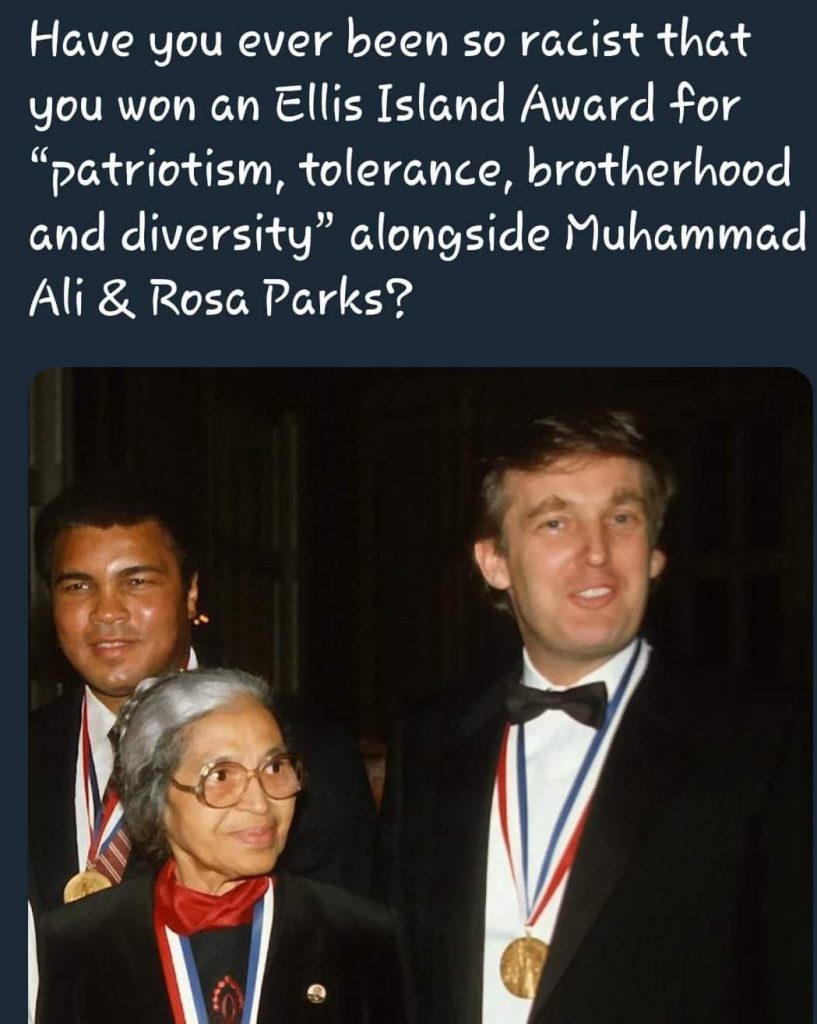 Has Trump kept his promises to his supporters? Has he stayed the course he set for himself of making America great again?    That loyalty is the character trait that matters most in a leader, and should matter most in any assessment of Trump. He has taken great personal risks and incurred great personal costs. His reputation for example, was pretty good before he ran against Democrats and their media, who fueled an epidemic of hate portraying him as a racist and neo-Nazi. I’m betting there isn’t another Republican who would not have wilted under these attacks. Who would have had the fortitude to stay the course, and keep his promises. That’s really good character. And it’s presidential.

Speed Lock: The Blind Engineer Who Brought Cruise Control to Modern Cars    Teetor was riding around one day in a car with his patent attorney, who often drove him places, when the discomfort of speeding up and slowing down gave him the idea for cruise control. Teetor noticed that his driver would accelerate when listening and decelerate while talking. Nauseated by these shifts, he began tinkering with a device to manage speed, receiving a patent in 1945. Over the course of its development, hevariously called his invention things like Controlmatic, Touchomatic and Pressomatic before settling on Speedostat. Google data collection research –    A dormant, stationary Android phone (with the Chrome browser active in the background) communicated location information to Google 340 times during a 24-hour period, or at an average of 14 data communications per hour. In fact, location information constituted 35 percent of all the data samples sent to Google.

Despite Comey Assurances, Vast Bulk of Weiner Laptop Emails Were Never Examined    Only 3,077 of the 694,000 emails were directly reviewed for classified or incriminating information. Three FBI officials completed that work in a single 12-hour spurt the day before Comey again cleared Clinton of criminal charges.

The Bombs of August    In the security and prosperity of peace, it is now common to fault Truman for his seemingly cruel decision. But in 1945, many Americans were blaming the U.S. government for thousands of American deaths from fighting in the Pacific. Right after the war, they complained that the atomic bombs should have been used even earlier to preclude nightmares such as Okinawa. We also forget that Imperial Japan of 1945 was not the model democracy of Japan today, but a brutal, genocidal dictatorship. By August 1945, it already had butchered millions of Asians in occupied China, Southeast Asia and the Pacific.

Post-death, “you must dig up his body and flay the skin of the corpse in one piece from the waist down. As soon as you step into the pants they will stick to your own skin.” The Creepy Icelandic Pants Made of Human Skin There is no chance for civic peace when a plurality of increasingly hard-left Democrats now favor socialism, don’t love America and have no empathy for Americans. They routinely undermine the rule of law, via illegal immigration, voter fraud, and sanctuary cities. They are silent about the escalating physical violence and harassment—555 examples at last count—toward Trump supporters.   With censorship, limited rights of conscience, violence, unequal justice, and a rogue governing elite, recent events confirm we have fully crossed the line from a voluntary civil society to a coercive political society. Our culture war is now fully out in the open and there is no middle ground. Take your stand.  The Gathering Civil Liberties Storm

Dubious Victorian Advice for Keeping 6 Unusual Pets    Fermor recommended that a whole room be set aside for the use of the monkeys: “The furniture of such an apartment need not be expensive—poles, ropes, bars and swings are what the occupants will appreciate more than chairs or sofas.” If just one monkey was to be kept, it could be attached to a light, strong chain, which should be affixed to something it couldn’t drag around. But Fermor cautions: “The Larger monkeys cannot be given as much freedom as their smaller brethren, for should one of them embark upon a tour of destruction, or give free rein to his impish wickedness, it would be a serious matter to restore order.” So here’s my question for the “Get Rid of Plastic Straws” Movement, which has been going strong for about six years now and recently claimed victory in the form of Starbucks (no more iconic green plastic straws) and Marriott International (eliminating plastic straws in all hotels and, to make it clear how cool they are, plastic stirrers as well—that would be those doodads used to mix cream into hot coffee or vodka into Bloody Marys).

My question is: Why have you been yelling at us for the past thirty years to do the much simpler thing, which is simply drop the plastic straw into the recycling bag once you’re done with it?

By recycling bag I mean those extremely expensive translucent blue plastic garbage-can liners that we buy in bulk at Target and Costco so we can be responsible and make sure that, rather than sending throwaway plastic to a landfill or choking a dolphin with an Old Milwaukee six-pack twisty, all that stuff is directed toward the manufacture of ugly molded deck chairs for patios in Chagrin Falls, Ohio, like God intended.

“There are always two ways to solve a problem in America: the New Jersey way, and the California way.”
Are you following this? Ever since the ’70s we’ve been told to educate ourselves about recycling, buy the accessories, sort the trash, make sure the plastic goes to whatever mysterious MacGyver factory in the Midwest does the alchemy on it, and by doing that we’ll be following the example of the immortal Lady Bird Johnson, who coined the injunction “Don’t Be a Litterbug!”   500 Million Lazy Environmentalists