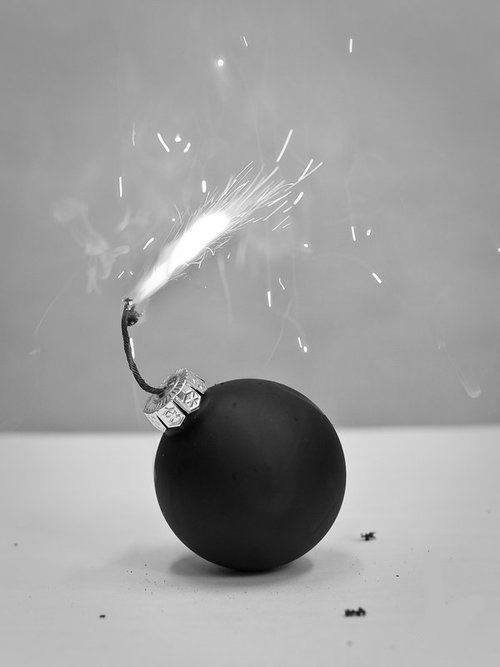 But first, one of the most stirring opera duets in existence will improve your day.

Trump Trolling Level: Expert The man does more trolling in 140 characters than most democratic operatives with bylines™ can do in a whole column.

The New Romantics In the US, public intellectuals are chattering skulls on cable TV, who spit out vapid platitudes approved by the people in charge. Literature, of course, is now dominated by women, so it has no point and no audience, outside the academy.

Out of the Shire: Life Beyond Tolkien Tolkien has far exceeded that of his closest friends. For almost anyone under the age of 70, Tolkien is a champion of great art and high imagination. For an older generation—in general—he still, unfortunately, represents decadent hippiness, magic mushrooms, and psychedelic tuning out.

Cairo Aims for Crackdown After IS Terrorists Attack al-Rawda Mosque According to Egyptian authorities, this terrible attack killed 305 innocents—27 of them children—and injured 128. The gunmen are widely believed to be followers of the Islamic State, which has put down deep roots in Sinai. Although there have been no claims of responsibility to-date, survivors report that the killers brandished the trademark black flag of jihad, an IS symbol. Some of the terrorists were masked, while others eschewed the usual IS get-up of long hair with thick beards—they looked like professional killers, clad in black t-shirts and camouflage-print trousers.

“If I had but one bullet and were faced by both an enemy and a traitor, I would let the traitor have it.”” — Corneliu Codreanu

“You are fake news.” The hosts of MSNBC’s “Morning Joe” did the usual day-after Thanksgiving kibitzing on the air on Friday morning, telling viewers about their turkey dinners and mentioning the big football game the night before. One problem: None of those things had actually happened at the time Joe Scarborough, Mika Brzezinski and Co. started talking about them. The program that aired Friday morning was taped Wednesday, but made to look and sound as if it was airing live.

Las Vegas Shooting: More Rose Fertilizer BTW, they have no idea why Paddock is supposed to have started shooting. Nor why he stopped. Nor why he quit with over 4,000 additional rounds remaining. I repeat, this wasn’t a mass shooting as much as it was a photo op. One or two weapons is a shooter. Twenty-three is a press release. And quitting while fully healthy, with over 80% of your rounds remaining? The simple answer is that the shooter didn’t want to get caught. And didn’t.

“Out Of Control Genocide” In Baltimore, Residents Support Martial Law Baltimore is home to about 615,000 people, but the city has more homicides than New York or Los Angeles, both of which have far larger populations. Earlier this year, Mayor Catherine Pugh called in the Federal Government in hopes to restore order. She was even quoted, “Violence in the city is out of control.”ｦ

No End – Mountain*7 Beyond all of this, a friend and family member is in the reachless fathoms of dementia. He is cared for by the most extraordinary people, in the most extraordinary, selfless ways. He is an erasure, and they, in turn, suffer a kind of erasure themselves. But they continue to search for him and provide the softest, safest space for his gradual and terminal disappearing. Onward he goes, propelled by who knows what mysteries, into the trackless wild. K, as you go, they are there, they are there, and that heat you feel, that is they, brandishing the weight of love’s flaming torches.

Antwerp Diamond Heist: Inside The $100 Million Getaway The thieves got through the 10 layers of security, previously thought to be impenetrable. They bypassed cameras, the combo dial, the keyed lock, magnetic sensors, the locked steel gate, light sensors, heat and motion sensors, and keypad disarming sensors. They used aluminum to trick the magnetic field and stripped plastic off the wires of the sensor’s circuits. Then, they loaded up bags of diamonds and other jewels. It took two hours to get it all out of the building.

And last, but by no means least, the gift of Hitler that keeps on giving….