Let’s Review 89: Of the Beauty of Frou-Frou vs the Ugly Feckless Fools 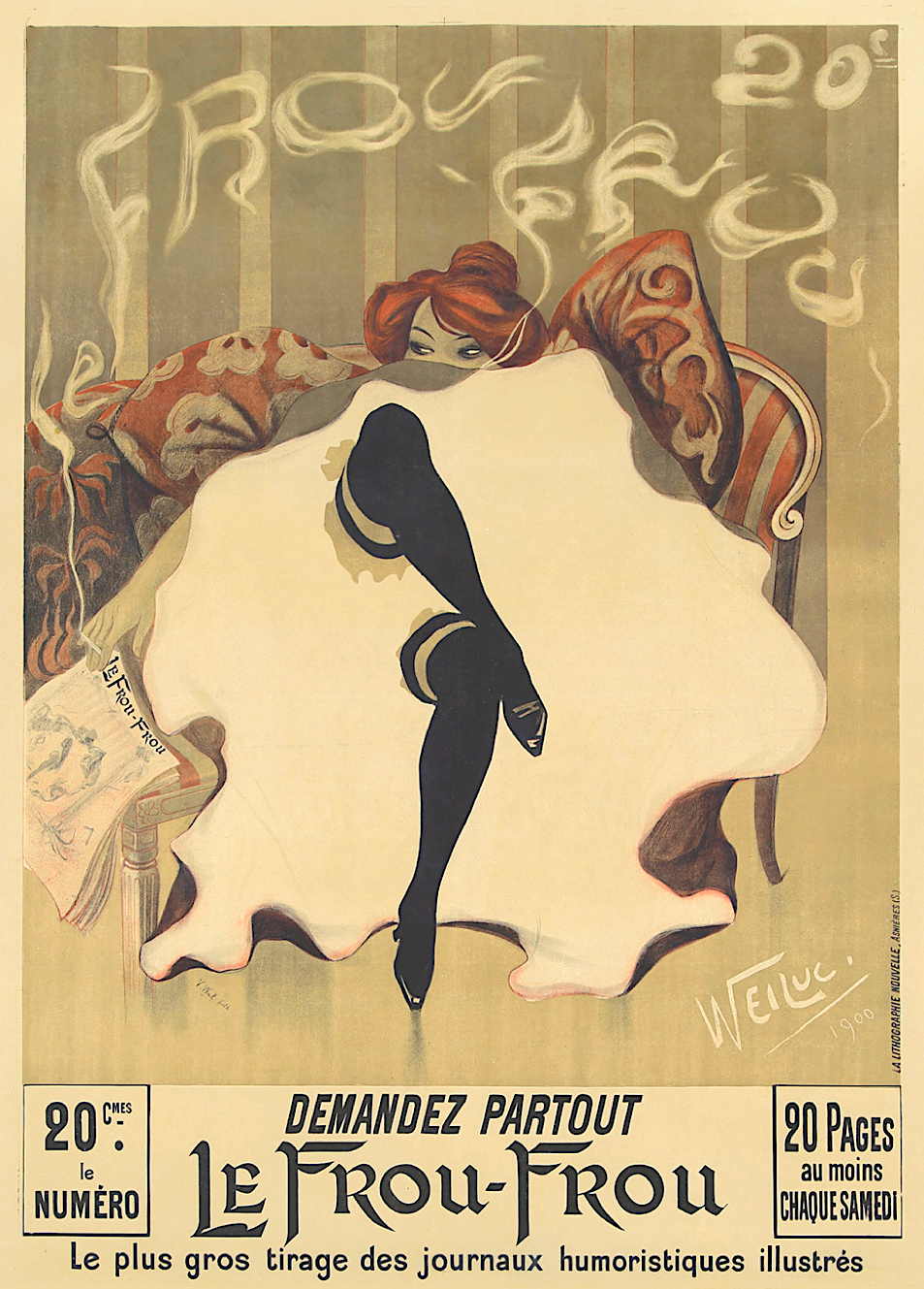 Le Frou-Frou. 1900. Weiluc. One of the greatest, most alluring posters in the world: those sly cat eyes, those sumptuous cushions, that seductive plume of cigarette smoke, and most breathtaking: the white negative space of the petticoats, on which to dream. Le Frou-Frou was a light-hearted, satirical publication that ran from 1900 to the beginning of World War I; its pages contained pictures of can-can dancers, cartoons, humorous anecdotes of Parisian life, and more risqué elements like some of the first advertisements for condoms.

The critical fraction of American gun owners that would have to be hard-core enough to resist confiscation with lethal violence in order to stop the attempt is lower than 1 in 317. Probably much lower. Especially if we responded by killing not merely the doorknockers but the bureaucrats and politicians who gave them their orders. Which would be more efficient, more just, and certain to follow.

Laws are neglected and a full-court press of propaganda from education to television endlessly clobbers Westerners from every conceivable angle that this is good for them, when it very obviously is not. A substantial minority have bought this fiction hook, line, and sinker, unshakably convinced that it is their moral imperative to be dispossessed and, in extreme cases, exterminated. The Anatomically Correct Banana

Well, @kathygriffin thinks the First Lady’s name is “Melanie.” So do all of Kathy’s followers. Here’s what’s even funnier: “Feckless” means exactly the opposite of complicit. Neither Kathy nor Samantha Bee actually knows that feckless is used to describe those with no power, no strength, and no ability. A feckless person CAN’T do anything. But these harridans are too stupid to know that. 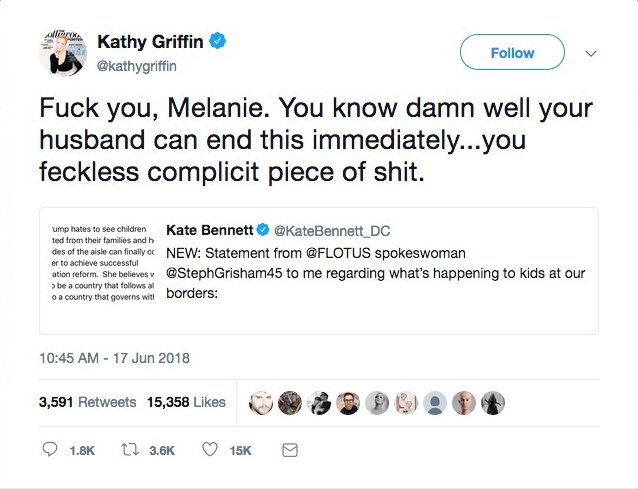 I guess I should just be quiet and let the liberal establishment continue to attack President Trump for refusing to submit to the demands of a bunch of foreigners. As Napoleon warned, perhaps apocryphally but accurately, never interrupt your enemy when he is making a mistake. And it is crazy to think that the American people are going to punish a president who sides with them over that schnitzel-snarfing frau, Monsieur Les Eyebrows, and the rest of the globalist twits. Oh, and let’s not even get started on how they can’t help but manufacture reasons why Trump shouldn’t take a chance on avoiding a war that would lead to thousands of Normal American families burying sons and daughters. Yeah, shaking Rocket Man’s hand is pretty much Munich 2: The EnNorkening. 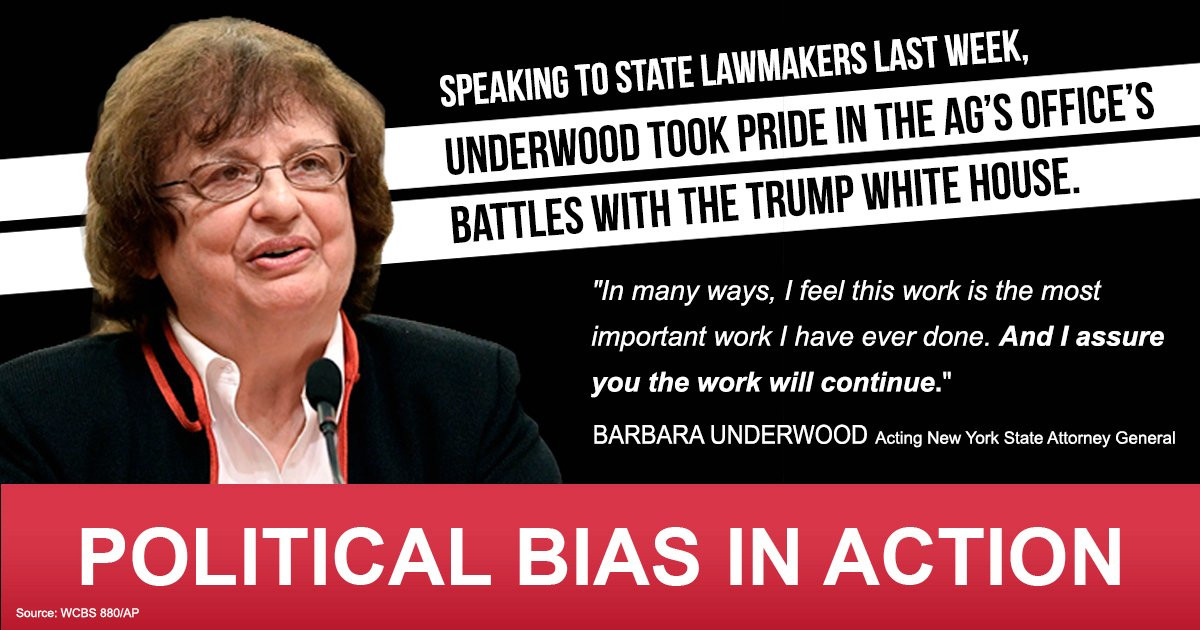 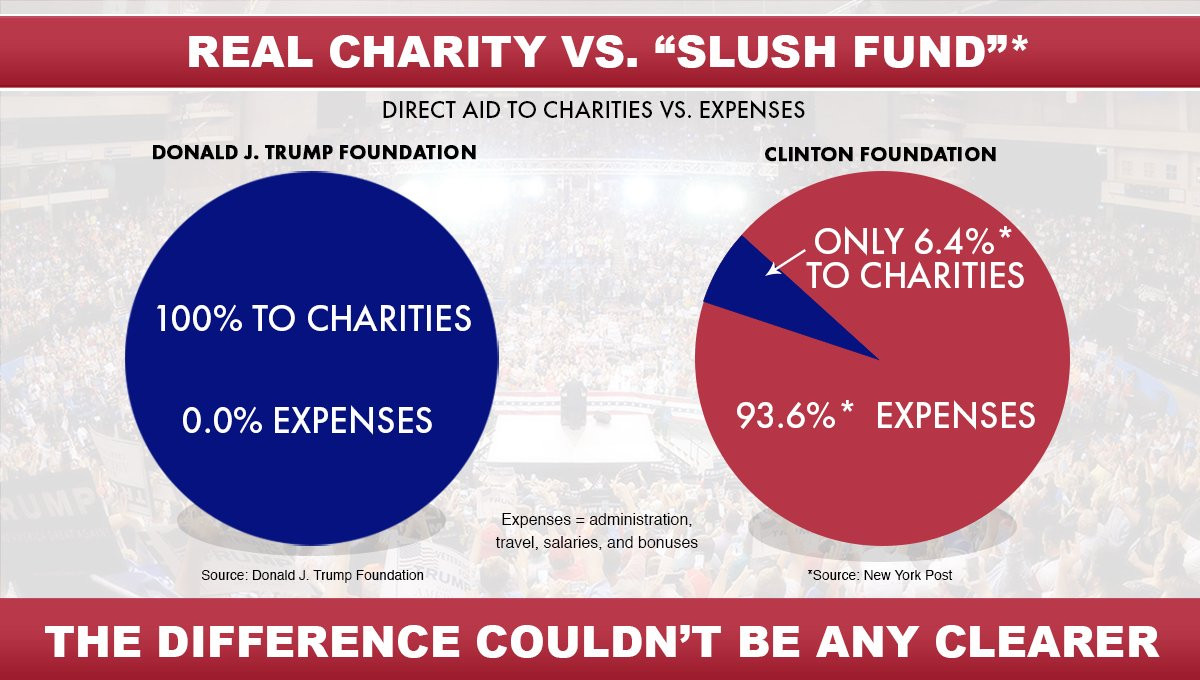 Or a genius who called the universe as he saw it. Einstein’s travel diaries reveal ‘shocking’ xenophobia Written between October 1922 and March 1923, the diaries see the scientist musing on his travels, science, philosophy, and art. In China, the man who famously once described racism as “a disease of white people” describes the “industrious, filthy, obtuse people” he observes. He notes how the “Chinese don’t sit on benches while eating but squat like Europeans do when they relieve themselves out in the leafy woods. All this occurs quietly and demurely. Even the children are spiritless and look obtuse.” After earlier writing of the “abundance of offspring” and the “fecundity” of the Chinese, he goes on to say: “It would be a pity if these Chinese supplant all other races. For the likes of us the mere thought is unspeakably dreary.” 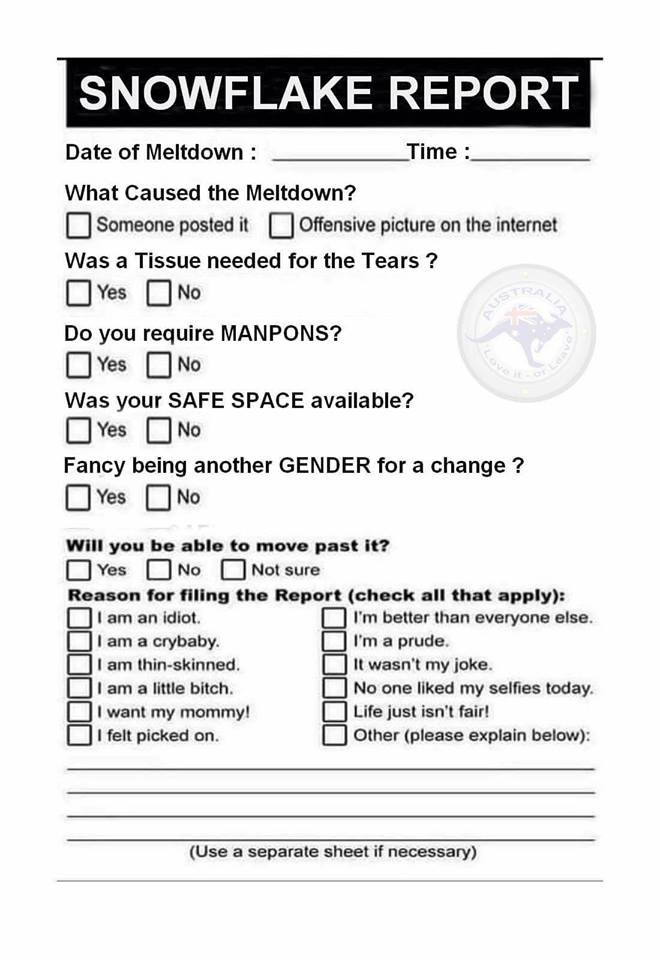 “Everything in our age conspires to turn the writer, and every other kind of artist as well, into a minor official, working on themes handed down from above and never telling what seems to him the whole of the truth.” —George Orwell

Furthermore, men tend to be more motivated than women to achieve at the highest level. There are simply a lot more male workaholics than female ones. There are two straightforward reasons for this difference. Most women want to have children, who, as everybody knows, take up an enormous amount of time and energy. And more than women, men feel a need to attain high status, or anyway, sufficient status to be appealing to women and to provide for them and their children.

So every time Jimmy Conway opines, Kathy Griffin spouts, and Samantha Bee nauseates the vast majority of the United States, it is a small caliber mortar round aimed at their idea of the hoi polloi. The misaimed projectile is lobbed high into the vastness of pop culture, coming down with a Trump vote-increasing hiss in locales like West Virginia and Wyoming, places that the president won with 68 percent of the vote. Are they going for 80 percent? Seems so.

I’m gay, but I’ll pass on Pride Month The sinister side effects of the modern Pride movement don’t stop there. It’s understandable that after decades of oppression and discrimination, gay people might want to let loose and celebrate their sexuality — but too often, these marches devolve into the same stereotypes of sexual deviancy that they’re supposed to be dispelling.

The majority of politicians experiencing the threats appear to republican. Which just goes to show that liberals intend to use violence and theft to get people to conform to their ideas rather than use peace and voluntary interaction.

Never Yet Melted ｻ Bring the Grizzly Back to California? Grizzly bears and self-entitled hipsters in t shirts and Bermuda shorts sharing the wilderness a hop, skip, and a jump from densely populated suburbs? Old Ephraim traveling down the arroyos in the dry three-quarters of the year from the Santa Cruz Mountains right into Palo Alto and Atherton? Big, hungry bears munching cyclists and joggers in the San Gabriels bordering LA? The tree-hugging California environmental whackos want those bears back, and the bears will want breakfast. I call that a win/win.

Instapundit MY TAKE ON THE OIG REPORT: It’s 500 pages long, it’s got some serious dirt in it, but overall it’s a modified limited hangout. There’s much worse stuff still waiting to be reported. Or not reported.

Don’t Eat Before Reading This | Good food, good eating, is all about blood and organs, cruelty and decay. It’s about sodium-loaded pork fat, stinky triple-cream cheeses, the tender thymus glands and distended livers of young animals. It’s about danger—risking the dark, bacterial forces of beef, chicken, cheese, and shellfish. Your first two hundred and seven Wellfleet oysters may transport you to a state of rapture, but your two hundred and eighth may send you to bed with the sweats, chills, and vomits.

Gastronomy is the science of pain. Professional cooks belong to a secret society whose ancient rituals derive from the principles of stoicism in the face of humiliation, injury, fatigue, and the threat of illness. The members of a tight, well-greased kitchen staff are a lot like a submarine crew. Confined for most of their waking hours in hot, airless spaces, and ruled by despotic leaders, they often acquire the characteristics of the poor saps who were press-ganged into the royal navies of Napoleonic times—superstition, a contempt for outsiders, and a loyalty to no flag but their own.

The Best Way to Wipe Your Butt, According to the Experts “It’s called perianal dermatitis,” Asbury tells Mental Floss, describing the kind of topical irritation that afflicts people who are wiping poorly, infrequently, or overzealously. In an attempt to clean their rear end, some people scrub so violently that the American Society of Colon and Rectal Surgeons has given a name to the resulting tenderness: Polished Anus Syndrome, or PAS. 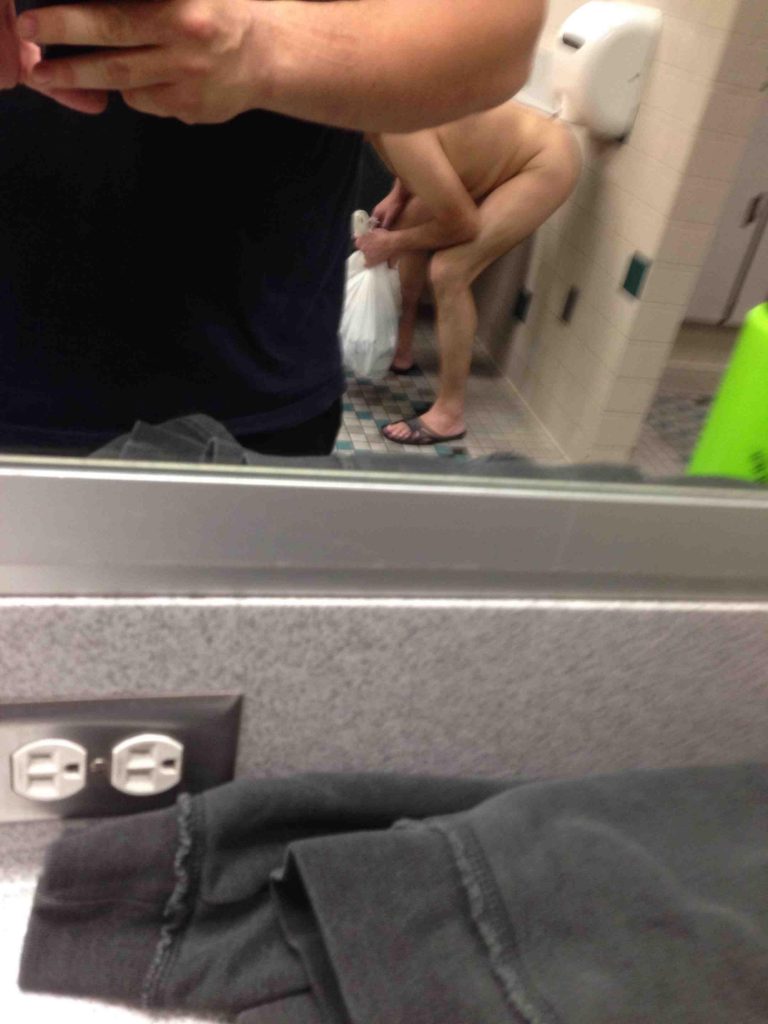 [Note: Using the air-dryer in the men’s room is not considered good form.]

Why a Hawaiian Volcano Is Sprouting Golden ‘Goddess Hair’ – “Imagine inhaling tiny slivers of glass. That’s what the Pele’s hair is,” Swanson told Live Science. “It can inflame and irritate anything that comes in contact with it.”