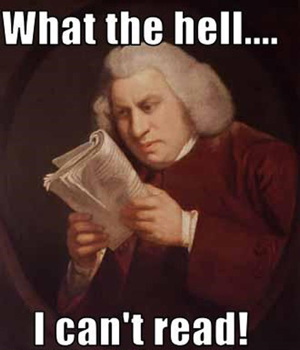 I have forgotten how to read – Turning, one evening, from my phone to a book, I set myself the task of reading a single chapter in one sitting. The failure was also not a surprise. Paragraphs swirled; sentences snapped like twigs; and sentiments bled out. The usual, these days. I drag my vision across the page and process little. Half an hour later, I throw down the book and watch some Netflix.

Out for dinner with another writer, I said, “I think I’ve forgotten how to read.”

“Yes!” he replied, pointing his knife. “Everybody has.”

He nodded: “Nobody can read like they used to. But nobody wants to talk about it.”

Serendipity Imagine if Clinton were president. The CIA meddling in our politics would only have accelerated. The corruption of the FBI would never have been revealed. In fact, it would have metastasized. People like to focus on the policy issues that would have been different with Clinton in power, but without the miracle of Trump, Washington would be ruled today by a dumpy old Caligula in a muumuu.

Hiking? Pack a rock.   “If in the very unusual event that a cougar attacks you, fight back with rocks, sticks, tools or any items available.”— Oregon Department of Fish and Wildlife.

Mountain Lion Kills 1, Injures Another, 30 Miles East of Seattle Coastal cities and suburbs densely inhabited by granola-crunching moonbats on bicycles exist just a short distance from genuine wilderness. The crunchies love the scenery and think nothing of going off into an out-of-doors shared with large predators unarmed, unprepared, and unaware. 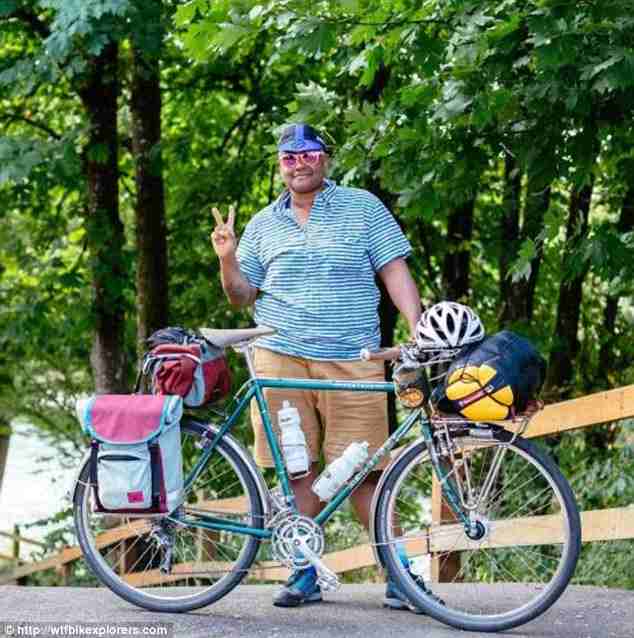 According to the Seattle Bike Blog, Brooks (pictured) was an avid biker, who co-founded Friends on Bikes Seattle to create a bike community where women/trans/femme/non-binary people of color could come together and have fun on bikes… 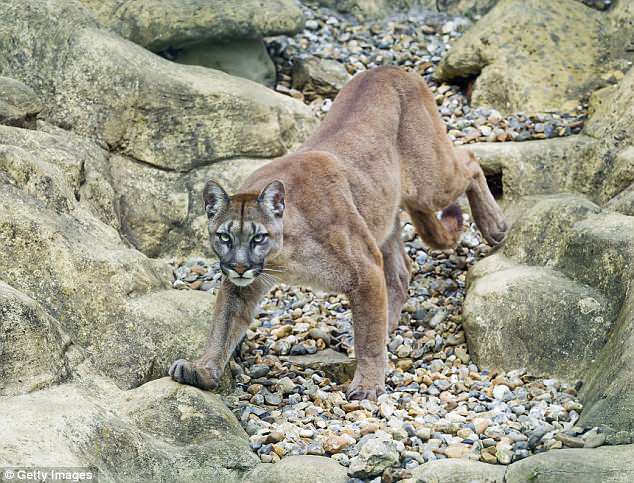 “And s/he’ll have fun fun fun til her daddy takes her t-bike away.”
[HT: Rob DeWitt]

‘My dog shot me’          “I carry. It’s a Ruger 9 mm, and it’s got a safety on it,” Remme said. “I was lying on the couch, and we were horsing around, me and the dog. And I was tossing him off my lap, and he was jumping back on my lap. And apparently he bumped the safety one time, and when he bounded back over one of his toes went right down into the trigger guard. It has a trigger safety as well as a thumb safety, and he managed to hit both of them, and it discharged and went into my leg, did no major damage to anything.” 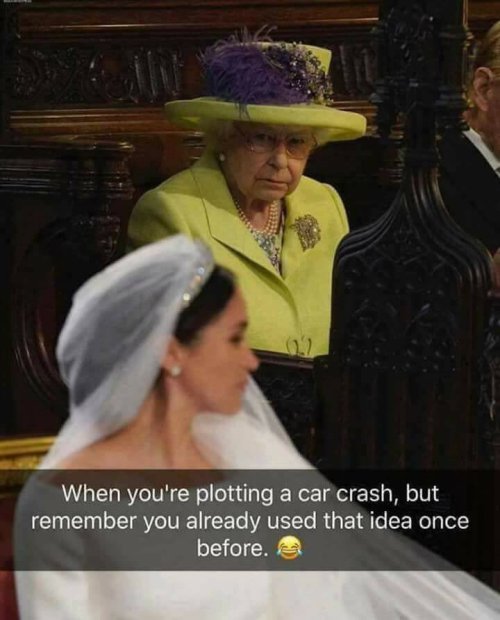 I’m thinking that the Democrats who are making such a big deal out of these ads really don’t themselves believe in democracy. They have been going on and on for a year and a half about how Donald Trump shouldn’t be President. Personally, I want to believe in democracy, and what I saw back in November 2016 is that the American people voted Donald Trump into office. I accept that he is rightfully President because he won the election. It bothers me tremendously that so many people won’t do that. I think they do not believe in democracy. 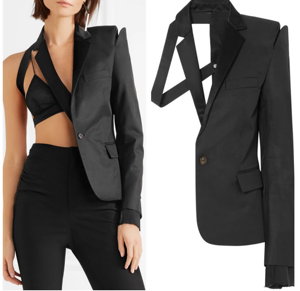 With over one billion US dollars being spent every day worldwide on ‘climate finance,’ the global warming scare is unquestionably the greatest deception in history. It is also the most effective because it uses false science.

Spoilsports: Police in Indiana are warning anyone who picked up $20 bills that fell from the back of an armored truck on the freeway not to keep the cash.

Then felt I like some watcher of the skies
When a new planet swims into his ken;
— Proof of ‘Planet Nine’ May Be Sewn into Medieval Tapestries Planet Nine, if it exists, would have about 10 times the mass of Earth and orbit 20 times farther from the sun than Neptune does.

Teeth-Nails Exist, And If You Think They Can’t Get Any Worse, Watch This Video 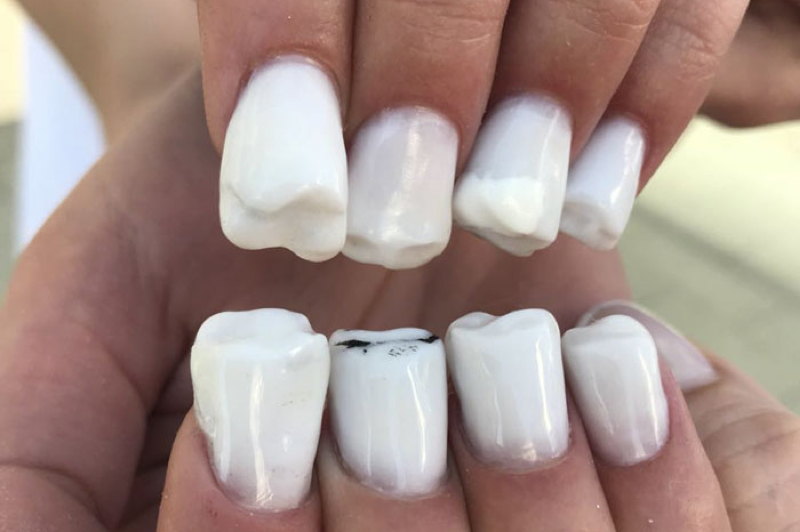 ‘Murdaland’: Baltimore Homicides For 2018 Spike At “Second-Fastest Pace In A Decade” Democrats have ruled City Hall for more than 50 years, as hundreds of thousands of residents have fled the region over the decades  sending the total population to a 100 year low in 2017.

Then there’s always… The Homeless Hole That Ate Los Angeles At the rate of $479,000 per unit, trying to house every homeless vagrant will quickly outpace any of the old tax hikes and revenue plans. When 26,000 new homeless people can show up in 6 years, building housing for all of them would cost $13 billion.

Right-Wing Activism Always Fails – In reality, there are no powerful right-wing institutions, few if any powerful people who are openly right-wing, and no powerful right-wing political parties on the cusp of seizing power. But if the ordinary person realized and internalized that fact, there would be no need for the radically left-wing parties masquerading as level-headed moderates that rule Western countries nowadays. The Brown Specter keeps the Reds in power.

The “low threshold” shooters are motivated by “powerful grievances,” but as the riot spreads, the justifications are often manufactured, and the shooters more and more “normal.” “Let’s not kid ourselves that if we passed the strictest gun control in the world that we would end this particular kind of behavior.”

When a system is undeniably confronted with deceitful lawlessness it is like finding the dealer was cheating at cards. Trump, by officially demanding an answer into whether the previous administration engaged in political spying, is effectively accusing them of cheating at cards. As everybody knows, once you ask this question at a table, the surface game stops and a deeper game begins. Suddenly the little cardboard rectangles don’t matter anymore.

Previous post: Neo-NeoCon Says This Is Worth Watching. She’s Right.