No mirror is visible — nor chairs. Two large sofas, of rose-wood and crimson silk, form the only seats. An octagonal table, formed entirely of the richest gold-threaded marble, is placed near one of the sofas — this table is also without cover — the drapery of the curtains has been thought sufficient. Four large and gorgeous Sevres vases, in which grow a number of sweet and vivid flowers in full bloom, occupy the angles of the room. A tall and magnificent candelabrum, bearing a small antique lamp with highly perfumed oil, is standing near the head of my sleeping friend. Some light and graceful hanging shelves, with golden edges and crimson silk cords with gold tassels, sustain two or three hundred magnificently-bound books. Beyond these things there is no furniture, if we except an Argand lamp, with a plain crimson-tinted ground glass shade, which depends from the lofty ceiling by a single gold chain, and throws a subdued but magical radiance over all. Edgar Allan Poe, The Philosophy of Furniture 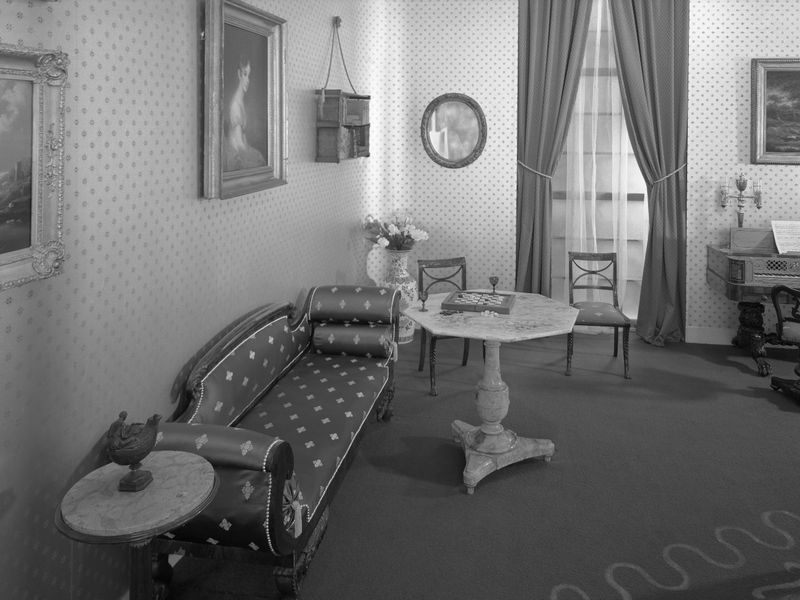 Last Man Standing Will Return to Fox This is welcome news to many fans who were outraged upon Last Man Standing’s sudden cancellation on ABC despite its superb ratings… many suggested it got the ax due to the show’s right-leaning slant.

The Essence of Cultural Marxism: No Truth, Only Power It is pointless for us conservatives and old-school liberals to stand around identifying contradictions and hypocrisies in how the progressives behave. They don’t care! They aren’t trying to apply universal standards of justice. They believe that “universal standards of justice” is a cant phrase to disguise white heterosexist patriarchal supremacy. They believe that justice is achieving power for their group, and therefore disempowering other groups. This is why it’s not racist, in their view, to favor non-whites over whites in the distribution of power. This is why they don’t consider it unfair to discriminate against men, heterosexuals, and other out-groups.

Dead Man Dining: Elvis used to fly from Memphis to Denver, to Colorado Mine Company. He’d go there to get the Fool’s Gold Loaf. It’s a sandwich that consists of a loaf of buttered bread, a full jar of creamy peanut butter, a full jar of grape jelly, and a pound of bacon. Elvis would fly out to Denver in his Convair 880 to pick up 20 or 30 Fool’s Gold Loafs. Sometimes he himself would eat two at one sitting. Two buttered loaves of bread, jars of creamy peanut butter, two jars of grape jelly, and two pounds of bacon. 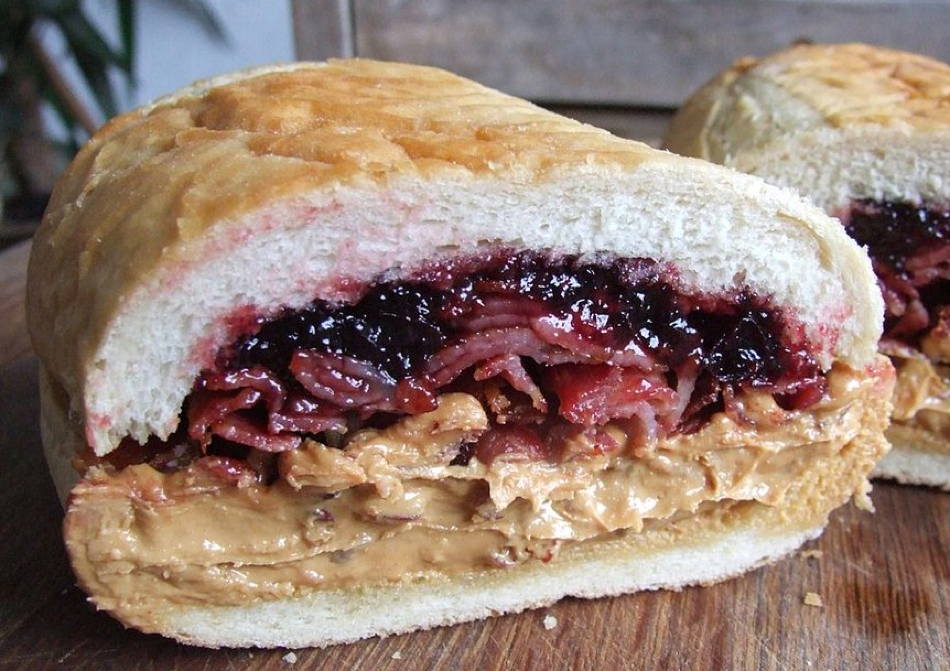 When the people in charge no longer trust the rules to protect their position, they seek to change the rules. It’s why all of a sudden the Progressives are campaigning to end freedom of speech. the truth is their enemy.

Since 1531, 22 families have controlled Guatemala’s economy, politics and culture. Another 26 families have served as a secondary elite, often marrying into the core elite.

Now, 200 years later, and with our nostrils twitching with the fresh stench of Marxism’s latest disaster, I think the moment has finally arrived that this dark faith be called out for what it is and cast aside; like Camus says, “…it is high time that the falsehood should be dispassionately denounced.” Alas, reason cannot do this for faith is at its heart an irrational entity, and not fit for governing the political affairs of men.

I’m going to delight in seeing the Islamists return Europe to a Middle Ages theocracy where the mouths of sweet liberal humanists will be forever shut. ….Poor babies, once Islam sweeps the continent, you’ll all be pining for the return of Catholic Enlightenment. 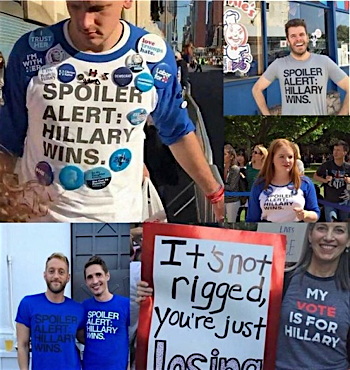 Count Thy Blessings: Under a President Clinton, we would still believe that FISA courts are unimpeachable bulwarks of democracy. No one would now know anything about past requests for unmasking and leaking to the press the names of surveilled American citizens. Rod Rosenstein or Sally Yates would remind Clinton aides of their key roles in ensuring that FISA court surveillance of Donald Trump accounted for the damaging leaks that had ensured his defeat.

McCain wants to be Wellstone II Showing all the loyalty of jackrabbit, on McCain’s way out, he has denounced his running mate Sarah Palin, proving once and for all he and his staff sabotaged her. What man does that to a woman? Or for that matter, another man.

The creeping bullshitization of real jobs. American office workers reported that they spent four out of eight hours doing their actual jobs; the rest of the time was spent in email, useless meetings, and pointless administrative tasks. And then there’s higher education.

The shell game of Bolden and Dyson, and Sharpton and Jackson before them, is to keep the passions of blacks stoked just enough to keep the grievance money pouring in, and to direct those passions away from the obvious socio-economic factors (often self-induced) and at whites and “race traitors” like Clarence Thomas and Ben Carson.

More than 20% of the companies which comprise the Russell 2000 index, and nearly 10% of companies in the S&P 500 index, burn through so much cash that they have to BORROW money just to pay INTEREST on their debts.