Abduction – Woodsen County, Kansas, 1897    Alex Hamilton of Woodsen County, Kansas, was awakened at 10:30 one night by the sound of a disturbance in the cow pasture on his farm. Peering into the night, he observed a huge airship, some 300-feet long, hovering just 30-feet over the frightened herd of cattle. A brightly-lighted control compartment under the craft was occupied by six strange beings clearly visible through transparent panels in the walls of their vehicle. Hearing Hamilton and others approaching, the weird creatures revved-up a big 30-foot rotor under the aircraft which lifted it 300 feet up into the air. Air the same time, a spotlight from the hovering vessel played on Hamilton and company, who had succeeded in getting within fifty yards of the craft. As the startling airship moved off to the northwest, it carried off a two-year old heifer dangling at the end of a cable dropped about the struggling animal’s neck. The hide, legs, and head of the unlucky cow were discovered four miles away the next day. 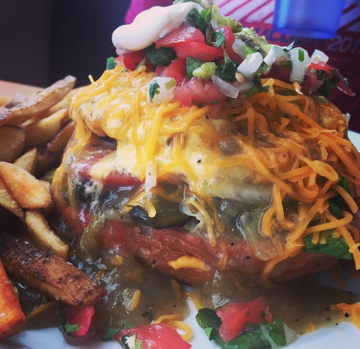 The Slopper      Many versions exist, but all approximate a cheeseburger smothered in green chile sauce and more cheese, with french fries on the side. One eatery stacks the burger patty on top of a grilled cheese sandwich. Another adds raw onions and oyster crackers upon request, akin to the toppings found on another decadent American classic, Cincinnati chili.

More! More Mexicans! Come On In! MOAR!!   Remains of 240 people buried by ‘The Soup Maker’ found in Mexico  have been discovered in Mexico as authorities say he could have killed 650

The Final Frontier: Where Chicago Serves Whole Animals for Supper – Perhaps the most show-stopping animal on the menu is a wild-caught alligator from Louisiana. Stuffed with whole chickens before being slathered in a house-made marinade and then smoked and roasted, it’s an exciting Turducken-like meal for adventurous eaters. 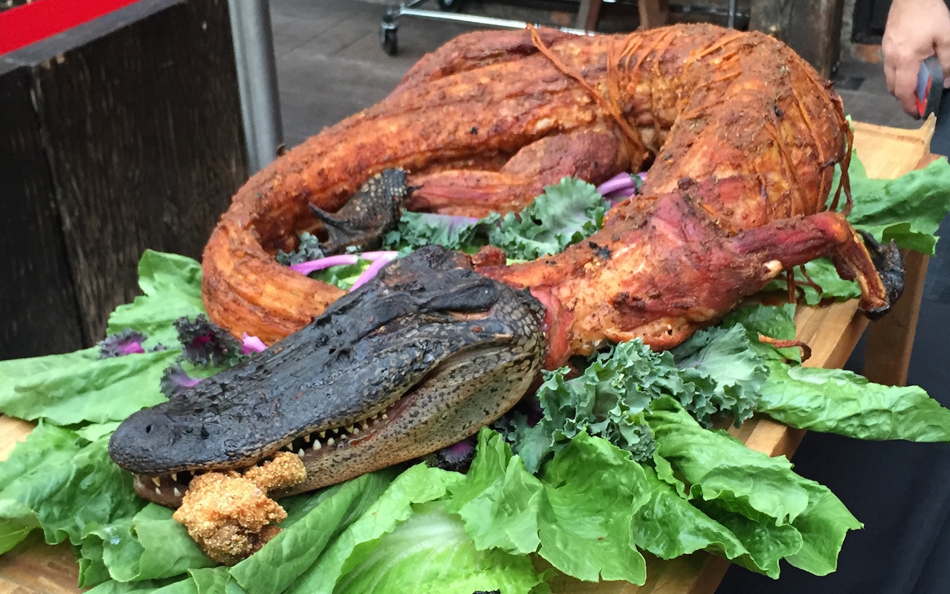 Marine’s M-107 Failed During A Firefight, So He Called Customer Service

Sultan Knish: Who Runs March for Our Lives? Donations are being directed to, “March For Our Lives Fund, 16130 Ventura Blvd Ste 320, Encino, CA 91435.” That matches the listed office address on the application for the Wishnow Ross Warsavsky & Company. The tax firm appears to have no website. The six directors lean toward Los Angeles.

The meritocracy is on the margins and most people bullshit their ways through life, only occasionally rubbing up against the actual truth and then only fractionally marching in tune with it. Disenchantment with Obligatory Seriousness – Cobb

Because man doth not live by tree alone. There’s An Online Community About Stapling Bread To Trees

Dead Batteries? “Tesla, Without Any Doubt, Is On The Verge Of Bankruptcy…”   We estimate that Tesla will need roughly $8 billion in the next 18 months to fund operating losses, capital expenditures, debts coming due, and working capital needs. However, it appears that due to past SEC investigations and current investigations (which terrifyingly have not been disclosed by the company), it will likely be difficult for Tesla to access public markets. According to a recent analyst report, there have been 85 SEC requests for additional information and disclosures in the last 5 years. This compares to Ford Motor Company’s total of zero over the same time frame. This means that Tesla is pushing many, many boundaries.

Next post: Long Read of the Week (So Far): “The Will to Power and Contemporary Politics: A Martian Perspective”