Kurt Russell with AGENT ZERO M SONIC BLASTER! “Fires booming bolts of air power! Safe! No caps or batteries needed!” Made in 1964 by Mattel, Agent Zero M Sonic Blaster blasted a DANGEROUS powerful blast of air and if that wasn’t enough, the sound of the blast measurements (which is right next to your ear) top out at a DANGEROUS 157 decibels. 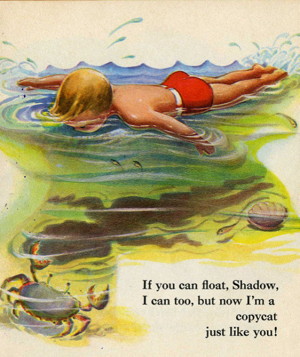 Counterattack Hard Against Liberal Attacks on Our Gun Rights and Other Civil Liberties – Kurt Schlichter We have our own political power, and we need to exercise it – ruthlessly. The first step is an executive order at the federal level directing that no federal contract can go to any company that discriminates against an organization based on its advocacy or exercise of an enumerated constitutional right. We wouldn’t allow a company to do business with our federal government if it discriminated on other grounds, so why should we do it discriminate on political grounds? Why should taxpayers be subsidizing people who hate them? When those government employees start walking past the Hertz and National counters, the liberal jerks who run those companies are going to find that they’re posing and posturing has a price.

Loose Molecules: What Has Ended and What Comes Next… | Usually, things come slowly, one small decision after another after another and you look back only to realize something is over or something new has arrived. For the jihadis, it was probably the fall of Raqqa – their “Khilafah”; though that was only the last dying whimper which caught the news; a tiny supernova of a star that had become insignificant in the affairs of men. Truth of the matter is, with each shrine explosion, each little-girl-abduction, each brutal live-streamed murder they were not bleeding out the lifeblood of their victims, but of their own utopian dream.

Sing Along with Old, Old Mitch: “The Oldest known musical melody performed by the very talented Michael Levy on the Lyre. This ancient musical fragment dates back to 1400 B.C.E. and was discovered in the 1950’s in Ugarit, Syria.

There is an island in the archipelago in Bengal Bay where time stands still and locals are willing to shoot anyone who tries to set foot on their land. Allegedly, the Sentinelese tribe who live on the North Sentinel Island in Andaman Archipelago have little to no contact with the outside world, never developed agriculture, and still practice a hunter and gatherer lifestyle as all humans once did. The world’s remotest, most secret, and most fragile places

Florida shooting shows our government institutions are failing us.We have more government, at all levels, than we’ve ever had before. Yet failures like this keep happening. The FBI, after all, missed the Tsarnaevs (who committed the Boston Marathon bombing) despite being warnedby the Russian government. It missed the 9/11 attacks even though it was investigating Zacarias Moussaoui — agents investigating Moussaoui hit so many roadblocks that they joked that Osama bin Laden must have had a mole in the Bureau HQ. And, of course, the San Bernardino shooters and Pulse nightclub shooter Omar Mateenescaped the net as well.

The Hidden History of Bathing in Soup Broth It turns out that Europeans have a long history of steeping themselves in meat soup, although I found that references were scattered and scant. Vats of horse broth played a role in pagan Indo-European rites across Europe and Asia in which the equine was sacrificed, dismembered, and boiled.

Sense of Events: Why the AR-15 is a very deadly military weaponThe 5.56 round is so devastating is because of its ballistic characteristics and its very high velocity. Barrel ballistics are not significant for this discussion. Flight ballistics: The bullet exits the muzzle of the AR-15 (or M4) unstable. The bullet is not merely spinning around its long axis (the front to rear line). It also “yaws” circularly, up to 4 degrees off center line (a form of gyroscopic precession). At about 100 meters, however, the yaw disappears and the round flies very stable out to about 400 meters, when it starts yawing again. Victims of school shootings are all shot at ranges of much less than 100 meters. So the bullet strikes them while still yawing. That directly affects what happens to them. 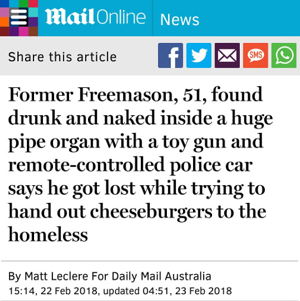 Next post: If It’s Tuesday There’s a Remus in the Woodpile