Michael Jackson and the sister he never had.

Breaking: Kavanaugh’s Accuser Says She Won’t Testify Until The FBI, Which Has Already Declined to Investigate Her Non-Federal-Jurisdiction 37 Year Old Allegations, Completes Its Investigation, Sometime After a Democrat is President

Just before the hurricane, a friend warned me about snakes getting flushed out by the rising waters. Naive me. I thought he meant on my property in North Carolina. Turns out the snakes are a bit further north . . . in Washington DC.

Wildfire in the Golden State, and especially in Southern California—the nation’s maximum fire-prone landscape—is the most dynamic, violent natural event that people engage with. In sheer energy and unpredictability, a hurricane is as close as you can come to the riotous mien of a Los Angeles chaparral fire. We do not attack hurricanes, or earthquakes, or tornadoes. We do attack, however, what is essentially photosynthesis thrown into reverse, as foliage instantaneously releases stored solar energy in the form of hot gases—what we see as flames. An Intense Look Back at the Griffith Park Fire of 2007 Los Angeles Magazine 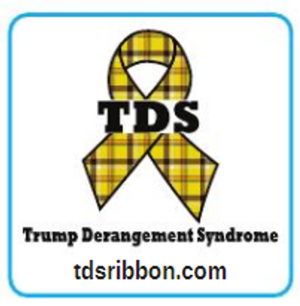 TDS Ribbons: Because It’s Time. Let the Healing Begin: By recognizing that what you are going through/feeling is Trump Derangement Syndrome, you can begin to heal Identify yourself: BE LOUD and PROUD! Identify yourself to others so you know you’re not alone. Group Healing works best. See tdsribbon.com

Muslims really do think they will conquer the world, so any little sign of advance is exciting to them.

[Swift wrote] ”as the vilest Writer has his Readers, so the greatest Liar has his Believers; and it often happens, that if a Lie be believ’d only for an Hour, it has done its Work, and there is no farther occasion for it. Falsehood flies, and the Truth comes limping after it; so that when Men come to be undeceiv’d, it is too late; the Jest is over, and the Tale has had its Effect… 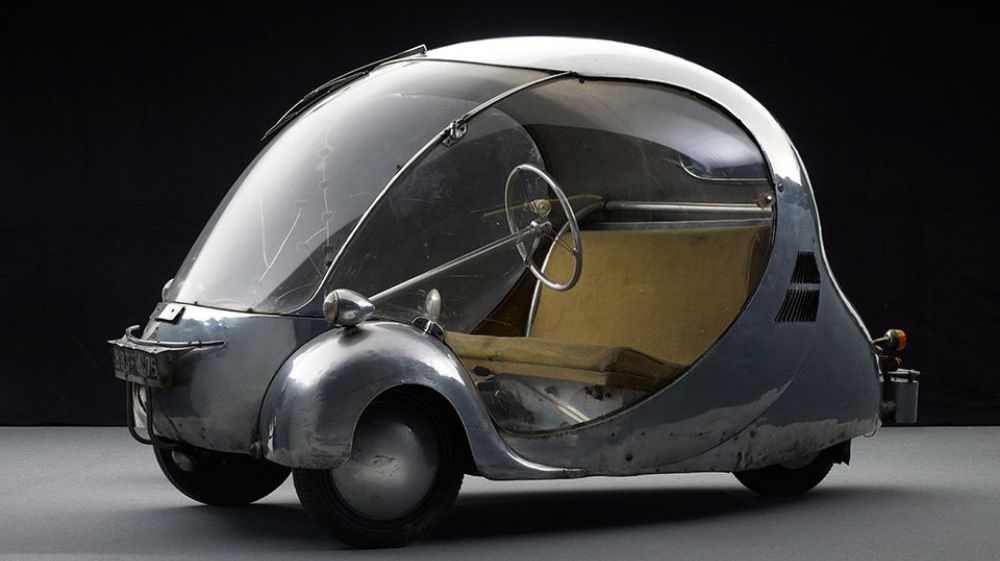 The 1942 Oeuf Electrique, or electric egg, had three wheels and ran on batteries decades after gasoline became the dominant way to power cars, and decades before Elon Musk decided to make electricity cool again. Its designer, Parisian Paul Arzens, worked as a painter and designed railway locomotives before moving on to cars. The bubble is made of hand-formed aluminum and curved Plexiglass, a novel material at the time. 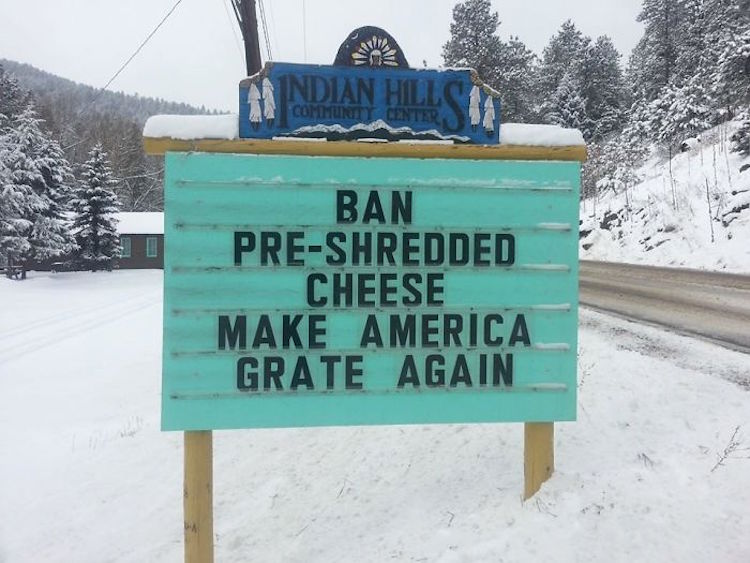 India Hills Community Center Displays Sign with Countless Funny Puns The man behind the jokes is Colorado native and volunteer at the community center, Vince Rozmiarek. He made his first sign five years ago as an April Fools prank and has never looked back. âI put up a sign that really stirred up the area,â he says. âWe have a heavy police presence in the town of Morrison, which is next to Indian Hills, and they run a ton of speed traps. The sign said âIndian Hills annexed by Morrison, slow down.’ Many people believed that prank, and the amount of attention it brought was really surprising.â

Woke Capitalism –   “We are living in an era of woke capitalism in which companies pretend to care about social justice to sell products to people who pretend to hate capitalism.”

Found: Evidence of the Oldest Beer Ever Brewed – The finding, Liu said in the release, represents “the oldest record of man-made alcohol in the world.” It also reinforces an old theory, that beer was actually a critical step in humankind’s development of agriculture. This hypothesis has been around for over 60 years, and challenges the conventional wisdom that bread, rather than beer, was the catalyst for the domestication of cereal grains. Whatever came first, the Natufians appear to have been involved. Archaeologists recently uncovered the world’s oldest-known bread remains nearby, in Jordan, at another Natufian site. Bread and beer?

There are more microbial species on Earth than stars in the sky | What about smaller species such as bacteria, archaea, protists and fungi? Collectively, these microbial taxa are the most abundant, widespread and longest-evolving forms of life on the planet. What is their contribution to global biodiversity? When microorganisms are taken into account, recent studies suggest that Earth might be home to a staggering 1 trillion (1012) species. If true, then the grand effort to discover Earth’s biodiversity has only come within a 1,000th of 1 per cent of all species on the planet.

“Virtually no idea is too ridiculous to be accepted, even by very intelligent and highly educated people, if it provides a way for them to feel special and important. Some confuse that feeling with idealism.” – Thomas Sowell 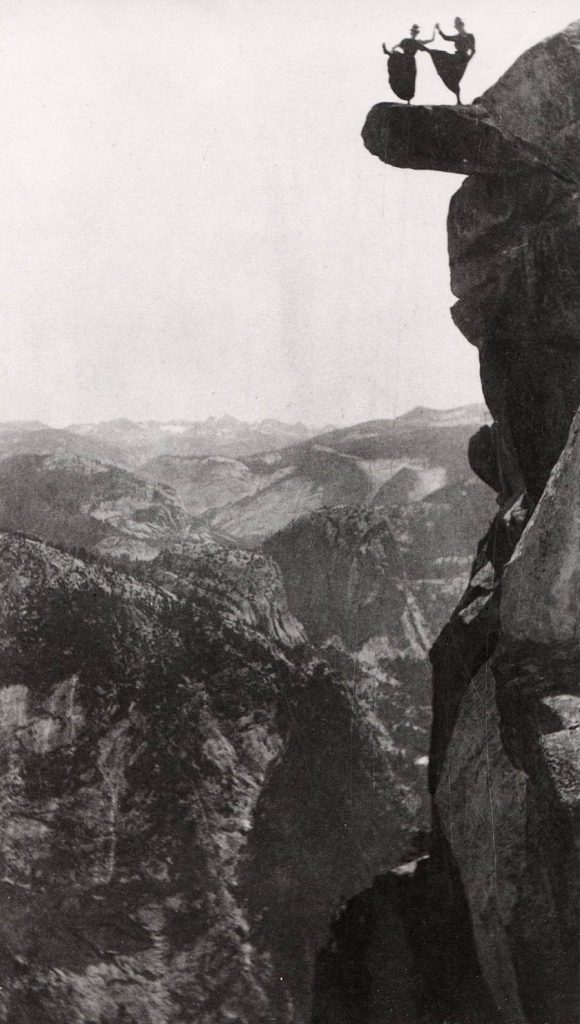 Yosemite’s Daredevil Dancing Waitresses Instant death from falling off of precipices at Yosemite National Park is a long-standing tradition at that park.

What’s really creepy is how full of themselves the Google execs are, like when Google VP Kent Walker answers a question by saying that Google must ensure that the rise of populism doesnt turn into ‘a world war or something catastrophic’. I had no idea that the guys who run Google believe it’s their job to keep history on the correct path. I thought that their job was to provide a search engine that they claim everybody can use. Except, of course, for the Chinese, whose authorities cooked up a scheme with Google to let them see only what they allow. Google’s only response to the leaked video is insist, incredibly, that their search engine isn’t biased, despite their entire executive and management levels being completely in the tank for the progressive left. So they want us to believe that we, their prospective users, are being presented with a totally neutral, totally objective search engine where nothing is filtered or left out, but on the other hand, they want to bend history along a progressive path. That’s the circle that really can’t be squared, and I don’t think Google wants you to notice.”

Barefoot Over the Serengeti: A Visit with David Read Just before dawn the roaring started up again. I was looking forward to the dawn and had been doing so for what seemed like a lifetime. But the new spate of roaring initiated a fresh bout of terror, worse than the fear I had felt during the night. However, with the lightening of the sky I regained some of my lost confidence, and while sitting there in the cab, my courage returning, I saw for the first time a lion kill carried out according to the book, which, strangely enough, is rare…A herd of about eight zebra was moving across in front of the lorry some fifty yards away, when suddenly three young lion charged them. The zebra panicked and swung back. They were in full gallop when a lioness who had been in hiding jumped on to the back of one, her forepaws and head on her prey’s shoulder and neck. She then leapt off and lay down a little way away. The zebra collapsed and never made another move; it was stone dead. 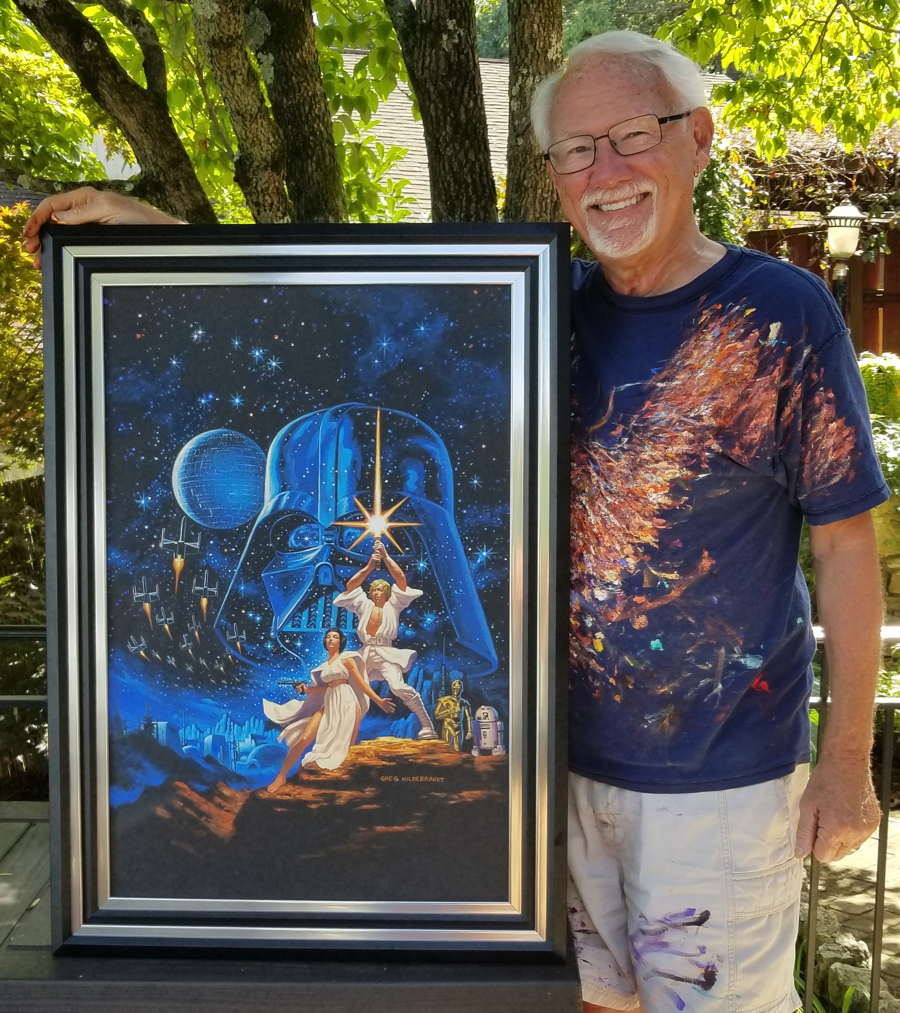 The Art of “Star Wars”: The Force Behind the Most Iconic Image in the Cinematic Universe | Like a lot of advertising art, the Brothers Hildebrandt never got their original painting back after delivering it to Smolen, Smith and Connolly in New York. “Back in the day, you did a job, dropped it off, waited for your check, and that was it. You never saw the original artwork again,” Hildebrandt says. “It wasn’t like you had signed an agreement stating that the client got to keep it, but you just assumed that it was theirs. Alan Ladd, Jr., the head of Fox studios, ended up owning the painting. A collector in France bought it from Ladd, so he’s got it now.”

What ails Main Street Every retailer is basically offering the same goods.  They’re almost all made in the same factories in China, with just the brand name and perhaps some cosmetic features to distinguish them from each other.  If you look on Amazon.com for examples, they’re legion: an expensive, name-brand product, plus half a dozen ripoff copies, probably made in the same factory or one near it, looking identical to the first, but at half the price.  Their quality may be lower (they may even be quality-control rejects from the first product’s production line), but nowadays even expensive products are effectively throw-away items once they’re out of their guarantee period.  No-one repairs electronics anymore, except at charges that are often more expensive than replacement costs.  If you can buy the same thing almost anywhere, why should you care where you buy it?