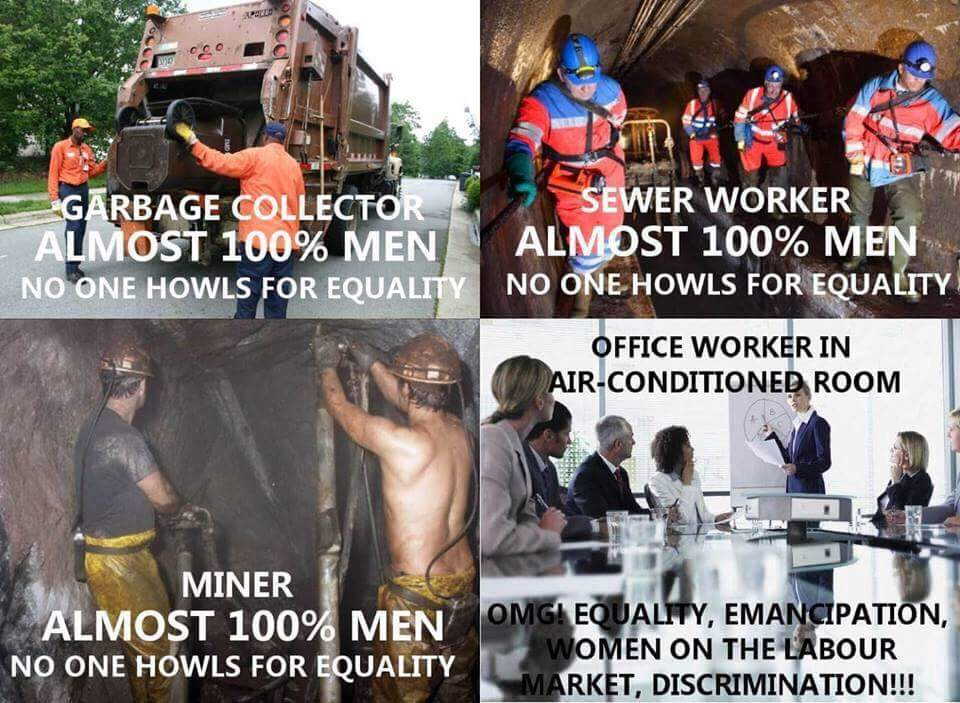 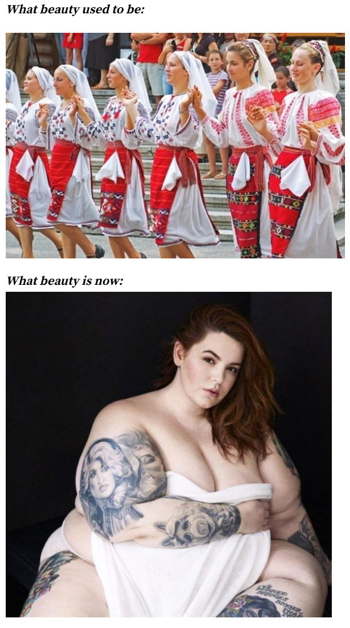 Art turned its back on beauty, it became a slave to the consumer culture feeding our pleasures and addictions and wallowing in self-disgust. That, it seems to me, is the lesson of the ugliest forms of modern art and architecture, they do not show reality but take revenge on it, spoiling what might have been at home and leaving us to wander unconsoled and alienated in a spiritual desert. — Roger Scruton in Why Beauty Matters

FATHER OF WOMAN MURDERED BY ILLEGAL ALIEN SAYS HISPANICS HAVE “BETTER FOOD” Mollie Tibbetts was a young white girl in Iowa who once posted “I hate white people” on Twitter. She disappeared in July and her dead body was found in a corn field late in August. The coroner ruled she had died from “multiple sharp force injuries.” A 24-year-old illegal immigrant from Mexico was arrested for the murder and has allegedly confessed. During Mollie’s funeral last week, her father delivered the following comments during his eulogy: Today, we need to turn the page. We’re at the end of a long ordeal. But we need to turn toward life — Mollie’s life — because Mollie’s nobody’s victim. Mollie’s my hero…. The Hispanic community are Iowans. They have the same values as Iowans….As far as I’m concerned, they’re Iowans with better food.

Leftists lie. It one of the lessons one must learn in order to function in life. Leftist politicians will lie. Leftist voters go two ways. There are the stupid ones that believe the lies. There are the evil ones, that understand the leftist politician is lying, and will support the lie. They don’t understand dialectic because they don’t recognize truth. The truth, to a leftist, is whatever narrative serves their goals.

If anyone’s income or net worth is mentioned, then EVERYONE’S income shall be mentioned, including the news-ninnies reading the story.    Example: “Rachel Maddow, net worth $20 million dollars, will interview Michael Moore (net worth before a recent divorce of $50 million dollars). Mr. Moore believes that his most recent crappy movie will finally bring down billionaire President Donald J. Trump. Unless, of course, Tom Arnold, net worth $30 million (only in America), beats him to the punch. Omarosa, professional ingrate, net worth $3.5 million (what a country!) also promises she has tapes that will bring DJT down. Formerly predicted to bring down billionaire President Trump is Porn Queen Stormy Daniels, net worth a paltry $2 Million (“crumbs” to Nancy Pelosi, net worth just under $200 million dollars).”

Any journalist inquiring about someone else’s sex life must be hooked up to a very noisy polygraph machine while doing it. Before any questioning begins, the journalist must be asked, “Have you ever groped, touched, or thought about touching anyone not your lawfully wedded spouse? Remember, 30 years ago counts!” Also, “When in a committed relationship, have you ever had sex with anyone else or tried to?” When the bells, whistles and sirens the lying has set off finally cease, the journalist may interrogate his quarry.

Beginning in 2005, I spent more than a decade as an opinion columnist for the Los Angeles Times, writing about culture and social politics and my penchant for devil’s advocacy   brought angry letters from liberals as well as conservatives. For the most part, though, I spent most of my adulthood fairly aligned with the kinds of people I’d gone to college with. That we were all on the same team was simply a given. We all read the New York Times, listened to NPR, and voted for Democrats. We would all go to the mat for women’s rights, gay rights, or pretty much any rights other than gun rights. We lived, for the most part, in big cities in blue states. When Barack Obama came into the picture, we loved him with the delirium of crushed-out teenagers, perhaps less for his policies than for being the kind of person who also listens to NPR. We loved Hillary Clinton with the fraught resignation of a daughter’s love for her mother. We loved her even if we didn’t like her. We were liberals, after all. We were family.

Advances in the ability to extract DNA from fossils is one of those revolutions in science that does not get enough attention.    Agenda driven hucksters like Stephen Jay Gould were able to get away with their schemes mostly because there was a lack of hard evidence to support or contradict theories about early humans. That’s changing as material science and genetic testing gets better and the data accumulates. The political narrative about the origins of man is falling apart, giving way to observable reality about the diversity of man.

Facebook Engineer’s Stunning Admission: “We Tear Down Posters Welcoming Trump Supporters” On Tuesday morning, President Trump lashed out at Google, with his remarks later broadening to include Twitter and Facebook, accusing it of “rigging” search results by presenting only results “from National Left-Wing Media” and accused “Google & others are suppressing voices of Conservatives and hiding information and news that is good.”

Chicago’s Zulu War: ‘The Cops Have Told Us They Aren’t Gonna Touch Them’ :    This is far from a rare occurrence in the city. The Chicago Sun-Times has spoken of “the annual summer wilding problem.” Evidently, these random attacks on white people by swarms of black teenagers happen routinely, and a Chicago police officer says department policy prohibits them from taking effective preventive measures: “All we’re allowed to do now is ‘herd’ them toward [Chicago Transit Authority] stations.”

No perceptible global warming. The reason for the high drama is that science, technology, and industrialization was created by white male capitalists, an enormous achievement for which mankind should be eternally grateful. And people who hate whites, hate males, and hate capitalism want to destroy science, technology, and industrialization. Anyone who talks about Global Warming or Climate Change in ways that imply it is an important crusade hates you and intends you harm. Maybe he wants to lower your status. Maybe he wants to exterminate your race. But either way, he is your enemy. Whosoever talks catastrophic global warming hates you and is motivated by desire to harm you.

Which party wants cops dead, while ignoring and obfuscating the identity of the perpetrators of open warfare in Chicago that literally dwarfs the body count of Iraq and Afghanistan during a full-on war? Which party demonizes people who defend themselves against thugs like Trayvon Martin and Michael Brown, knowing that those kinds of criminals prey overwhelmingly on the residents of ghetto  and barrio, while they themselves sit safely behind the walls of gated communities, with private armed bodyguards, frequently at taxpayer expense? Which party went full batsh*t crazy, and has done nothing but amplify their feces-flinging frenzy for nearly  two solid years, because they lost an election, and immediately, repetitively, and reflexively speaks openly and seriously about murdering the victor of that election?

Rasmussen Reports finds that for the month of August, the president’s approval rating rose by a point, from 46% to 47%. There must be wailing and gnashing of teeth in “news” rooms all across America. How can this be? The short answer is that half of all Americans have tuned out the liberal press. It isn’t true, as Trump once asserted in typically hyperbolic fashion, that he could shoot someone on a public street and his supporters wouldn’t care. But it is true that half of Americans have figured out–correctly–that President Trump is on their side, and the liberal media typified by CNN, MSNBC, the New York Times, the Washington Post and the Associated Press, is their enemy. So they don’t much care what the Washington Post et al. think of their president, and they don’t believe the daily attacks on him. Much more often than not, their skepticism is justified.

To use a widely-mocked example, conservatives will agree completely with the liberal premise that racial solidarity among whites alone is the world’s greatest evil. They simply mewl that Dems R Real Racists! That is to say, we’ll be better race liberals than the liberals. So having their premise completely validated, leftists who read this are only slightly moved to annoyance in responding, “No, Republicans R Real Racists.” It’s really not much of a chasm to cross.

The Rule of Law Is a Sick Joke America is not policed by cops; it is policed by Americans, who generally used to see the law as fair and equal and thereby respected and obeyed it. But now? Forget it. Our refusal to recognize the law as legitimate anymore is the real danger for the establishment. Because where there are no rules, there is only power. And at the end of the day, the militant, Second Amendment-loving mass of Normal Americans has a lot more real power than them.

The Phobia(s) That May Destroy America  But in realistic terms, there is far more threat to US science from âanimal rightsâ terrorists â the vast majority of whom are politically on the Left â than from anti-evolutionists. Also, there are certainly significant pressures on allowable and non-allowable topics for university research emanating from the âpolitically correctâ Left. And numerous followers of âprogressivismâ are believers in various forms of mysticism, such as magical crystals and a conscious Gaia, which are at least as inconsistent with pure scientific materialism as are the Biblical miracles. At the level of practical technology, the irrational hostility toward nuclear power, genetically-modified crops, etc., comes almost entirely from the Left.

How Can the Left Make Even Football Depressing?   The âsports announcerâsâ job is to indoctrinate his audience. The football is an afterthought, to the powers that be. It may be partly that all sports journalists started their careers hoping to be the next Walter Cronkite, and jump at the chance to discuss something of true societal importance, rather than merely sports. But I also think that if this announcer doesn’t start with leftist talking points, he will be unemployed by tomorrow afternoon.

Next post: Blue Wave? Red Wave? Hell, Son, When It Comes to Congress I’m Voting for a Mars Wave.

Previous post: If Elected Here’s What Kyle Green Wants to Be