I have never seen liberals be more annoying than they are now. These last few weeks really were a flipping point for me, with the depression over the Supreme Court and the way the detention centers were being spun by the liberal media. It’s obviously a game. Here’s Rachel Maddow crying on TV, and pictures of Trump detention centers. My stepfather, who is a Polish Jew, had his entire family wiped out when he was an infant. Throwing around words like Nazi, Gestapo and comparisons to Weimar Germany is like, “Really guys? You’re going there?” I’ve had enough. I think there’s a reason why the #WalkAway movement is getting it’s ten seconds of fame, because there’s a real reaction toward the stridency of how Democrats are expressing their disappointment. It’s turning a lot of people off. Bret Easton Ellis on Podcasts, Politics and How His Dark Satire Predicted Trump’s America

Ashes, ashes, all fall down! Horrified Onlookers Watch as 71 Drug Users Collapse in Connecticut Park… IN ONE DAY

There is no secular authority willing to challenge the power of the new theogarchs. Mark Zuckerberg went to Congress and lied his face off, knowing they were afraid to lay a hand on him. By the 2020 election, social media will have banned Trump and all Trump supporters. The solution, in time, is the people in these oligopolies will have to fear the peasantry in real space. The same civil authorities that are too weak to oppose the theogarchs will be too weak to protect them. Feudalism.Net | The Z Blog

Media Disappointed Only 30 White Nationalists Showed Up At Event They Hyped “We really wanted to use this to inflame the race war, so we were pretty bummed when we couldn’t get a good shot of millions of neo-Nazis marching through the streets of Washington,” said one CNN reporter. 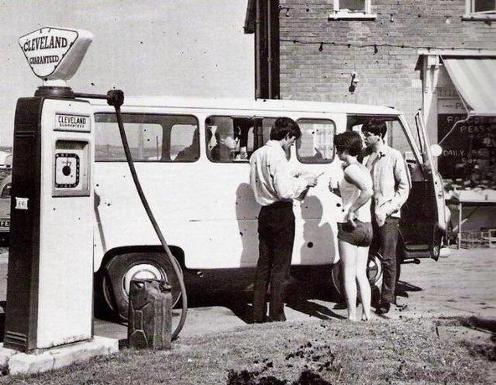 Identify the people in the photo…!  The Morning Rant

What’s changed was, of course, the cultural revolution of the ’60s, which more or less began with the Free Speech and Filthy Speech Movements at Berkeley in 1964–65. Liberals won. But today liberals want to shut down the right to free speech at universities that they fought for more than fifty years ago. Why? Because now they have the power on campus to stamp on the faces of their enemies—forever. Who needs principles when you have thugs? A Half Century of Amnesia

If people who think the press is the enemy can’t be persuaded by 350 identical newspapers editorials, I guess I there’s no hope for themhttps://t.co/lWbFNJRZ38

Thanks largely to the deletion of history from the Western public mind, and its replacement with leftist gibberish and hogwash, there is little appreciation today for what journalism has been, or could be. It is a “first draught of history,” to be sure, but to deliver this it must free itself from “theory,” and try to depict what is really going on. The J-school emphases on the factitious lead us farther and farther away. Naipaul gives us a return to the methods of the eighteenth century, when the essay and prose fiction had not yet been surgically separated; when fruitful exchange between the general and the particular had not yet been disallowed; before imaginative powers had been foresworn on the side of the reporters. For this alone, he would be invaluable: for the example of a journalist using his whole mind, and not only the desiccated bits. Naipaul : Essays in Idleness

America is ruled by a tiny percentage of people who constitute a treasonous class. These people have the money to purchase the government, the media, and the economics profession that shills for them. This greedy traitorous interest group must be dealt with or the United States of America and the entirety of its peoples are lost. Paul Craig Roberts: Who Does America Really Belong To?

Liberty’s Torch: Getting real.     All immigration needs to be shut down and the borders sealed. Sealed, not “controlled.” Troops overseas defending other nation’s borders – or violating them – need to be brought home and deployed on our own borders. But . . . NFW. That option doesn’t stand a chance of implementation. No. What will issue from the mouths of the beautiful people are maddening obfuscations like our need for “comprehensive immigration law reform,” “path to citizenship,” and “immigrants make a contribution.”

The DiploMad 2.0: Race, the World’s Most Boring Subject   It’s not just comedy being killed. Have you, for example, tried watching the new cop shows, especially from the UK? OMG! Political correctness run amok and amuck. Are all police detectives in the UK single women with gay or minority men deputies? Are all criminals straight white wealthy Tory males? It’s unwatchable garbage.

Homo Erectus Killed Off By ‘Ancient Republicans’    “It’s not because Erectus was lazy that his kind died out,” said an unnamed noted social scientist. “Neanderthal and Homo sapiens actually stole all of the resources, and then refused to lift a finger to help Erectus. If those ancient Republicans had merely redistributed what they unfairly acquired, Erectus might have overcome the institutional oppression that led to his extinction.”

A Deep Dive Into The Psychology Of Progressivism    The people who take the government handouts are permanently trapped at the bottom rung of society.  The cities that are the capitals of government programs and handouts, supposedly designed to “help” — the Detroits, the Clevelands, the Baltimores and the St. Louises — just continue to circle the drain.  Oh, but in socialist world somebody need to decide who gets the handouts, and pass out the goodies and “free stuff.”  Those people do just fine, thank you.  Instead of leading to equality, the handout system creates a permanent insider class, and a permanent outsider class. So, Whitey, it looks to me like a bunch of cynical hucksters are using your irrational guilt to manipulate you into helping them stay in power while they keep large numbers of blacks (and whites) trapped down on the handout plantation.  Just a thought for you to consider.

Trump Silences Ex-CIA Boss, Times Op-Ed Claims |   “Like a dictator, Trump shut me down and squelched my voice,” Brennan wrote in the globally-distributed news source. “No one can hear me now. Free speech is dead, and Trump will run amok. I don’t know why I go on,” the former CIA chief added, “since no one reads The New York Times or watches MSNBC. Hello…is this thing on?”

As their music shows, today’s young people live in a depressing world I’m not saying that the music of my youth was good. Still, there was a window of time during which American popular music, from the WWI era through to a decade or so ago had a defining upbeat quality and was singable. Not all songs were upbeat, of course. There were ballads and there was heavy metal — although even good heavy metal can be singable. What the bands are churning out now, though, strikes me so often as anti-music, and I find that sad.

Woodpile Report is compiled with a fourteen year old web design program. Never was I tempted to use any of the blog formats, nor have I ever had a Facebook, Google or Twitter account. Woodpile Report is for those who find value in it as-is, not for maximizing readership with gimmicks to run up the click count. One click gets you the whole thing on one page. What a concept!

The Self-Genocidal Impulse  There’s something really sick about watching whites continue to abase themselves on behalf of the diversity time bomb. I’m thinking of the family of Maria Ladenburger, the nineteen-year-old German medical student raped and killed by an Afghan “migrant” (who was curiously classed as an “unaccompanied minor” as a thirty-three-year-old man), who asked well-wishers to donate on her behalf to an NGO that actively obstructs the deportation of said “migrants” from the European Union. Or Amanda Kijera, the activist who blamed her rape in Haiti by a black man on white colonialism (she also mentioned that she was “grateful for the experience”). Or Amy Biehl, the white activist who went to South Africa to “show solidarity” with the blacks and was savagely murdered by a mob screaming anti-white epithets.

Next post: Two Wheeled Trip on the Paved Road to Hell