Let’s Review 112: Of Chicken Diapers and “I denounce myself being Black!” 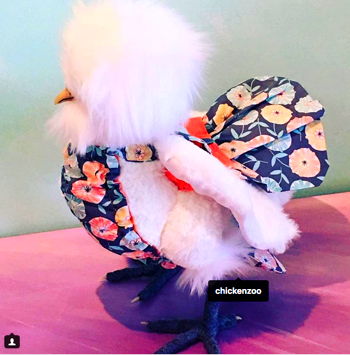 The sad fact here is just how fast they would spend other people’s money. The costs are staggering with universal healthcare: for a national, Medicare for all approach, it could cost up to $32.6 trillion in the first 10 years, overshadowing our already massive $20 trillion national debt. At the state level, the costs are also sobering: California’s universal healthcare plan would cost $400 billion annually, or twice what California’s annual budget for everything is, including the newly formed Plastic Straw Stasi Division. In New York, people are being assured that yes, taxes would have to go up 156 percent, but have no fears, this will actually save money in the future. Question: have you ever in your life seen a government program that cost less or saved money? Me neither.

I denounce myself being Black!

Hey Hey Ho Ho, Afghan War has got to go! The Taliban was always going to win, because the Taliban only has to outlast the USA, which was never going to stay permanently in the Graveyard of Empires. The God-Emperor should point out that the Afghan Occupation has served its purpose and bring the troops home. They’d be put to much better use on the southern border… or the western one once California secedes. 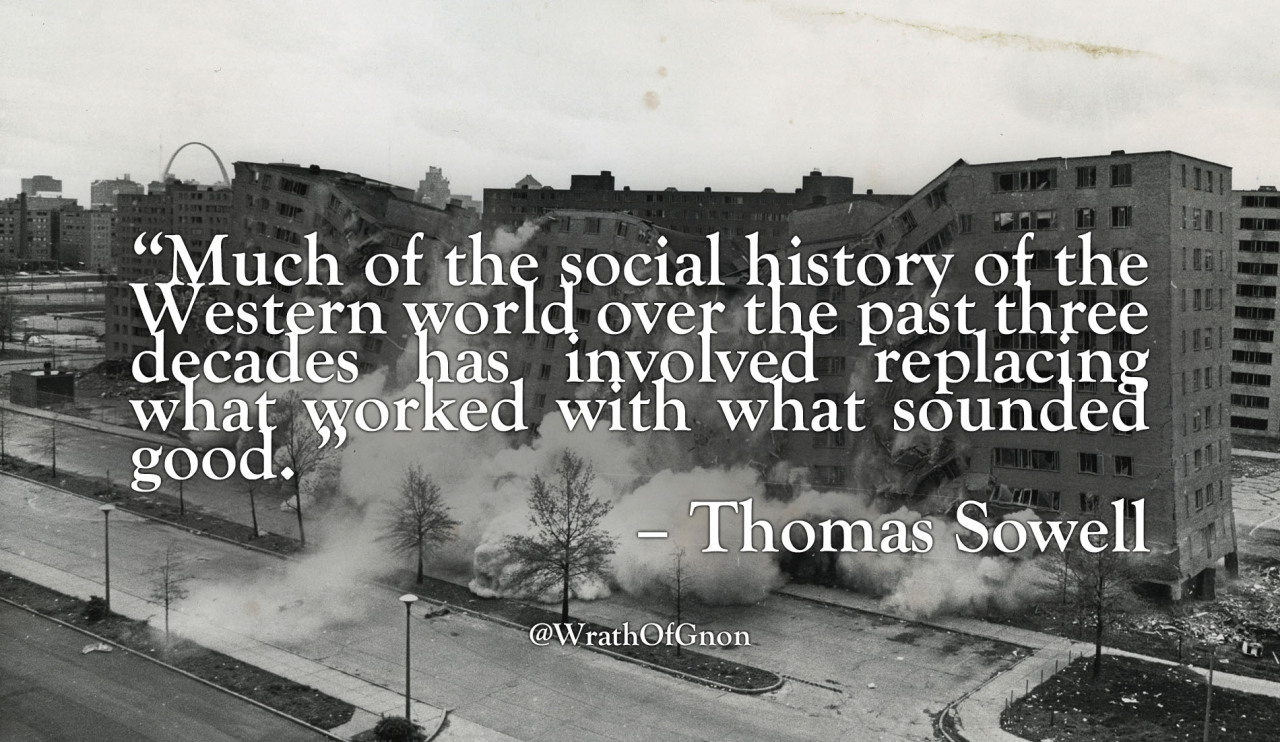 Picture a school marm in a rural one-room schoolhouse and you’re close to the socialist’s idyllic niceness. Socialism is a nineteenth century relic most closely allied with feminism, the only “ism” their consitution cites. Socialism is prettiest in pink. Under our current socialist regime the citizen’s part is to be nice, do nice things and make nice things and share nice things fairly and nicely. Competition is selfish because everyone can’t be a winner.

Netflix has over 27,000 categories for its movies and shows (including ultra-specific niches like “French Zombie Movies” and “East Asian Forbidden-Love Action & Adventure”), but you probably knew that just from using the service. What you may not realize is that you, as a user, have also been placed into a category. Netflix has “a couple thousand” categories of users, called “taste communities.” I, for instance, am apparently in a “taste community” consisting of a single member called “Probably The Memphis Strangler.”

Chronically ill man releases audio of hospital staff offering assisted death | It is the real truth of what is going on in Canada regarding so many assisted deaths without appropriate safeguards, in combination with the lack of necessary care that is not being provided to persons who are suffering. 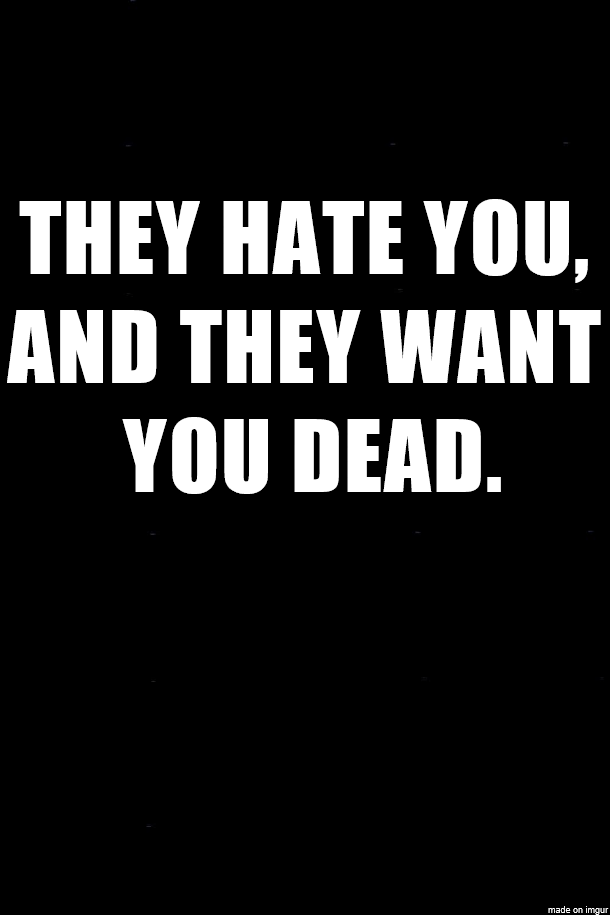 What one certifiable loon attempted a year ago, Mad Maxine Waters is all but a whisker from openly espousing, right effing now. Kathy Griffin was kidding/not kidding holding the president’s severed head. Oprah has outright said, “White people need to die.” Out loud, in public, for quotation and attribution. The NYFSlimes has unashamedly hired for editorial policy and commentary, someone who openly calls (not called, calls) for all white people to just shut up and die already. (She should be shot down in the street, in haste, in a more just universe, or be forced into an Osama-esque exile and lifelong hiding, but that’s Someone else’s job. For the moment.)

Kavanaugh Won’t Steal Democrat Senators’ Souls | “In a negotiated settlement, Judge Kavanaugh has agreed to answer Democrat Senators’ questions,” according to Senate Minority Leader Chuck Schumer, “without searing our corneas with his other-worldly gaze, nor sending us into convulsions with an electro-magnetic brain pulse, nor doing anything to intentionally affect our condition in the after-life.”

I’m fond of pointing out that much of what defines the modern age is that everyone forgot the timeless lessons of the human condition and now we have to rediscover them. This great awakening we see on our side of the great divide is, in many respects, a rediscovery of the past. So much has been hidden from view in order to prop up the current regime, it’s shocking to most people. Like that kid who learns his parents had lied to him and he was adopted, what matters next is what we do with this new knowledge.

Son of Infamous Imam Trains Children to Shoot Up Schools The father of a missing Georgia boy was training children at a New Mexico compound to commit school shootings, prosecutors said in court documents obtained Wednesday. The documents say Siraj Ibn Wahhaj was conducting weapons training with assault rifles at the compound near the Colorado border where 11 hungry children were found in filthy conditions. Siraj Ibn Wahhaj. Huh. No reference to Islam or Muslims in the AP story. 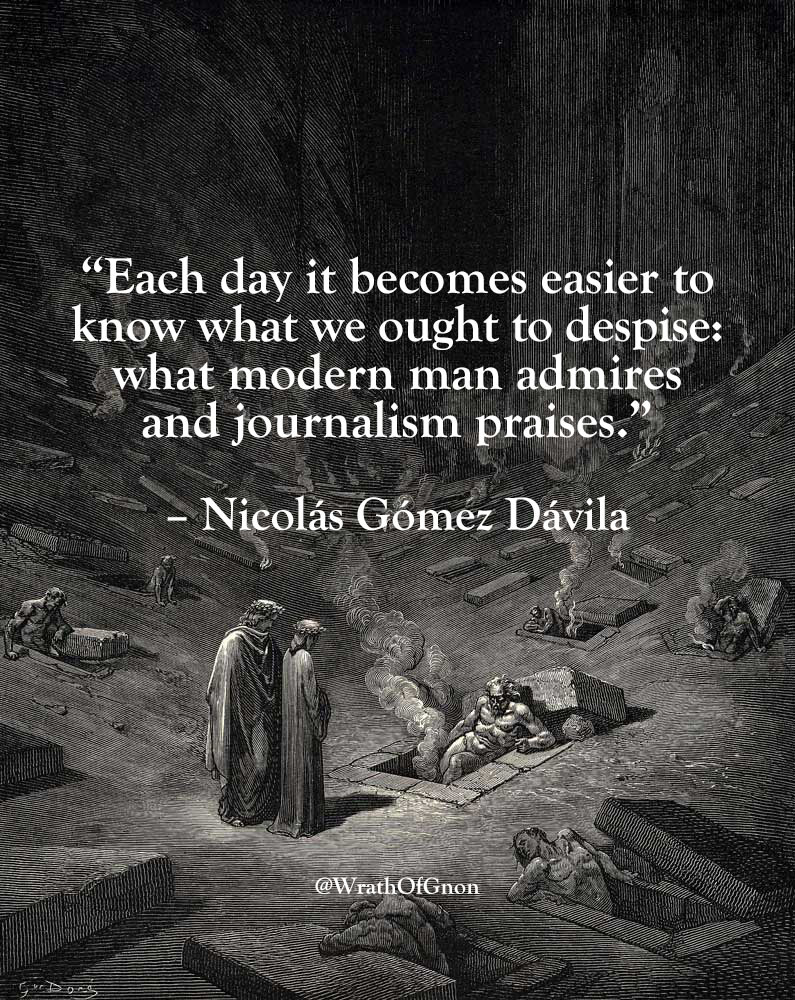 Those who wanted to destroy the West used the same method, and they have succeeded. They approached with a sob story about the lower classes being oppressed and mobilized those against the elites. In doing so, they turned the society against itself and in the ensuing confusion have been able to live off it as parasites. These parasites take many forms: politicians, advertisers, journalists, lawyers, bureaucrats, salespeople, authoritarians and others who depend on being “useful” by being in power. They make their profit off of what the majority wants to purchase, think, hear, and use as an identity.

Whites are in line for hot genocide. Whites also have more capability for war than any other race. No other race, no other people, have ever shown anything close to the capacity for organized mass violence. Which means that to re-awaken our capability, we need organization and mass. 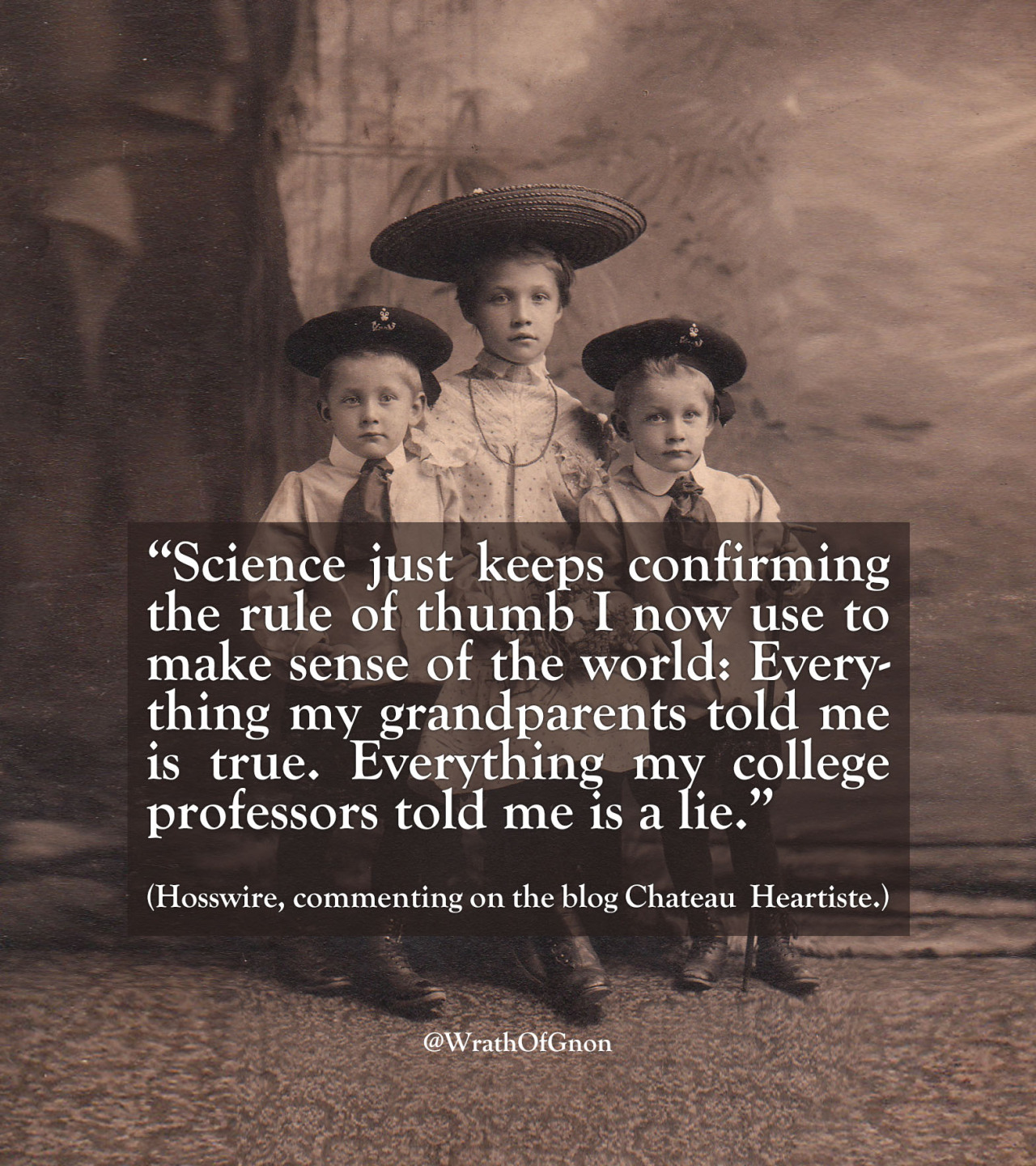 Do you want to hear my honest criticism of Israel? It is too free. The tolerance of the crypto-Islamists among many Arabs living in Israel is a dangerous policy and does nothing to strengthen democracy or improve the country’s standing on the world stage. And the rules of engagement for dealing with the daily border incursions and rocket launches are unbelievably strict. That flows from a misguided desire to be seen by the world as compassionate and reasonable. But that too is wrong, because most of the world will never see Israel as anything other than those pesky Yids who didn’t have the decency to line up quietly and march into the gas chambers.

California’s fires are not a coincidence. California is a dry state. Southern California swimming pools get filled with imported water. Marin County lawns get water from Napa and Sonoma aquifers that are running dry. Despite the fact that the population in California has almost doubled in 60 years, we’ve had almost no water infrastructure investment in that time. And as Trump pointed out, to protect the Delta Smelt, the state releases millions of gallons of fresh water into the Bay, rather than directing it to farming.

Russia is poor and relatively weak compared to the West, but it remains out of reach culturally and politically. It’s ability to thrive outside the new world order suggests the new world order cannot include the whole world. Central to the liberal impulse, going back to Wilson, has been the notion that it must conquer the globe. Russia is like a stain that they cannot get out of the fabric of global society. Putin is a new Tsar, the return of that same stubborn problem they cannot resolve.

When you start with a pre-literate functional moron with delusions of grandeur and a communism fetish, the fruit isn’t going to fall very far from the tree: (LUNITARDIA) On Cuomo Prime Time, Alexandria Ocasio-Cortez said that socialized medicine will be affordable because people will no longer have to pay for funerals. This from someone with no less than a degree in economics and international relations from Boston University, and over $100K in unpaid student loans to prove it. 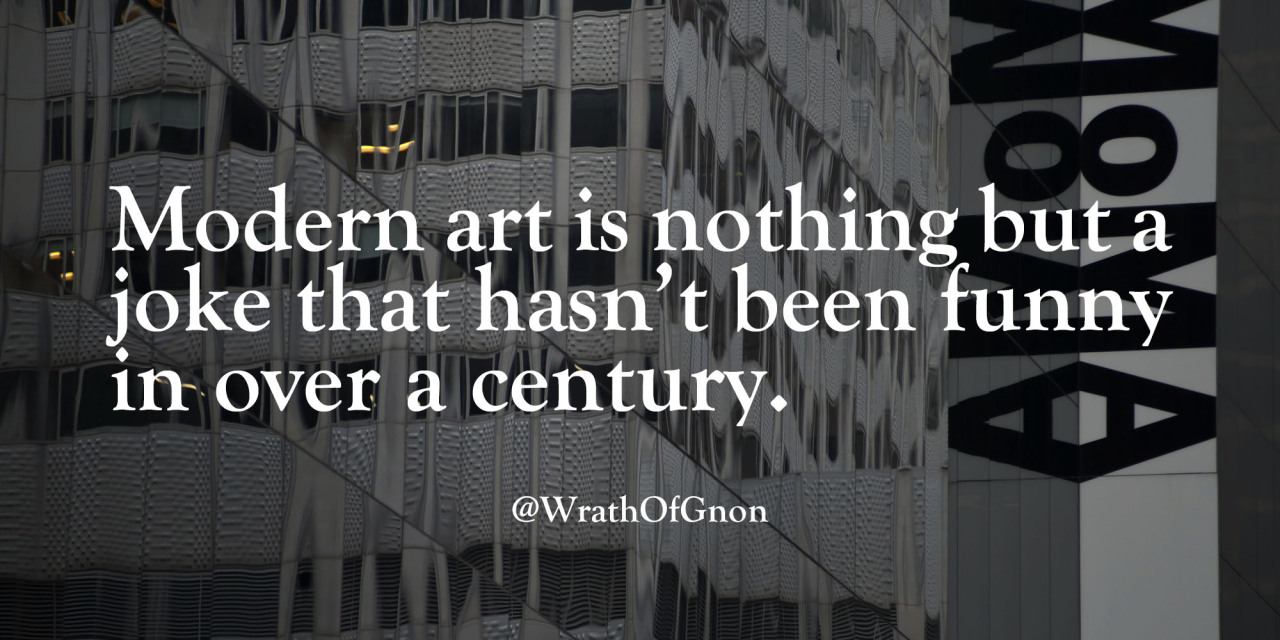 The old saying “if every bank error is in the bank’s favor, get a new bank” applies here. If every coin toss is in Hillary’s favor, get a new coin tosser. If every media article from your chosen outlet slants Left, get a new outlet. Note, too, that whenever an election is close and we have to start digging for uncounted ballots, the count always favors the Democrat. This is happening right now in Ohio. But it likewise happened in my home state of Florida in 2000. Every time a pile of uncounted votes was discovered, it invariably favored the Democrat. And they have the temerity to accuse us of election fraud.

The New York Times, which genuflects to billionaires like no other paper, even featured Jeff Bezos, the richest man in the world —at least last week—as a “tech style icon… with mud-brown scruff of hair shaved rigorously clean, and with biceps grown bulgy.” Four large pictures of one of the world’s ugliest men accompanied the puff piece by Vanessa Friedman, who should really be ashamed of herself. Bezos is a pop-eyed, bald, Concorde-nosed mogul whom Friedman breathlessly describes as focused on saving time. Now she writes he “has acquired an entire wardrobe of bomber jackets.”