Let’s Review 108: “and then the headaches began”
≡ Menu

Let’s Review 108: “and then the headaches began” 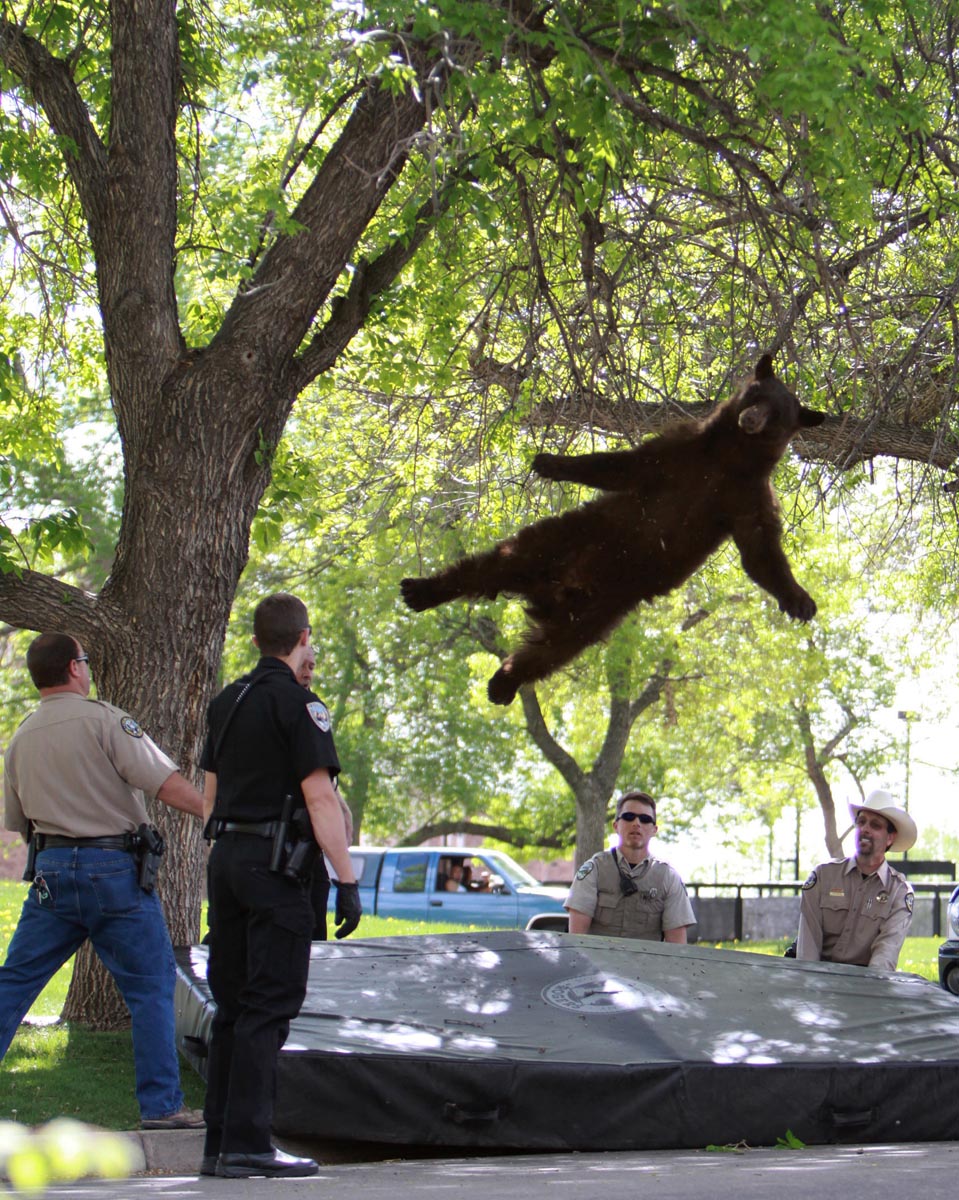 On fake news: We are easily angered, but we are not curious. We grasp at what straws are offered, and if they fit our preconceived views, we are content to repeat the half and full lies. We choose news sources to suit our preconceptions: to provide ourselves with the emotional comfort of being told what we already know and expect. The news outlets don’t dare to contradict us; they make their money on our credulity.

They ate raw centipedes — and then the headaches began

In the 1960s the turn to nihilistic violence preceded the Tate murders by at least two years, as the once idealistic New Left—pledged to free speech for all and ending racial apartheid in the South—turned murderous. Students for a Democratic Society’s Tom Hayden went from calling for withdrawal from Vietnam to hoping America would be obliterated by the Vietcong. Tired of sit-ins, by 1967 Hayden was toting a rifle and calling for an American Vietcong to make the streets run red with “establishment” politicians and citizens. Similarly, Martin Luther King, Jr.’s non-violence was overtaken by the homicidal Black Panthers, who admired the Holocaust and pledged to do the same to American Jews.

Ginsburg: ‘I Am Mentally Fit Enough To Serve Through The End Of President Eisenhower’s Term’

I don’t know about you but I kind of layer my defenses. Number one is a pair of dogs – one little one to let me know somebody’s creeping and a great big motherfucker to keep the intruder busy for just a second. Then there’s a cocked and locked 45 ACP on my nightstand with a pair of extra magazines. On the floor right next to my bed is a loaded AR with another spare mag on the nightstand. Then, just in case the bad guy made it through a 130 pound dog, an ankle biter, 54 rounds of 5.56, 22 rounds of 45 ACP and I can’t make it to the next room for another 8 mags of 5.56, there’s a K-Bar stuck between my mattress and box springs.It’s true, I can be ill-tempered when woken unexpectedly.

Get ’em while they’re not hot. 3D-printed gun designs   at CodeIsFreeSpeech.com

The Tiny All-Electric Elcar Had a 55 Mile Range and Sounded Like a Lawnmower The damned thing will turn on a dime (if your dime has a 10-foot radius) nearly flat out. In an open parking lot, it is a ball. Traffic is another story. It takes a lot getting used to. One drives flat-out all the time. 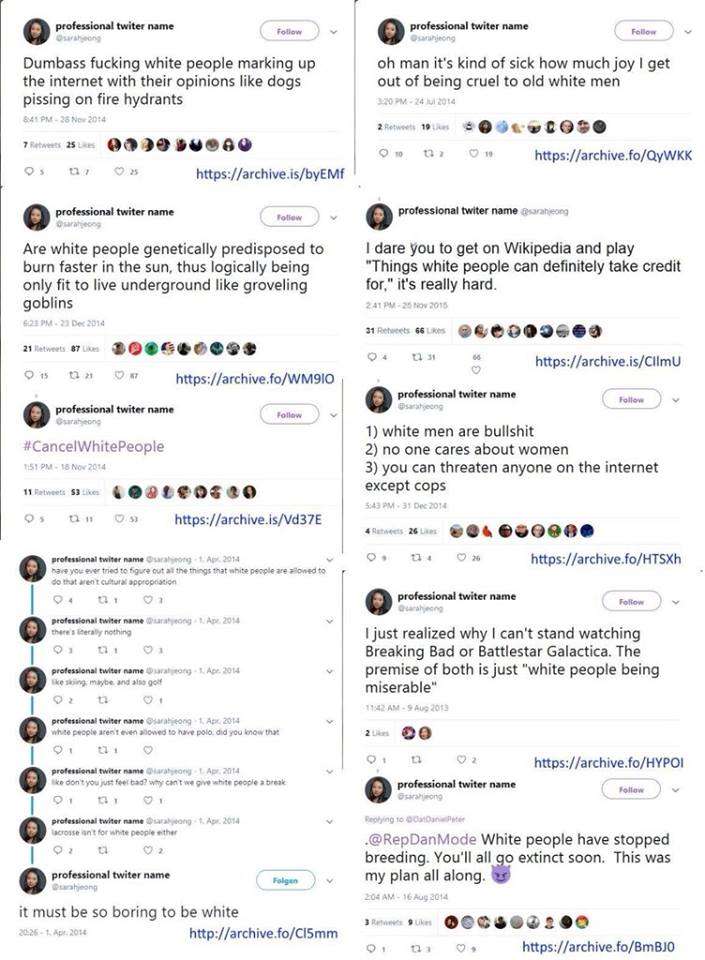 NYT Hires White-Hating Asian Racist I am curious how the NYT will spin this. Obviously she is an affirmative-action hire who checks the appropriate boxes: vagina, leftist, America-hater, wetback, out-and-proud racist, etc. Oh…she edited the “Harvard Journal of Law & Gender” which surprises me not at all. What will be interesting is the problem of her clear and unabashed racist comments. There is no parsing available to the whores of 43rd St. It’s unequivocal. 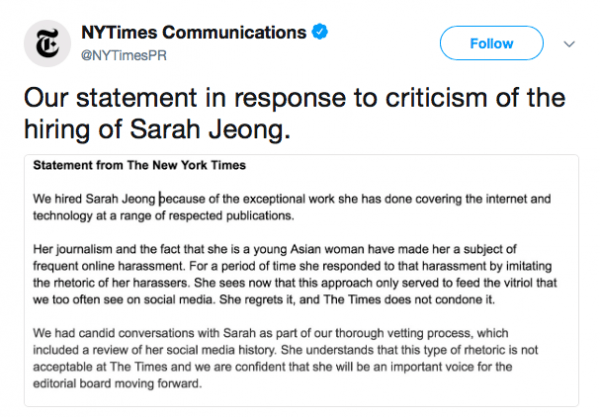 You gotta love “imitating the rhetoric of her harrassers.” That is star-class bullshitlying. The “period of time” is about two years, apparently, and many of her tweets aren’t in response to anything.

The ACLU Won’t Rest Until Every Illegal Gets In – The 20-day limit is unfortunate because, from capture to final order, an immigration proceeding takes 30 to 40 days. Illegals who are detained at the border cost the taxpayers $1,600 to remove. By contrast, releasing illegals, even under the much-celebrated “alternatives to detention” (ankle monitors and “community supervision”), costs U.S. taxpayers $75,000 per removal—and most of them don’t ever get removed. By some estimates, 90 percent don’t even show up for their hearings.

The Children’s Hour: American Journalism Today – Now the stench of rank amateurism has come to what’s left of the profession, and nowhere in journalism is that more visible than in the White House press corps. Once upon a time, a gig in the Washington bureau was the ne plus ultra of the reporting vocation, inhabited by middle-aged wise men, who spoke soberly and dressed the part, knowing that the brass ring of Dean of the Washington Press Corps could be theirs someday, if not a promotion to the op-ed pages as a professional pundit with the ear of the president–Walter Lippmann, say, or the Alsop brothers.

In a lot of ways, the modern society is a house of cards. Everything is dependent on everything else. In the normal course of life, this works as defense in depth, with layers of dependency and redundancy. It’s easy to see how this could be turned into a weakness, due to severe shortages of manpower or one part of the system getting hit particularly hard. The modern economy assumes everything breaks, but only breaks a little and not all at one time. Again, just imagine what happens if the power grid fails for a month.