Let’s Review 101: Bored? Pull Your World Down on Your Head.

How Pie-Throwing Became a Comedy Standard  One Sarah Brener owned a variety store there, but she also supplied the studio with its pies. Sometimes, they were delicious. Charlie Chaplin said that Brener’s pies were the best in town (he once gave her one of his trademark canes as a memento, too.) But often, they had to be specially formulated for films. The ones Keystone used were “a special ballistic version of the pie, with heavy-duty pastry and especially slurpy ‘custard.’” As pie fights in film grew more elaborate, Brener’s bakery was soon making nothing else.

Without much exertion one will find an increasing migration on the left to the newer Hitlerian Calendar. The fundamental premise of this model is that the only events in history occurred in Germany between 1923 and 1945. Thus every year is one of these years, with time moving not linearly but circuitously. Under this temporal scheme events like the Haitian massacre, Barbary slavers, Red Terror, Mao’s 20 million rotting corpses, and Pol Pot’s soccer field of skulls never happened, as they would violate the similar laws of Hitlerian Physics. These hold that only Hitler may occupy any given space in time. The Land That Time Forgot

When people outside the hive wonder how people in the hive can believe the nonsense about diversity and the blank slate, it is important to keep in mind the power of magical thinking. They want this stuff to be true, so they tend to gravitate toward others who have the same fantasies. It is exactly how cults work. The doubt or concern of one member becomes a reason for the rest to double up on their belief. Progressives are people in search of purpose and identity, so they tend to clump together for support. 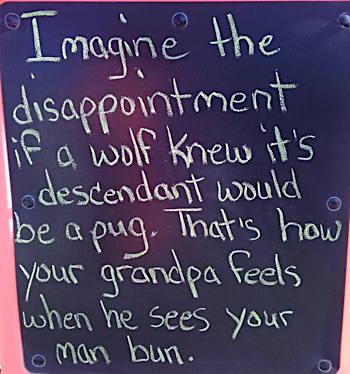 The now aging former hippies, Weather Underground terrorists, and radicals became professors, lawyers, and elected officials. Their hostility to the establishment was muted or aimed at phantom enemies, like the WASP country-club elite which has long since been upended; after all, they had all become a part of the establishment or prospered under it, having undertaken a gradual “march through the institutions.” Activists were somewhat uneasy, however, because they saw an emerging big business and big government alliance. So much for “power to the people.”

Alexandria Ocasio-Cortez is less hideously unattractive than the usual Democrat potentate or potentatette and has therefore been anointed the new face of her pathetic party. This dumb woman, who looks like Huma Abedin without the pedohubby and the weird relationship with Felonia Milhous von Pantsuit, took advantage of her even dumber New York district in order to get elected to Congress by calling herself a “socialist.” Yeah, the subject of a thousand Trader Joe’s house brand chardonnay toasts is a proud adherent of the ideology that butchered 100 million people in the last century.

If you were a Paleface unfortunate enough to be captured in the American-Indian Wars, you could look forward to the following displays of forgiveness and high culture: Common torture techniques included burning the captive, which was done one hot coal at a time, rather than on firewood pyres; cutting with knives, beatings with switches or sticks, and jabs from sharp sticks. Prisoners’ fingernails were ripped out. Their fingers were broken, then twisted and yanked by children. Captives were made to eat pieces of their own flesh, and were scalped alive…the execution of a captive, especially an adult male, could take several days and nights.

Why the NYT Is Obsessed with Alan Dershowitz | Whether they realize it or not, Dershowitz scares The New York Times. What if he’s right? Does he, of all people, have to be saying in public what so many of us believe — that the Mueller investigation is little more than a partisan hack job and impeachment talk is absurd. Okay, he doesn’t want Hillary prosecuted either, but still… Et tu, @AlanDersh?

Boredom, at least in our time, is the most overlooked source of evil. In the past, before people went to college and abandoned religion—the two greatest reasons there is so much moral idiocy in our time—people knew how dangerous boredom was. “Idle hands are the devil’s workshop” was a commonly used aphorism that wouldn’t even make sense to most young people today. By bored I am not referring to a lack of things to do. There is more opportunity to do and experience things today than ever before. By bored I mean a deep boredom of the soul, what the French call “ennui.” This is the boredom that emanates from lack of purpose and a yearning for excitement.

Survival Of The Richest? Not So Much… Billionaire bozos think they’re going to “control” guys like this when things get frisky? Stop, you’re killing me. They’ll eat their boss for brunch, after they toy with his intestines. In front of him, while he watches. 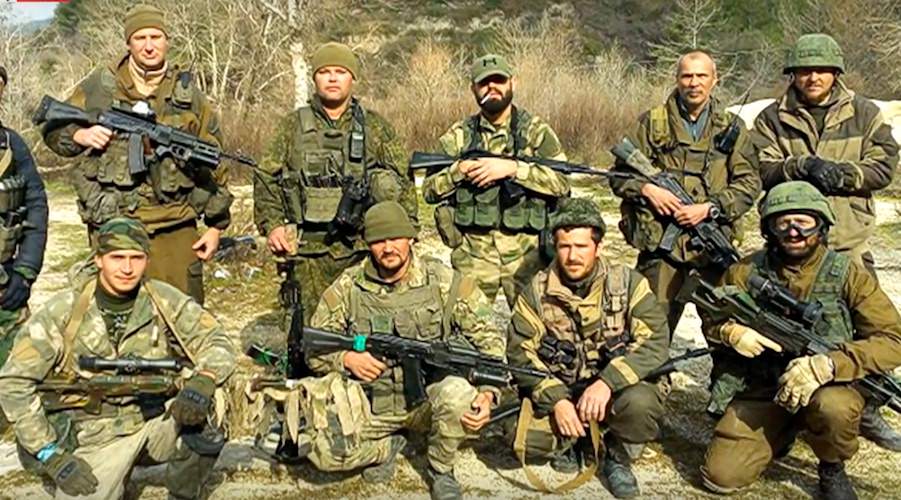 Next post: On Faction: “There are again two methods of removing the causes of faction…” Actually, James, there are three.