Remember—the mighty indigenous peoples of the Americas couldn’t even figure out the wheel. The WHEEL. The average lifespan for Native Americans before Columbus committed “genocide” against them was around 35. It is now more than double that. When Columbus arrived in the New World, the total number of indigenous Injuns in what is now North America was less than two million. There currently are 5.2 million self-identified “Native Americans” in the USA alone and another two million or so in Canada. So they’re living more than twice as long and there are more than twice as many of them. That doesn’t sound like genocide to me. That sounds like an upgrade into the first-class section. The New World’s Oldest Villain

Who says there’s no good news?: Soiled ISIS Fighters Surrendering EnMasse Many of the dejected fighters reportedly have soiled themselves and await interrogation and trial by Kurdish authorities. The mass surrender of the terrorist group is particularly unusual for ISIS, who’ve made a point of fighting to the very last man. In many cases the group made the last days of battle painful for the opposing force by deploying waves of suicide bombers.

Hit the bricks on the Old Lincoln Highway in Omaha, Nebraska In Nebraska, a three-mile stretch of the highway between Omaha and Elkhorn, remains exactly as it it a century ago, complete with the same bumps and waves lining the brick-paved road. The section was paved with lower layer of concrete and a top surface of bricks as part of a surface improvement project in 1920.

Sure, war in Afghanistan is unwinnable, but rounding up all the guns between NY and SF should be a breeze pic.twitter.com/9Q8qw2AL4y

Mexico is No Longer a Country Mexico has re-invented Life in the Middle Ages. The Elites live in the Castle, the Serfs live in squalor on the countryside, exposed to many dangers from the roving hordes.

Bill Gates is willing to be more reflective as he gets closer to his personal Blue Screen of death. 40 years too late- Bill Gates says ctrl-alt-delete should have been one button

“Finally, I’d like to thank Harvey Weinstein. Um, the Punisher, that’s his nickname. The Punisher, yes. For believing in my film, thank you Harvey.”

So, rephrasing her rhetorical question, would I be in favor of the same extensive system of identity verification and background checking for voting that is required for gun purchases? 1. Yes. 2. Hellz yes. The Morning Rant

All liberal drama breaks down into “A is a victim because B victimized A. C is completely oblivious to this but D is sufficiently enlightened to notice A’s victim-status, and this makes D a GOOD PERSON. The end.” House of Eratosthenes

Who says there’s no good news? North Korea could hit its enemies with plague and smallpox

An Unreal Existence The Narrative is malware corroding our sense of humanity and reality. Instead of increasing privacy so data miners cannot engage in the targeted lying which makes “fake news” so effective we decrease it the better to help the manipulators…..Currently we are obsessed with 71 genders but a nuclear or biological disaster can can flip decades of political correctness and deference to technology into their opposite. Considering all the freedoms and privacy the West has already given up to preserve the status quo the mantra “we can’t let it change us” is mockingly ironic. It is change, not changelessness which is characteristic of the present.

Christian Mercenary: Fact-Blindness and the Left

GLABELLA: People with expressive faces often end up with wrinkles in their glabella—the space between the eyebrows.
PETRICHOR: You know how it smells after it rains? That clean, greenish smell when rain lands on dry ground? That’s petrichor, from the Greek petra (stone) and ichor (the blood of Greek gods and goddesses).

Look it this way. At lease he has his “college education” to fall back on. CBS Retracts Story that Kaepernick Would Stand for Anthem if Signed 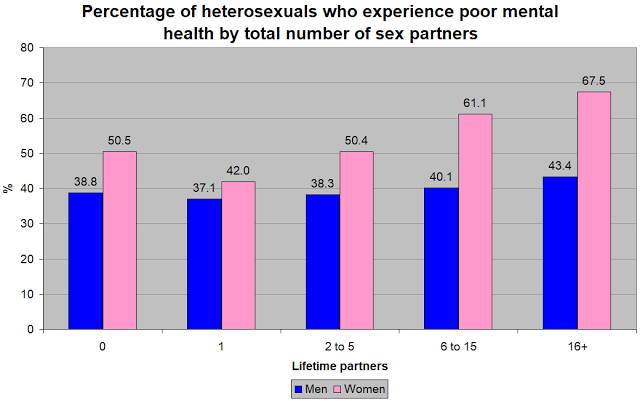 The Audacious Epigone: Sluts are nuts Unsurprisingly, being repulsive or invisible to the opposite sex is suboptimal. The ground floor girl is gold. As rides on the cock carousel increase from there, things go downhill. The more men who have ridden her, the worse her neurosis will be. Women who’ve had over 15 partners are at more than 50% greater risk of poor mental health than women who steadfastly remain tethered to ‘the one’.

Next post: Long Read of the Day: SJWs Always Double Down