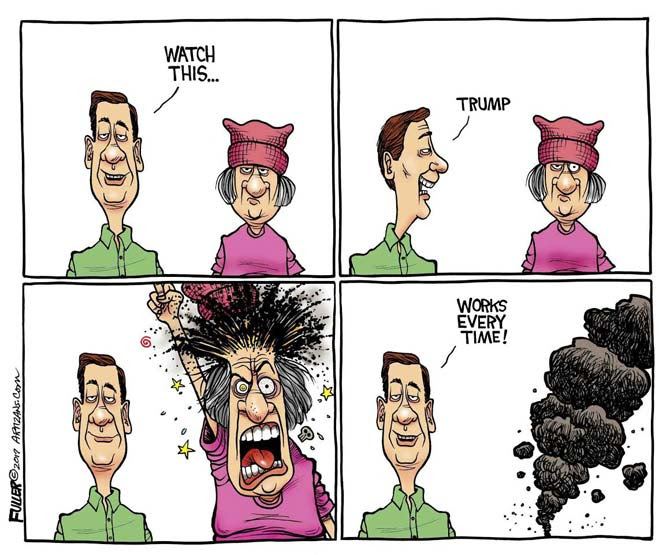 “In reality the boundary line between radical and reactionary is not always distinct. The reactionary manifests radicalism when he comes to recreate his ideal past. His image of the past is based less on what it actually was than on what he wants the future to be. He innovates more than he reconstructs. A somewhat similar shift occurs in the case of the radical when he goes about building his new world. He feels the need for practical guidance, and since he has rejected and destroyed the present he is compelled to link the new world with some point in the past. If he has to employ violence in shaping the new, his view of man’s nature darkens and approaches closer to that of the reactionary.” — Eric Hoffer, The True Believer

On the trail, Eberhart renamed himself after his adopted home, Nimblewill creek. He began in the swamps of Florida and hiked north on flooded trails, where the dark, reptilian waters sometimes reached to his waist. When he emerged from the swamps, all 10 of his toenails fell off. By the time he reached Quebec, it was already late October. RTWT at: The man who went on a hike – and never stopped walking

Stuck. We’re Stuck:  A civilization at a decision point is almost by definition walking the razor’s edge between two futures.  One future may lead to a catastrophe whose survivors must begin again from scratch.  The other choice leads to a radical improvement in the human standard of living and greater potential for all. It would seem an easy choice. But the characteristic of a system in institutional crisis, which along with the lack of new energy sources and a failure of public education create our “world in disarray”, is that the right choice is impossible to make. You can’t choose the future, only variants of the past.  Any road away from perdition requires huge political risks that are difficult to overcome.

First date: Neanderthals and Homo Sapiens met 40,000 years ago in the Czech Republic

Camille Paglia: On Trump, Democrats, Transgenderism, and Islamist Terror   Political correctness represents the fossilized institutionalization of once-vital revolutionary ideas, which have become mere rote formulas. It is repressively Stalinist, dependent on a labyrinthine, parasitic bureaucracy to enforce its empty dictates.

Mars surface is looking much deadlier than we previously thought:    In that case we need to put Elon Musk on Mars tomorrow.

“American journalism is collapsing before our eyes,” I wrote that the so-called cream of the media crop was “engaged in a naked display of partisanship” designed to bury Trump and elect Hillary Clinton.The evidence was on the front page, the back page, the culture pages, even the sports pages. It was at the top of the broadcast and at the bottom of the broadcast. Day in, day out, in every media market in America, Trump was savaged like no other candidate in memory. We were watching the total collapse of standards, with fairness and balance tossed overboard. Every story was an opinion masquerading as news, and every opinion ran in the same direction — toward Clinton and away from Trump. RTWT at: Why the media has broken down in the age of Trump | New York Post

Put it this way: because God exists, I’m getting a kick out of this terrestrial life. But for the same reason, I would’t want it to go on forever. Conversely, if God didn’t exist, life might not go on forever, but it would sure feel that way. RTWT at: One Cʘsmos: The Latest in Boredom Extension 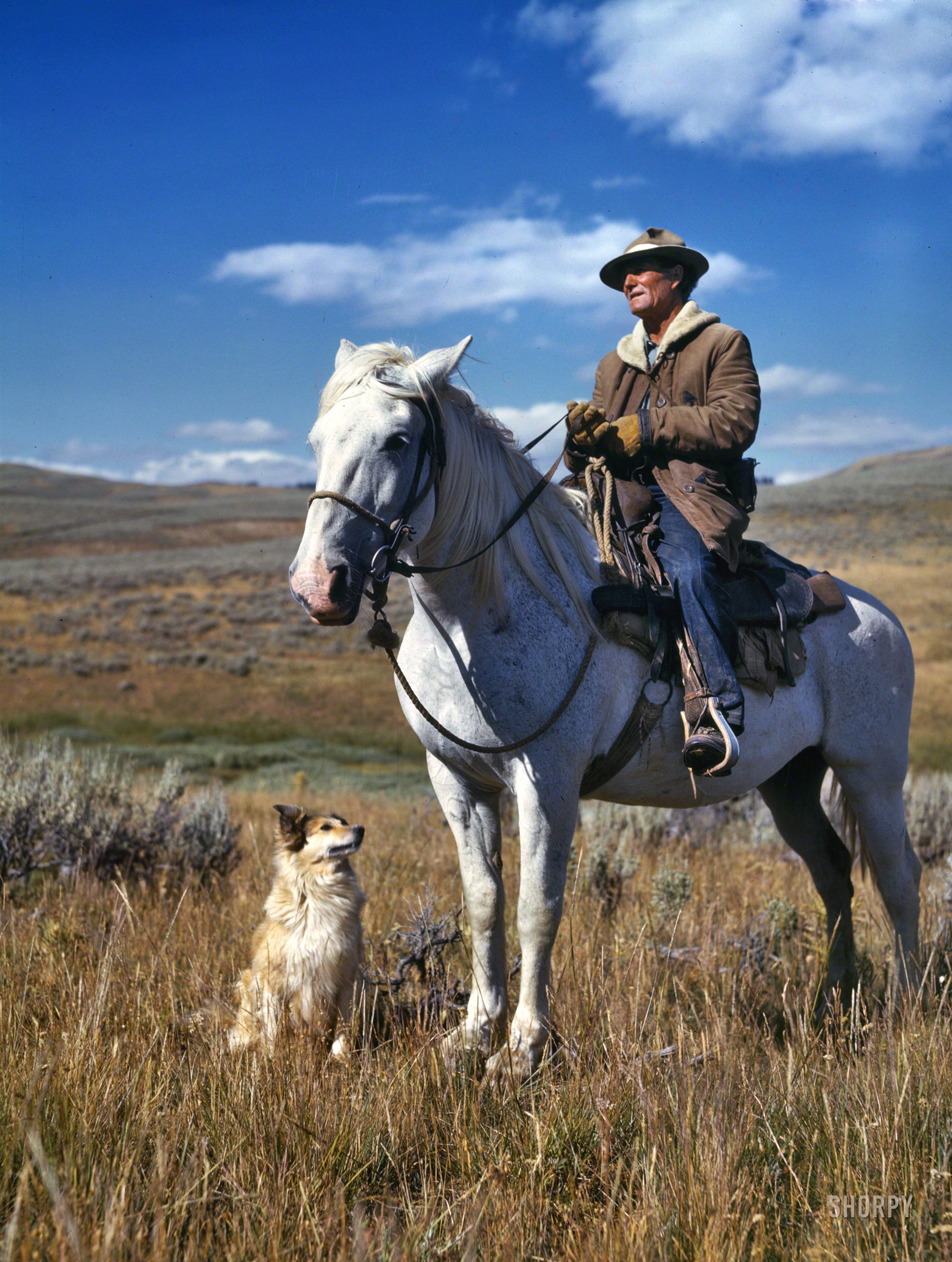 Maybe you have a closet like this, or an inconvenient drawer: Think of all the corporations and universities and municipal offices, the billions of closets hiding secret inventories. Old media accumulate for all kinds of reasons — nostalgia, ambivalence, data security, paranoia — and all of us, eventually, become the managers of our own distributed personal archives. We never know when we might need to access that data again. – -Closet Archive

Remarks by President Trump on Regulatory Relief  : One gentleman from Maryland was talking about an 18-mile road. And he brought with him some of the approvals that they’ve gotten and paid for. They spent $29 million for an environmental report, weighing 70 pounds and costing $24,000 per page.

They Want Us Dead – I said women are terrible drivers and with Sharia, you don’t have to worry about broads driving ever again. I said it’s awesome because you get to punish your wife if she doesn’t want to blow you. You make her sleep on the couch and if she still refuses, you get to beat the shit out of her. 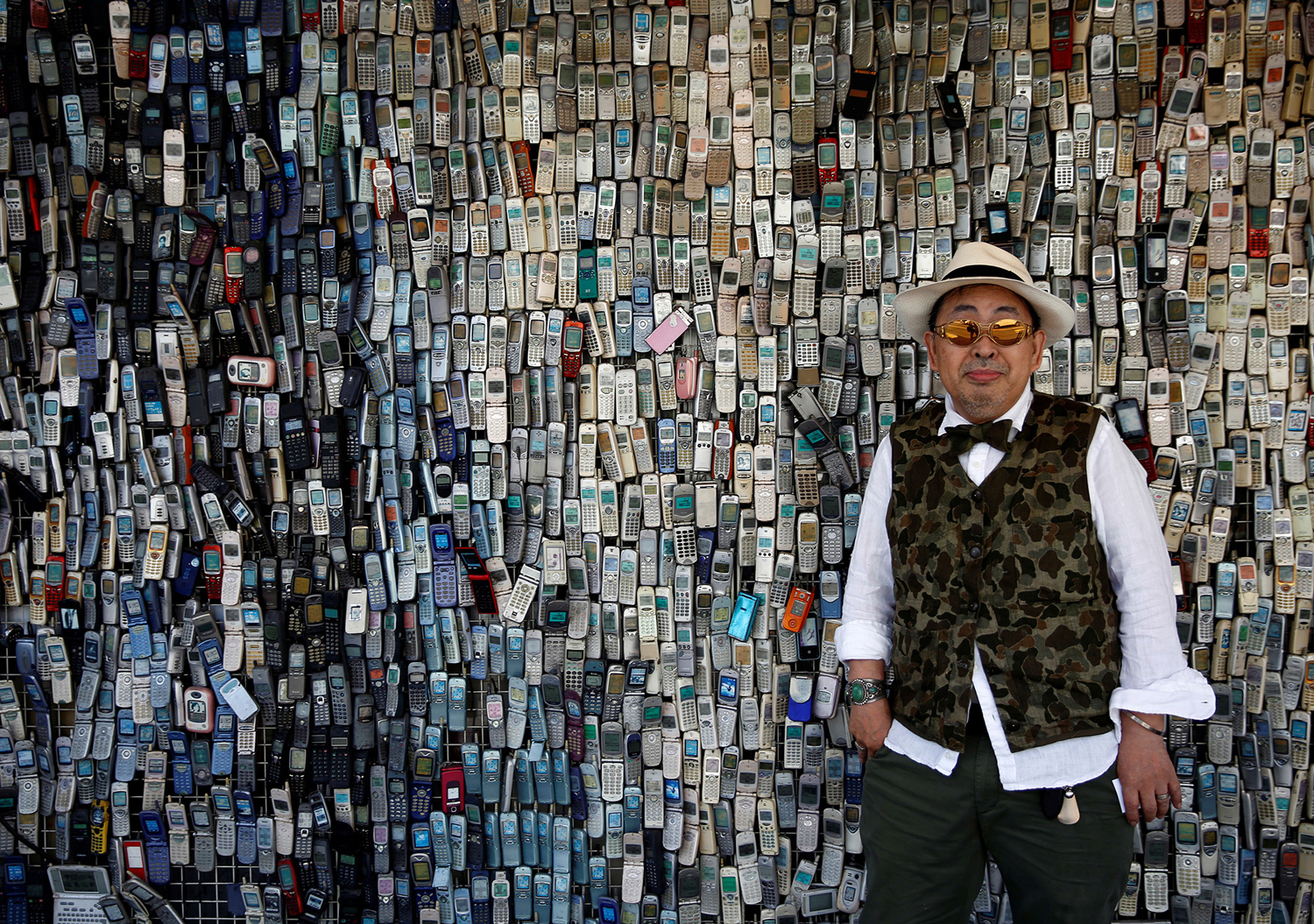 Watanabe Masanao poses with a wall decorated with old cell phones which he has collected over 20 years at his electronic shop in Tokyo, Japan, on July 5, 2017. Photos of the Week: 7/1–7/7 – The Atlantic

Greatest antitheft device when the thieves are millennials: Man leads Jeffco deputies on low-speed chase in stolen flatbed truck after unable to get out of 1st gear The driver – later identified as 29-year-old Randy Dewayne Vert – refused to stop and continued driving south on Center Point Parkway, Christian said. Vert was apparently unfamiliar with the complexities of a modern manual transmission. 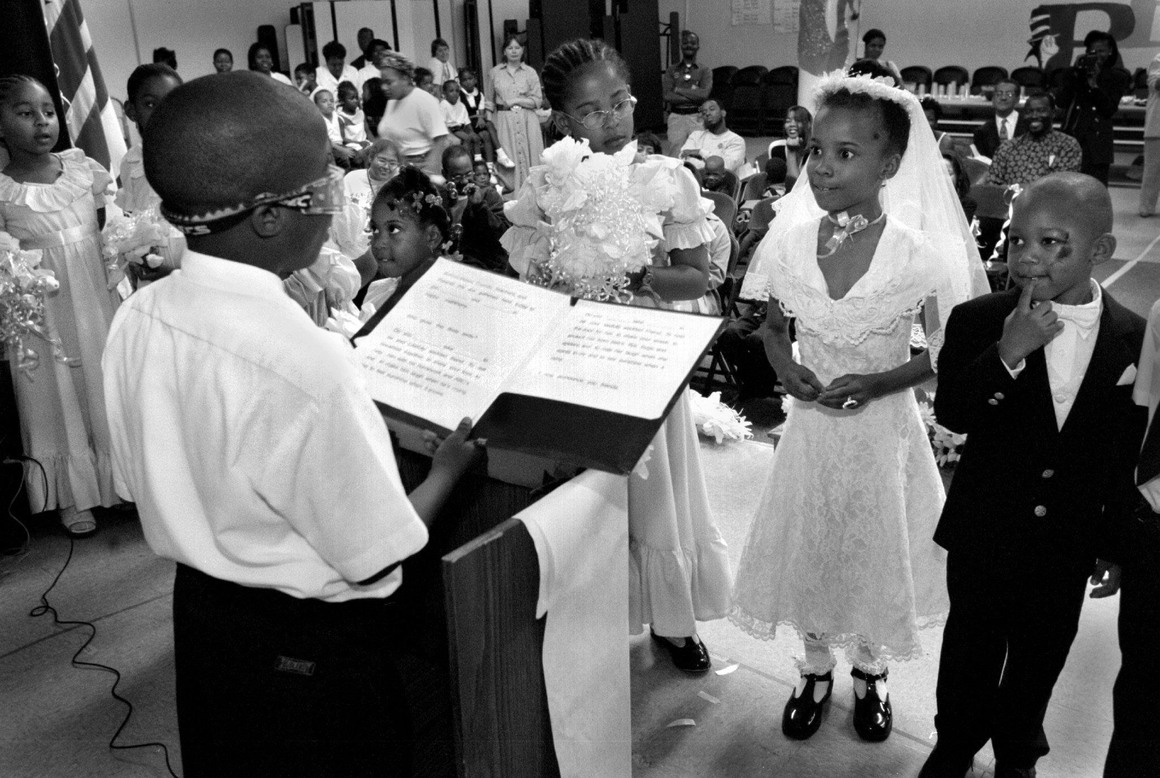 A 1998 Tomb Thumb wedding, held at Cleveland Tri-Learning School to raise funds for a class trip.

Jennie takes Tom, eye-rolling Honeymooner, “provided that you do not smoke or drink; provided that you will never mention how your mother used to cook, or sew on buttons, or make your shirt-bosoms shine; provided that you carry up coal three times a day, put out the ashes once a week, bring up the tub, and put up and take down the clothes-line on wash-day, and perform faithfully all other duties demanded by a ‘new woman’ of the nineteenth century.”At this the pair is pronounced married, and everyone bows and recesses.

RTWT at: At Tom Thumb Weddings, Children Get Faux-Married to Each Other – Atlas Obscura

Signs of the Apocalypse: 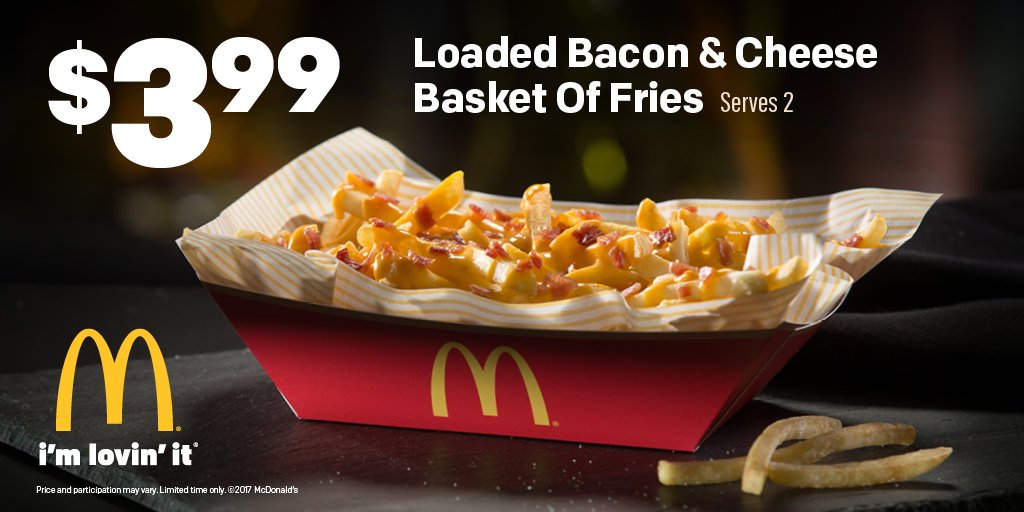 At 100,000 light-years across, Messier 77 is one of largest galaxies in the Messier catalogue — so massive that its gravity causes other nearby galaxies to twist and become warped. RTWT at: Very Large Telescope Takes Close Look at Messier 77 | Astronomy | Sci-News.com 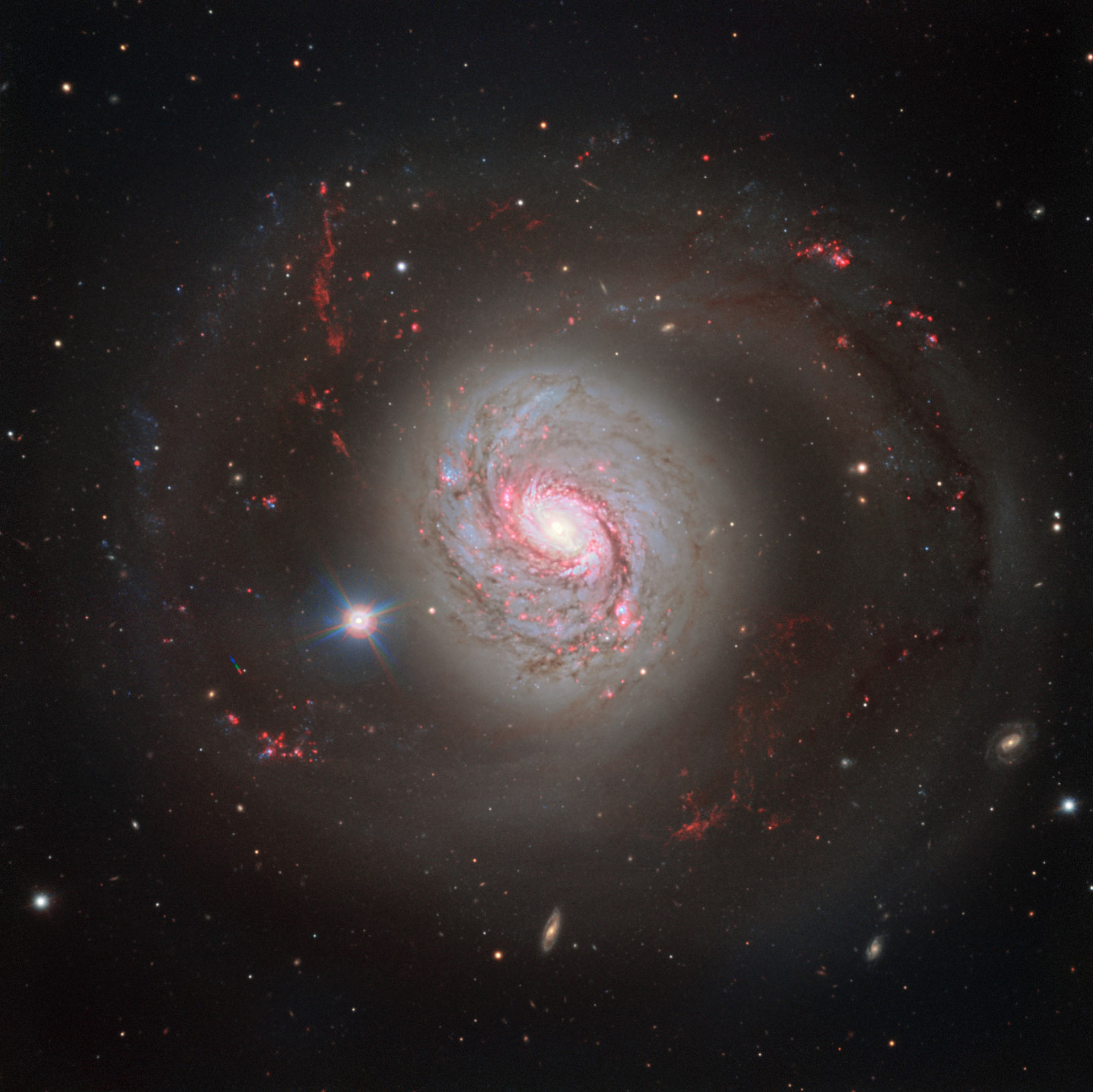 Previous post: Do you know who these people are? (Update: Found)