The Kids Are NOT Alright by Bad_Brad

Celebrating the culture of hugs and drugs

“We’ve turned a bunch of these kids into time bombs. The snow flakes, soccer moms, and school districts did it. But we let it happen.

“Have you seen the picture of the 17 year old shooter in Maryland? He looks like the all American boy growing up next door.

“This shit didn’t happen when I was a kid and as you know weapons were a lot more accessible. This bomber’s reason for doing what he did were a reaction to “The Struggles in his life”. You don’t handle struggle well when you grow up never losing. There’s no losers, just participation trophies. Particularly if your a young boy going through school being told you should act like a girl. And believe me that’s exactly what these zero tolerance programs in our schools have accomplished.

“The X Sac County Sheriff, John McGinness has a radio show on our local news station and he just nailed this the other day.  Back when we were kids if you had a beef with someone you’d meet them after school, beat the shit out of each other and were eating lunch together the next day as best friends.

“I think back on my own life experience back at that age. As a Freshmen in High School I was destroying my age group. the cool thing about wrestling is if your wrestling on the Frosh team, but want to wrestle on the JV or Varsity team is all you need to do is challenge the wrestler that occupies that spot. I did just the with the JV wrestler. My first match as a JV I got my ass kicked all over the damn mat. I shook the winner’s hand but was so pissed I didn’t speak a word to anybody for a couple days.

So at that point I could either man the fuck up and decide how to get better, or grab a gun and shoot a bunch of people. Option two was never a consideration back then. Because we knew we would eventually lose. And there were no trophies for losers. So I worked a lot harder. Got a lot smarter. The end result of losing. That motivation is not there for boys that are raised as girls and told “Your Perfect Just The Way You Are”. 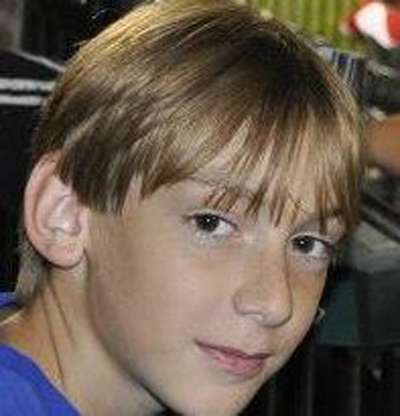 “The end result is what, 22 dead in the last 3 weeks? And now we get to listen to David Hogg wild march out and spew his rehearsed shit, programmed by the same people that caused this in the first place? Fuck that. We need to start laying blame were it belongs. At the feet of the progressives. I’ll tell you who the true victim is here though. That poor cop that had to kill that 17 year old in Maryland. That would be tough to get past.” Recording: Bomber had no specific motive, just very troubled – Bad_Brad gives his view of our tender time bombs @ IOTW Report

Next post: “Homeless in Seattle” A Drive-By by Ol Remus Plus My Own Footnote