Just a small side-trip to Borneo

“The world is so full of a number of things, I ’m sure we should all be as happy as kings.” — Robert Louis Stevenson “One of the most unusual fungi I’ve come across in Borneo’s rainforests is this cage fungus (Clathrus sp.). If only the smelled as nice as they looked! These are relatives of the stinkhorns (Phallaceae) and their name is well deserved. Rather than having airborne spores as most mushrooms, these utilize insects for their dispersal. The putrid rotting scent attracts flies and other insects that inadvertently carry away bits of the sticky brown slime, in which the spores are found.” 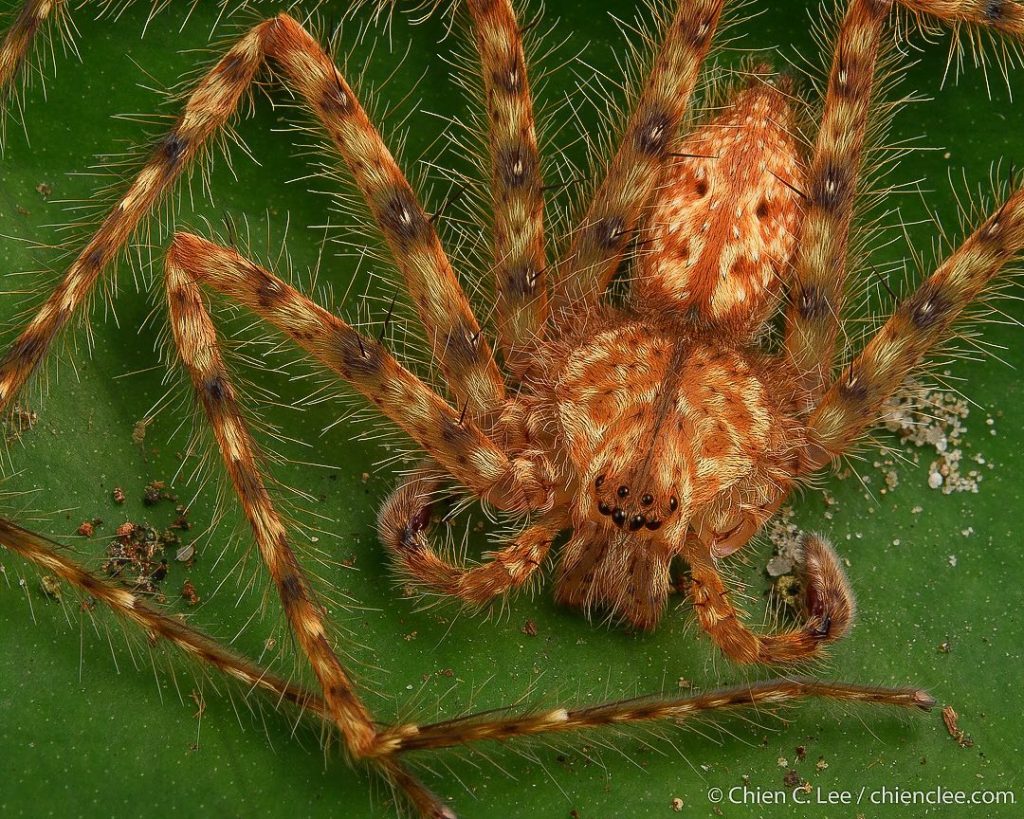 “Even though he’s missing a few legs, this beautiful long-haired huntsman spider (Gnathopalystes sp.) seems to be getting by just fine. While spiders normally have remarkable regenerative powers – growing back missing limbs slowly with each successive shedding of their skin, this particular individual is an adult male (as told by his enlarged pedipalps, the front pair of appendages on either side of his head) and as such he is near the end of his life cycle. With no more future molts ahead of him, his only objective now is to find a mate before his time is up.” “The incredible mimicry of the Satanic Leaf-tailed Gecko (Uroplatus phantasticus) is perfectly tailored for its particular microhabitat in the rainforest. While many of Madagascar’s other leaf-tailed geckos conceal themselves on the vertical trunks of trees, this species maximizes its camouflage by hiding among dead foliage, sometimes even in plain sight.” “An endemic of Borneo, the Sabah Pit Viper (Popeia sabahi) is one of the prettiest of our venomous snakes, easily differentiated from other green vipers on the island by its distinctive red eye. It appears to favor the cooler montane forests – this specimen was resting coiled on the side of a mossy tree and had just been drenched by a passing rain shower. Photographed using only natural light.”

ALL FROM Breathtaking Wildlife Macro Photography In The Borneo Rainforest By Chien C. Lee

Previous post: Gain Some Real Weight for the Holidays: Essential Craftsman Scott Wadsworth gives you a chance to win a 160# anvil for Christmas