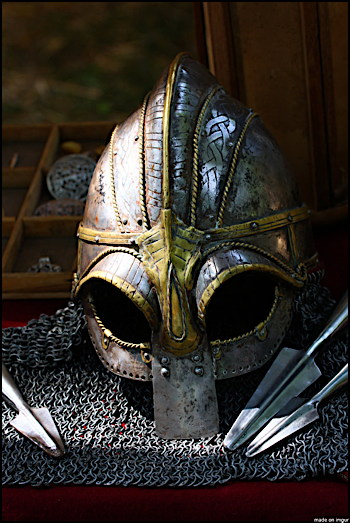 So whence a feminized civilization? To whom does tomorrow belong? Comment of the year from Western Rifle Shooters Association:

“About 16 years ago I think I heard the best definition of Men of The West, while eavesdropping on two young hot Babes at NH International Raceway/Louden Road Course.

“I have raced a number of different machines most of my life, the last 20 years competing in Motorcycle road racing, the racing you see racers dragging their knees and elbows on the asphalt. It has always been a pursuit where you find out right away if your spouse/ggirlfriendis a man hater. To put it bluntly. You find out if you, and other men you associate and race with have a set of balls also. To put it bluntly again. It is not for the faint of heart this kind of racing. It is inherently very dangerous, it kills many, seriously injuries almost everyone eventually. That’s the background to put the two above young ladies conversation into context.

“I was alone in the open garage pits a group of us shared, engrossed in changing tires for my next race. One of my fellow racer’s wife was sitting with her new friend she had invited to the race weekend. They were lounging in the sun just outside the garage, wearing bikini’s and enjoying conversation. I was hardly listening while remounting a rear wheel when the new girl says with this blood dripping fangs & claws out shrew-like disgust:

“These men. What’s with them? Playing with their toys chasing each other like little boy’s?”

“I was kind of taken aback by the vehemence in this woman’s comment. It was pure derision. I sat up and was about to ask her what the fuck was she doing here when her friend said:

“You have to understand something about these men. They know what fear & courage are. They seek both constantly, it’s in their blood. They are the warriors who in times past grabbed their spears & swords and rushed to the sound of war.”

“She stopped for a moment waiting for her friend to respond, but all she got was the most classical response imaginable, a nose in the air and a Hrrrrmph.

“She was quiet for a few more moments and said to her friend,

“One day us woman are going to need these warriors, and they will need us. Everything comes full circle, we will need these men to protect us and our children.

“A couple of the guys came in from their race & I couldn’t hear what else they talked about. But I walked over with a couple cold drinks for the two ladies and said thanks to my friend’s wife. She nodded winked and smiled. She knew I heard her comments.

“What this Woman said, I was never before so proud of being a Man as that, it truly defined something I took for granted because of how I was raised. It’s carried right to this second.

“Told her husband later her observations, we all nodded and we all shook hands. One was killed 2 months later. All of us suffered serious injuries at some point. I had a major head injury and 23 broken bones. No one ever quit.

“That day in the pits was one of those moments when everything is crystal fucking clear.

“You can spot the losers, the whiners, the almost brave ones just getting it now.

“It’s the quiet men among us, who look in your eyes. It’s past words now.

“It’s that time when we check the edges on our sword, check how it draws out of the scabbard. We check how our Mags seat, the bolt sliding home slick & keen like a razor’s edge through fresh muscle. Does the sight come up perfect every time? We check how our gear sits, snug, ready but never constraining our movements.

“It’s that time that Lady spoke of.

“Everything else, the fools and braggarts, the ones who let their fears run their mouths, who believe resistance is futile, who have already lost in their hearts & minds, the threats from our enemies, their chest beating, and predictions, are total fucking bullshit.

“Bullshit because if you have courage, if your heart is true, if you are for fighting and never giving up, if you are preparing yourself and your weapons, and your mind, then you’ver got nothing to say except, “Let’s win.”

“Winning is what Men of The West do.”