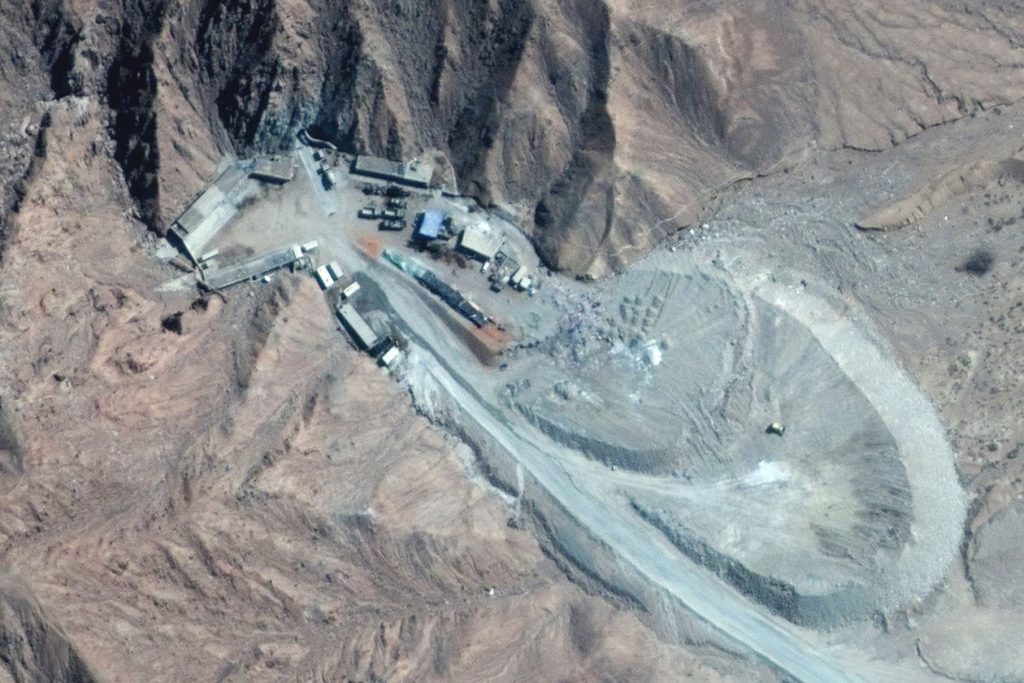 Chinese nuclear test site at Lop Nur. A cement truck is near the tunnel entrance and piles of dirt are on the spoil pile.

Possible Chinese Nuclear Testing Stirs U.S. Concern – WSJ China might be secretly conducting nuclear tests with very low explosive power despite Beijing’s assertions that it is strictly adhering to an international accord banning all nuclear tests, according to a new arms-control report to be made public by the State Department.

The coming report doesn’t present proof that China is violating its promise to uphold the agreement, but it cites an array of activities that “raise concerns” that Beijing might not be complying with the “zero-yield” nuclear-weapons testing ban.

The concerns stem from the high tempo of activity at China’s Lop Nur test site, extensive excavations at the site, and Beijing’s purported use of special chambers to contain explosions.

Another factor feeding U.S. suspicions is the interruption in past years of data transmissions from monitoring stations on Chinese territory that are designed to detect radioactive emissions and seismic tremors.

You tell me, just look all around
At the past and the present, the cross and the crescent,
The signs and the planets are lining up like before
There are souls on fire in the day and the night
On the left and the right, in the black and the white
You can see it burn in the eyes of the rich and the poor
Rumours of war
Rumours of war