Incoming! The Care and Feeding of “Peaceful Protestors” Rioting in Your Neighborhood

It’s late at night in your neighborhood, your Mr. Rogers suburban neighborhood, suddenly you are woken up by “peaceful protestors” in a mob in the middle of your street. They’ve got their bullhorns and their slogans and their heavy metal rap. They are screaming “SILENCE EQUALS VIOLENCE” and ‘GET OUT OF THOSE HOUSES. YOU DIDN’T EARN THEM. WE NEED THEM OUR OPPRESSORS BECAUSE REPARATIONS!”

You know, the usual cascade of insults and threats. But stop. Think. Consider those poor “peaceful protestors” and their oppression and pain and thirst and hunger. They’ve marched a long way from their base in the city and they are, if anything, hungry. In fact, the reason they are being so unpleasant to you is probably due to the fact that they are all hungry, or “hangry.” Just feeding them may cool them out and you have a Judeo/Christian/Taoist/Muslim duty to feed the hungry.

The question becomes — since we are dealing with the “peaceful protestors” —  how to feed them with equality of opportunity, but also “equal outcome.” After all, that’s one of the sacred texts they believe in and you gotta respect that, right? Right.

Here’s how.
Do you remember all those canned goods that you laid in along with bricks of ammo when this  Chinese virus invasion started? If you are like me you have so many canned goods you cannot contemplate ever eating that many Spaghettios and Campbell’s Baked Beans and Spam. You’ve considered donating these canned goods to the Food Bank but its already full. Not a problem, the mob in front of your house deserves to be fed instead.

Working with your neighbors and your local volunteer security through a pre-arranged series of texts simply carry your canned goods overstock into your backyard and at a co-ordinated moment launch those cans at angles over the roof of your house and into the mob. (If you have an advanced sense of humor hurl a few can-openers with them.)

A cloudburst of canned goods dropping onto a mob from above like manna from heaven should solve their hunger issues for the rest of the night. If it doesn’t you can give them some of that surplus ammo you laid in. Either way, it’s all good AND it’s for a good cause. 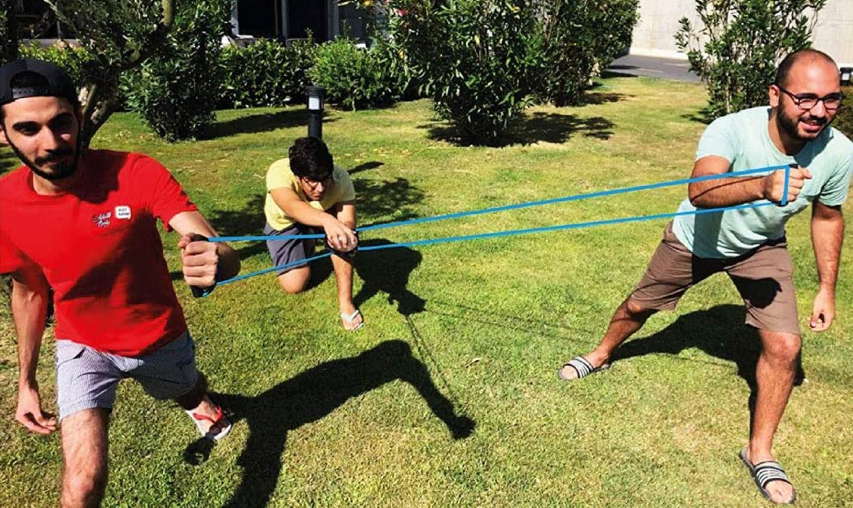 Fun for the whole family!