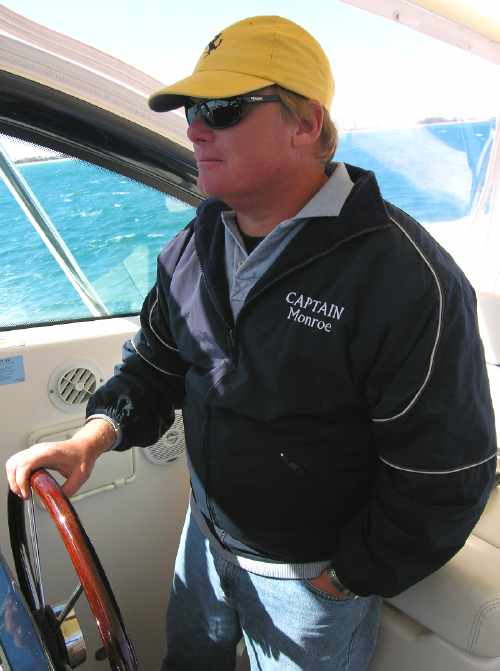 Just another ordinary day on the ocean.

It’s my good friend Monroe calling from his home in Fort Lauderdale. I knew he was running his Sea Ray up from the Florida Keys, so I’m glad to see he’s home and dry.

“What happened? You okay?”

(When people run serious power boats from the Keys up to Lauderdale, it’s a full day on the ocean and things can sometimes go wrong, very wrong. His boat seems big at the dock, but take it off shore and towards the Gulf Stream and it quickly becomes very small. The Atlantic is a great reducer.)

“Well, I was trying to get someone to crew with me on the boat, but one person after another flaked out so, in the end, I had to take it myself. It’s a full 8 hours cruising on plane once you get away from the Keys and out into the open ocean, and it’s not always fun. But I’ve done it before. You just bring the boat up on plane, punch in the GPS way points and then pretty much monitor the autopilot for eight hours. I usually just put in the ear plugs, sit back and take the ride.

“Anyway, I’m at least four miles off shore along the edge of the Gulf Stream abreast of Miami with an hour left to run when I decide, okay, I’ll have one cold beer. So I pop one and take a sip. I turn to my right to put it down and something flickers in the corner of my eye.

“I look again just behind me and about a quarter mile more out to sea and, when a wave falls away, I see a small boat with three people standing in it. And it seems like they are all waving. At me. Now people wave at each other from boat to boat all the time, but these men seem to be unusually enthusiastic.”

“I pick up my binoculars and look again. They’re fading behind me now, but I manage to get a closer look and, sure enough, there’s these three men all standing in this dinky boat and waving. I throttle back to look more closely, and I notice that while they are waving, the boat they are in is getting lower in the water.

“Okay. That’s all I need to see. I turn the boat out to sea and come back up on plane and get over there. Sure enough, as I come closer it becomes very clear that the situation they are in is commonly known as ‘sinking.’ They are sinking fast. And waving faster.

“I don’t want to swamp anything so I throttle back. Then I remember I’m wearing ear-plugs. I take them out and a good deal of shouting comes in to accompany the waving.”

“I pull up within about thirty yards from them. It’s an open boat and they’re wearing some cheap Wal-Mart lifejackets; almost kid’s life jackets. Keep in mind that we’re four long miles off shore, bumping along on the edge of the Gulf Stream, and the current is whipping us along.

“I go to dead idle and sort of drift up on them and, just as I get within ten yards, their boat capsizes, flips them all out into the ocean and slides under. I step to the aft deck, open the door on the deck, put the ladder down and hold out the boat hook. Their boat’s a goner, but they spend about sixty seconds in the water, and then they’re on my deck, wet but very, very grateful.”

“Amazing,” I tell him. “Simply amazing.”

“God was watching out for these guys. They had no radio. No inflatable. Nothing except some stinky life jackets.

“If the guy I’d lined up to crew hadn’t flaked out this morning, I’d have been underway at least an hour earlier and tied up in Lauderdale with a serious cocktail.

“I got on the radio and called the Coat Guard. They had me hold station and sent a cutter out. They took the guys off and took them back to shore in Miami. I fired up the engines and came home. My dog was upset though. Ten hours without a chance to pee.”

The name of my friend’s boat? 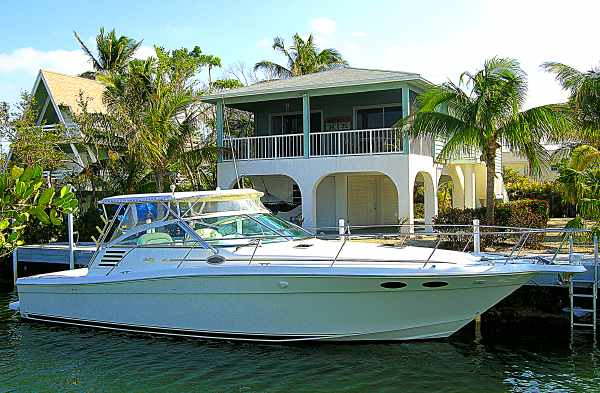 Next post: Dust in the Wind and the Summer of 77