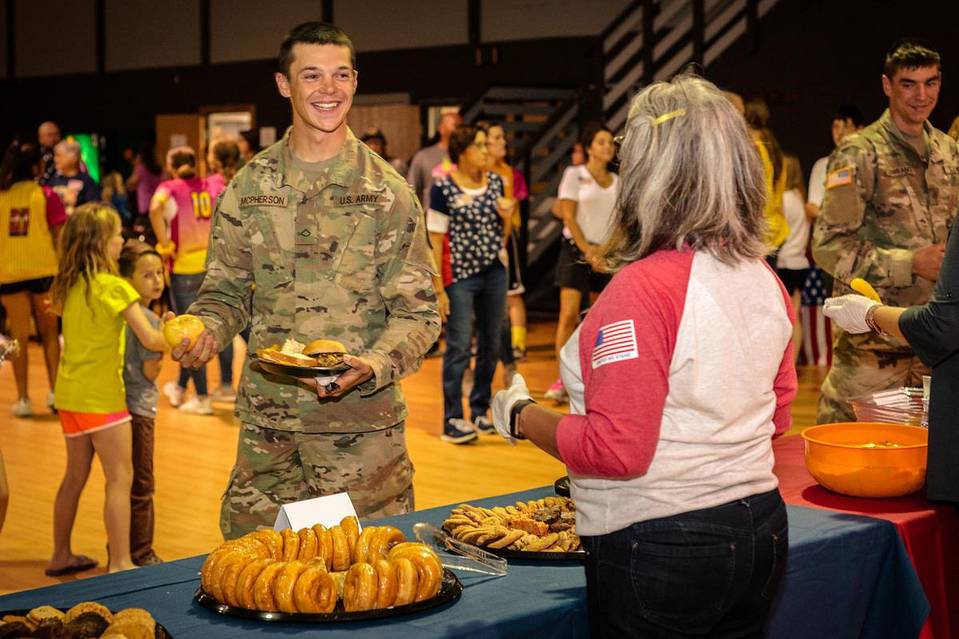 Col. Jaskolski, a veteran of the Iraq war, is commander of the 142nd Field Artillery Brigade of the Arkansas Army National Guard. For three weeks earlier this summer, the 142nd had been conducting an emergency deployment readiness exercise in Wyoming, training, and sleeping outdoors, subsisting on field rations. Now it was time for the 700 soldiers to return to their base.

A charter bus company had been hired for the 18-hour drive back to Arkansas. The Army had budgeted for a stop to get snacks. The bus company determined that the soldiers would reach North Platte, in western Nebraska, around the time they would likely be hungry. The company placed a call to the visitors’ bureau: Was there anywhere in town that could handle a succession of 21 buses, and get 700 soldiers in and out for a quick snack?