How to Explain Fracking to a Biden Bozo: Fracking Facts from Jack

In last night’s “debate” Joe Biden threatened to destroy the fossil fuel industry in the United States starting with fracking. But, you say, Vas is diz fracking und how iz it done? 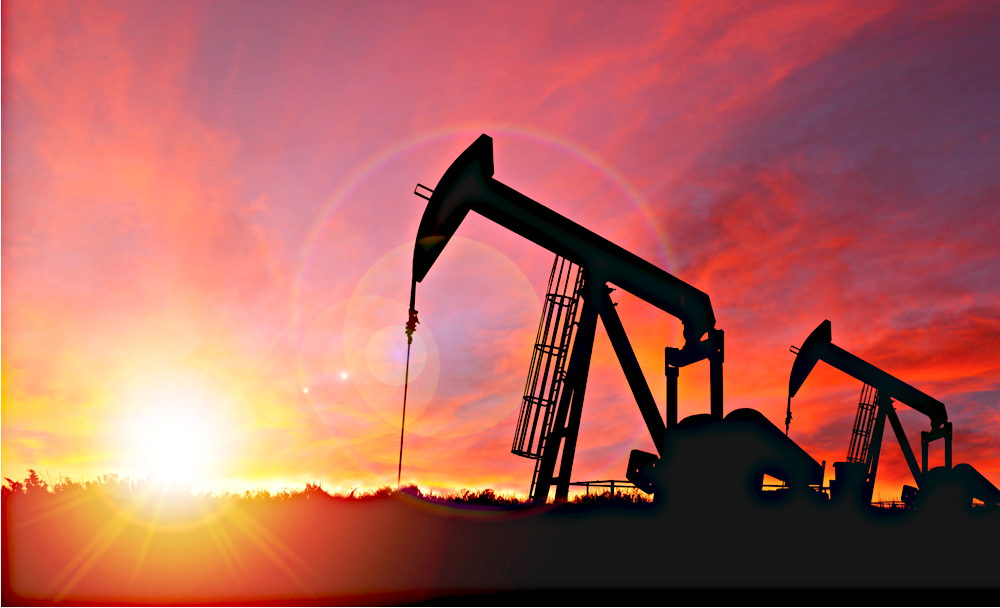 Well fracking is a well completion process that is done correctly 99.99999% of the time and its only effect is to enhance the recovery of hydrocarbons from a potentially productive formation thousands of feet beneath the surface but when fools like Biden stand in front of a mic and talk about fracking as if the process is some kind of environment wrecking operation I have an irresistible urge to calmly get out of my chair and bitch slap that idiot into a deeper unconsciousness. Not a single moderator has asked that butt wipe to explain the environmental danger of fracking and he prattles on about it like a damned fool.

When a well is drilled, the drill bit cuts through multiple layers of hard rock from the surface to its total depth (TD) and at that point the wellbore is logged, a term which means that it is, for lack of a better explanation, surveyed with a series of tools that can determine the permeability (the ability of sand grains under high pressure to transmit fluids) and porosity (a measure of space between those grains of highly compressed sand) of each layer of rock and the presence of various waters and of hydrocarbons within each layer of rock due to their ability to permit an electric current to flow through them.

Water is not resistive to electric current but hydrocarbons are resistive and scientists by studying these logs, which portions of a sand thickness have water (fresh or salt), which contain high concentrations of hydrocarbons and whether the formation will yield those hydrocarbons without much stimulation or, if porosity and perm and low, if the formation will require stimulation, i.e. a frack job to split those rocks and open them so that oil or gas, along with the frack material, to be recovered, separated and marketed.

When a frac has been performed on a well bore, the frac fluids and usually the sand mixed with it, often return to the surface, through the drill pipe, where the water and fluid is separated into tanks. Very often frac fluids and material are trucked away from the are reused on other wells. Along with these frac fluids, the well usually produces high volumes of water which is usually mixed with hydrocarbons. That mixture is also sent through separators and the water, which has to go somewhere, is directed to holding tanks. Any hydrocarbons recovered while the well is cleaning up are also directed to surface tanks or to a gas sweetener for marketing.

Eventually the well will deliver all or most of the formation water and when that occurs it goes on stream for marketing, the location is cleaned up and the well is then supervised by field crews that are employed by the Operator.

The water obtained from that well bore has to go somewhere and it is customary for an Operator to dispose of the water through what are known as salt water disposal wells or, simply, disposal wells. Water is trucked from the original well’s location and it is sometimes used in secondary or tertiary recovery operations on older fields by injecting that water into well bores on the flanks of an old productive field where once injected, the water moves from the injection site…a point of high pressure…through the formation and over time…to a recovery well that is still capable of producing hydrocarbons through that water flooding program. When the recovery well begins producing the injected water, it is usually plugged and abandoned and dies its natural death.

Now, the problems that are being experienced that we are all hearing about fall into two categories. The first is pollution of ground water sources. This event very seldom occurs and when it does, it indicates that when the well was initially drilled and the surface casing pipe was cemented to protect fresh H20 formations, that the cement job failed or that perhaps there exists a fissure in the surface casing that permits the communication of water or drilling fluid, etc., into the fresh water source. However, this problem very seldom exists and even with my 40 plus years in the exploration side of the oil and gas industry, I can only recall one or two times that the problem has occurred. There are others, no doubt, but it’s a 1,000,000.00 waiting on a penny kind of problem and it is usually repaired within a very short time upon discovery.

The other event is a big deal. That is, the disposal of salt water into deep injection wells. When the water from any well, regardless of whether it was fracked or not, is injected into deep injection wells, that water moves from a level of high pressure to an area of low pressure, very slowly and over time, through rocks that are thousands of feet beneath the surface. As the water migrates it will enter the facies and fissures of rocks and it will ‘lubricate’ existing faults in the area of the injection well. That fault lubrication, if the fault is under pressure, will cause the fault to slip and the result will be an earthquake of some magnitude.

Oklahoma particularly has had to deal with that problem and the Oklahoma Corporation Commission has required highly in-depth and expensive studies on this problem and it has, in many instances, prohibited further injection. When that occurred, the quakes began to lessen and now they are rare.

The oil and gas industry is working on methods to treat salt water so that it can be neutralized, used and no longer injected and in short order, if that has not already become practice, it will be.

What I’ve provided is a snap shot of oil field practice and the changes that occur in an attempt to disarm people regarding Biden’s and the entire environmental movements’ fascination and condemnation of fracking as an environmental hazard.

Do not think, even for a second, that knowledgable land owners, various environmental agencies and the EPA are inflamed about fracking.

Nope, it’s only a bunch of GD Leftists and stupid bastards who will believe anything some emotional, uninformed and agenda minded POS tells them, who desire to mutilate an absolutely positive industry and destroy millions of jobs and the support industries that assist it.

Someone needs to call these clowns, Biden, Pelosi, Harris and others on this matter in a public forum and have them explain just what it is about expensive and highly complicated well completion practices that frightens them so. I’d love to hear their replies.
practices

In other words, as a much less understanding person such as myself might say to a Biden Bozo:

Next post: Long Read of the Day: Lileks, James on the Monitors

Previous post: Noted while passing in the breakdown lane