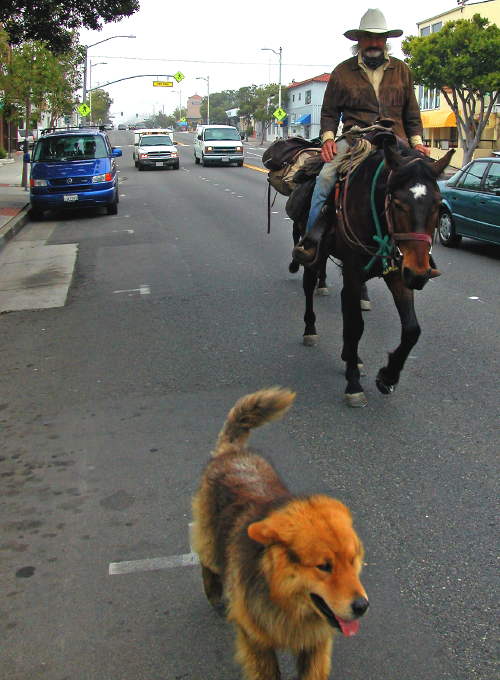 I encountered the Horseman in Laguna Beach riding along the Pacific Coast Highway. He was ahead of me moving at horse speed. The traffic, hurried as always, slowed to a pause and then pulled around him. As I pulled past him, I could hear the clip-clop of the hooves of his mount and his pack horse. I glanced into the rear view mirror after I got ahead of him and saw the blinking red and blue lights and heard the short bleep of a siren tapped once. The Horseman had been pulled over by the Laguna Beach police for an interview. I pulled in around the corner, walked back, and joined a group of citizens already watching this encounter.

The Horseman was riding to Texas. He said he’d started at the Canadian border. The cop asked him why he wasn’t driving. He said he didn’t have a truck and a horse trailer, just a horse, a pack horse and a dog. His plan was simply to ride the coast to San Diego and turn left until he got to Texas.

He had what he called a “shoulder pass” which he drew from his pocket and presented to the officer. The officer, being confused, was not even sure such a document existed and examined its molecular structure.

Then the Laguna Animal Control officer showed up. That officer informed the cowpoke that he did not have his dog on a leash. Something all good little citizens of California do as willingly as they carry bags of dogshit around in their hands.

The Horseman replied sensibly that his dog (named, I swear, “Dog”) knew how to follow along, and that if he put a leash on him from the saddle he risked strangling the dog.

At this point, having been alerted to the Horseman, another police car showed up with another, but more senior, officer. He stood to the side a bit taking in what the situation actually was.

The animal control officer, failing to see the sense of not strangling a dog on a leash tired to a horse, began a hectoring lecture on the very special ordinances of the very special town of Laguna Beach, California. The Horseman stood motionless as the scolding went on. Finally the litany of banal cop-talk was interrupted by the senior officer who evidently had less patience for the Animal Control claptrap than the Horseman. After all, if you are riding a horse from Canada to Texas in the 21st Century, you are probably not in much of a hurry.

In short order, the senior officer informed the others that, regardless of the endless petty ordinances of Laguna Beach, what they were actually going to do was let this man continue on his way. Not only that, they were going to give him a police escort out of town.

I assume the senior officer looked into the near future of any other action. And in that future he saw the issue of providing transport for two horses to some undisclosed location as well as the dog, while they were arraigning the Horseman, was going to be far too much paperwork to contemplate. That and noting about 15 citizens gathered nearby, ready for a sincere chat with the city council probably gave him pause as well. 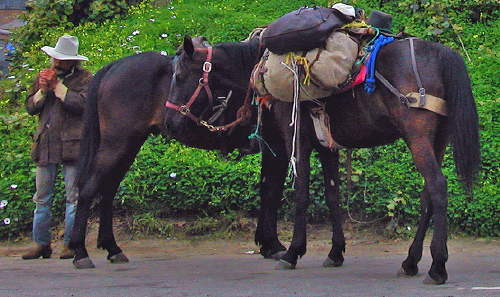 The Horseman had heard and seen it all before on the long road between Canada and Laguna Beach. He took “The Cowboy Way.” He rolled a smoke, nodded, saddled up, whistled to Dog and was escorted out of town. 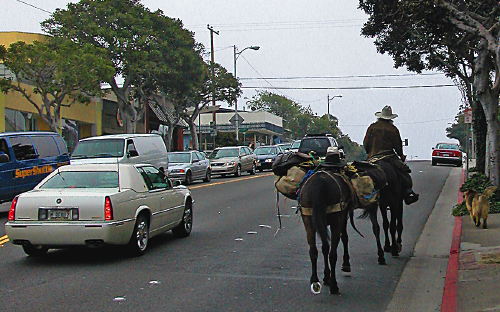 That was all years ago and on another planet “in another country; And besides, the wench is dead.”

But I still like to think of the Horseman. I like to think he’s still out there making his way from Canada to Texas — via a left turn in San Diego. 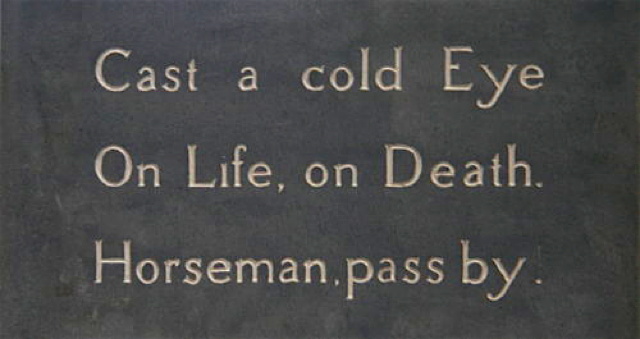