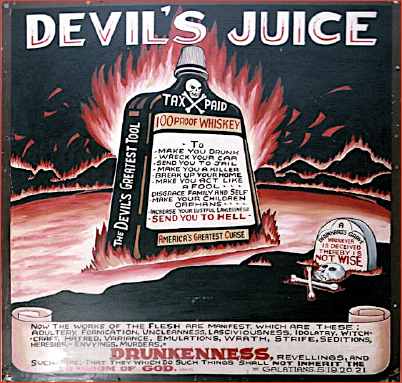 Seattle has a new employee tax to end “the crisis of homelessness and housing insecurity in our city”. Notice how their crisis is everyone else’s crisis, somehow. And notice the mission creep: “housing insecurity”, although consistency commends “homeful insecurity”.

“We have to go big or go home,” she said. “We must make a discernible impact on the situation and the number of people living in public and experiencing homelessness. Proposals that fumble around and don’t achieve that mark should not be supported.”

So, on authority of a “Progressive Revenue Task Force”, the solution to homelessness turns out to be other people’s money. Who coulda guessed? Yes, Seattle will “grant” said money in the form of “initiatives”, meaning handouts. Grip-and-grin photos will announce the Task Forces’s selfless heroism and certainty of success. Businesses and constructive citizens will enthusiastically agree. “We applaud Seattle for bravely supporting the homeless,” they’ll say, as they leave the city at the posted speed limit.

More vagrants, oops, homeless will move to Seattle. Because free stuff. The funds—they always say “funds”—will quickly be insufficient for the wave of new, um, clients. Gripe-and-groan photos of camps bigger and more squalid than before will announce a new “crisis”. Another Progressive Revenue Task Force will be formed.

Meanwhile, unintended but foreseeable consequences are making themselves known, to wit:

No city in the western world should be like this. If we take our major cities as evidence, a consensus emerges favoring these third world standards, perhaps as a companion to their third world arrogance and studied incivility. Hillary Clinton lost a rigged election in just this way.

Cities produce little that is useful and consume most of what is. They’re reservations for the mildly but progressively insane, each day a little more freakish, a little more perverted. They measure success not by who has the most but by who wastes the most. They’re wholly dependent on the despised normals outside their precincts for everything that sustains life, and certain of delivery by way of imagined entitlement. The jungles of Mexico are full of such places.

Cities are fragile, populated with hostages debilitated by fear, without useful resiliance or independent resourcefulness. Cities would be uninhabitable within days of a power failure . As it is, they’re paralyzed by persistent but otherwise insignificant attacks . Such cities are beyond fixing, yet by weight of numbers they force the Deplorables to comply with their bizarre delusions. It becomes clearer by the day what this means. [More from Ol’ Remus at Woodpile Report ]

We are a “Can-Do! Yes, we can.” society. One of the really amazing upticks in American society, as I noticed in a brief walk around various neighborhoods in sodden Seattle, is that we have almost completely cleaned up the streets of our cities.

How well I remember those tours through the various skid roads** of the cities I have lived in — Los Angeles, New York, Boston, and San Francisco –in days of yore. Gone now. All gone. And their wretched refuse along with them.

Take a walk yourself and you will see that it is true.

Nowhere in today’s brighter and more-caring American cities will you see those terrible social wrecks on the streets. Yes, no longer will you find “Bums,” “Junkies,” “Drunks,” “Bull-Goose Raving Lunatics,” or “The Hard Core Unemployed” on our sidewalks. They are all gone, a fading memory.

Indeed all that are left, strangely rising up from the background noise of the streets, are the blameless and harmless “Homeless.”

They are the last social class to be saved by our loving and caring society and their continuing expansion in our cities is a mystery which yearns for a caring social solution.

My own caring solution is simple and solves two lingering social problems at once: “Feed the homeless to the hungry.”

Problem solved and it is a two-fer. Paging Dr. Swift!

**The first skid row was Skid Road (Yesler Way) in Seattle, where logs were skidded into the water on a corduroy road for delivery to Henry Yesler’s lumber mills.

Previous post: The Kids Are NOT Alright by Bad_Brad