In a Hole or On a Rock Face?

Western Kentucky University geoscientist John All was traversing Nepal’s Mount Himlung in May 2014 when the ice collapsed beneath him and he fell into a crevasse, dislocating his shoulder and breaking some ribs. He landed on a ledge, but now he faced a 70-foot climb back to the surface alone without the use of his right arm or upper leg.

“I kept moving sideways, slightly up, sideways, slightly up, until I found an area where there was enough hard snow that I could get an ax in and pull myself up and over. I knew that if I fell at any time in that entire four or five hours, I, of course, was going to fall all the way to the bottom of the crevasse. Any mistake, or any sort of rest or anything, I was going to die.” For the Record – Futility Closet 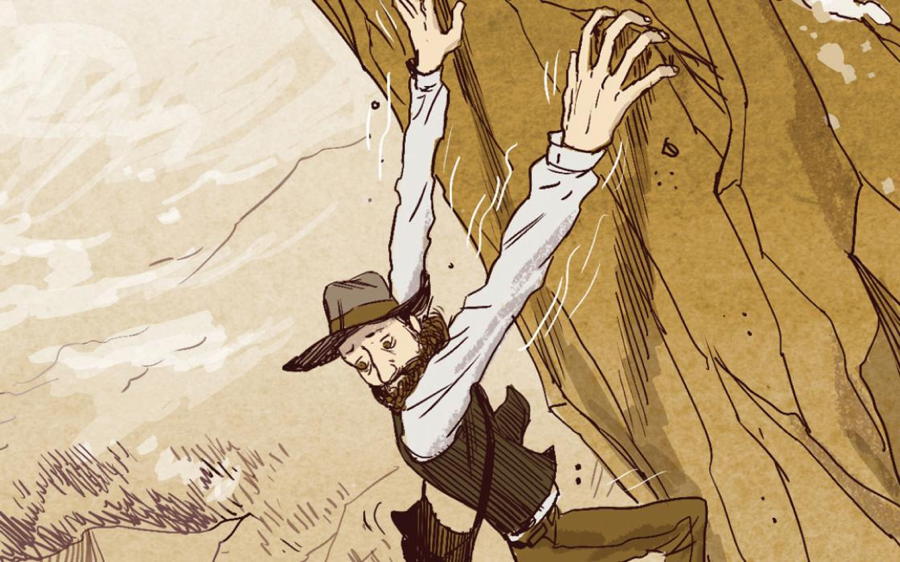 John Muir on his First Ascent of Mount Ritter, 1872

At length, after attaining an elevation of about 12,800 feet, I found myself at the foot of a sheer drop in the bed of the avalanche channel I was tracing, which seemed absolutely to bar further progress. It was only about forty-five or fifty feet high, and somewhat roughened by fissures and projections. The tried dangers beneath seemed even greater than that of the cliff in front; therefore, after scanning its face again and again, I began to scale it, picking my holds with intense caution. After gaining a point about halfway to the top, I was suddenly brought to a dead stop, with arms outspread, clinging close to the face of the rock, unable to move hand or foot either up or down. My doom appeared fixed. I must fall. There would be a moment of bewilderment, and then a lifeless rumble down the one general precipice to the glacier below.

When this final danger flashed upon me, I became nerve-shaken for the first time since setting foot on the mountains, and my mind seemed to fill with a stifling smoke. But this terrible eclipse lasted only a moment, when life blazed forth again with preternatural clearness. I seemed suddenly to become possessed of a new sense. The other self, bygone experiences, Instinct, or Guardian Angel,–call it what you will,–came forward and assumed control. Then my trembling muscles became firm again, every rift and flaw in the rock was seen as through a microscope, and my limbs moved with a positiveness and precision with which I seemed to have nothing at all to do.