[Bumped] “Hey, you know something people? I’m not black, but there’s a whole lots a times I wish I could say I’m not white” — Frank Zappa

Warning: The video presented below depicts the street killing of a man by a Minneapolis policeman in gruesome detail. I’m not easily shocked but it took me several tries before I could bear to watch it. It’s followed by a reaction by another American. I’ll take a step to the side here and let him tell you about it from his own point of view.

I don’t know what’s going on with Minneapolis and its cops these days but I’m with Zappa on this one. Cops need to do some hard time this time. 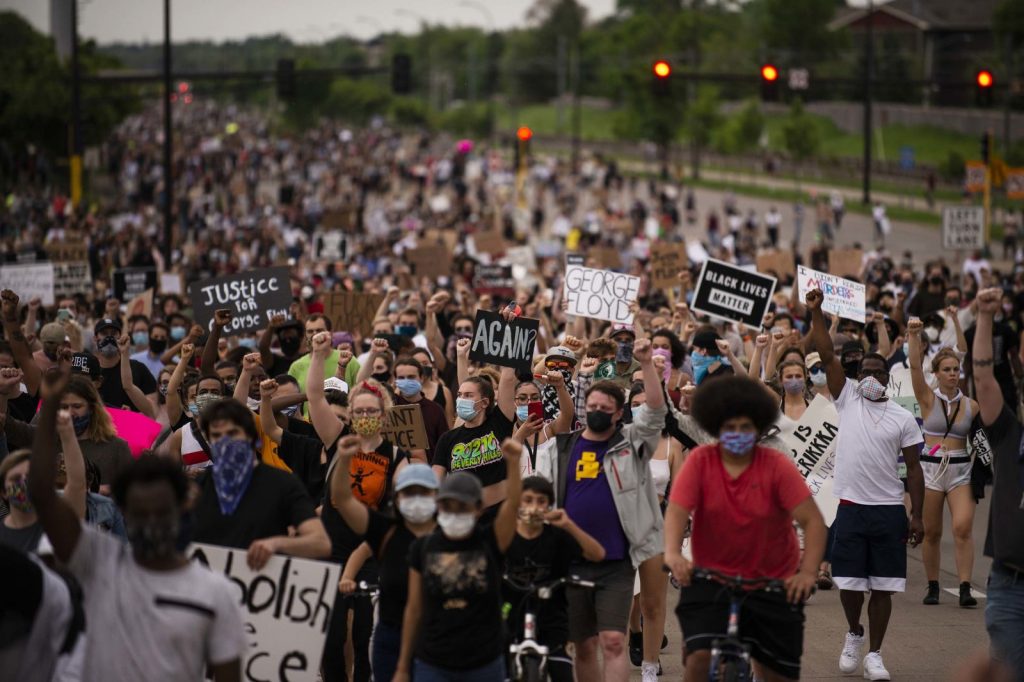 UPDATE: All four cops involved were summarily fired while the expected protests and riots jumped off in Minneapolis to be seasoned with tear gas and rubber bullets. The nation has more than enough to do this summer without dealing with this sort of racial animosity. At a time when all hands need to work together this the very last thing we need. And yet… and yet… here we are again

Police in riot gear spray tear gas and fire rubber bullets at protest over George Floyd’s death
New video shows George Floyd being dragged out of his car without resisting arrest, handcuffed and manhandled on the sidewalk

Next post: [Bumped] Outraged, they came, protested, and then did a little shopping