Memo to Iran: You Want the Boogaloo? Your Oil Refineries and Navy Are Next. 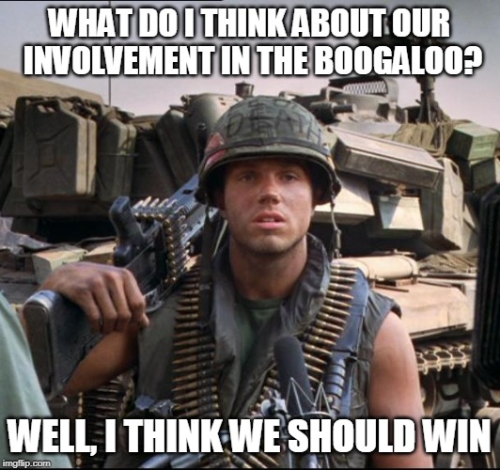 Soleimani’s luck couldn’t last; this time he met his end

The unthinkable has happened. The man behind Iran’s drive for regional hegemony, who commanded the Quds Force of the Islamic Revolutionary Guard Corps, has been targeted and eliminated. Unlike all the previous times when he got away, this time, he met his end.

Reports emerged after four in the morning, Iraqi time. A mysterious airstrike near the airport had led to rumors of its closure hours earlier. Two flights were inbound at the time, a Pegasus and an Iraq Airways flight. Three or four rockets impacted near the airport. US helicopters were reported buzzing in the distance.

It appears a cryptic tweet from US Defense Secretary Mark Esper announced the US policy to begin preemptive strikes against Iranian adversaries or their proxies. “To Iran and its proxy militias: We will not accept the continued attacks against our personnel and forces in the region. Attacks against us will be met with responses in the time, manner and place of our choosing. We urge the Iranian regime to end malign activities,” he wrote.