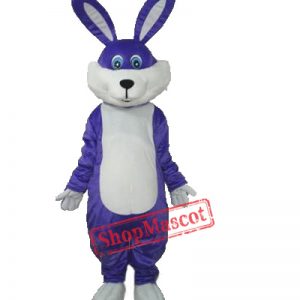 A twue story about a wascally Easter wabbit:

Decades back in a universe far far away I worked as the Director of Drama and Literature for the FM KPFA/PACIFICA in Berkeley. One of my innovations in that job was to take the station’s remote broadcasting equipment and set it up in People’s Park as an open microphone so that anybody in the community could come by during its hours of broadcast and say anything, do anything, PERFORM ANYTHING, that they wanted. Once we hosted five stoned hippies doing a foghorn symphony using five horns made from long dried tubes of kelp. Another time we had a kind of choral rant by a local commune that called themselves “Third-World Lesbian Mothers for Peace.”

It was, dare I say it, “Open-Source Radio” long before open-sourcing would become popular.

Then came the open mike I scheduled for one Easter Sunday thinking that the natural religious “diversity” of Berkeley would make for an interesting mix of talents. So we had somebody on the bagpipes, then the Krishnas showed up, then there was I believe a group of folks using Kazoos as their backing organ for some of the worst sung hymns I’ve ever heard (and I was an Episcopalian until those churches got too empty.).

And then, just when I thought it was safe to flip the broadcast back to the KPFA studios, a van pulled up to the curb near the microphone in the park.

The back doors opened and a woman dressed in a purple bunny suit sprang out and began hopping about ululating with plaintive screeeeees. The notable difference in her otherwise normal purple bunny suit was that there were hemmed holes in the chest so her naked (purple painted) human breasts flopped about in time with her floppy ears above as she hippity-hopped along.

Did I mention that the crotch of her bunny suit was also missing so that her (dyed purple ) bushy muff gleamed in the light? No? Well, now I have.

Did I mention that I was gamely describing the hippity-hoppity event to the KPFA listeners at home as this was happening? No? Well, now I have.

After she had hopped about in front of the microphone with her breasts flopping and her bush… well, never mind… the door to the van flew open and a hippie with his face painted purple and inside of another purple bunny suit hippity-hopped out.

As he hippity-hopped about the microphone in the park I noted that he carried a very large stuffed purple satin penis in an engorged state above two satin testicles that were also stuffed tight. This odd phallus he bounced about in front of him as he hippity-hopped behind the purple female bunny with huffs and puffs as she ran circles around the microphone still screeeing at the top of her bunny voice.

Did I mention that he needed this stuffed set of equipment held in front of him as he hippity-hopped because his purple bunny suit was also missing the crotch out of which his not-all-that-remarkable human equipment did dangle? No? Well, now I have.

The dynamic purple bunny duo hippity-hopped about in the park around the KPFA open mike for about five minutes and the people who lived near the park had started coming out of their houses for a closer look.

My engineer said to me (It was the intolerant and still sane 70s that had laws against this sort of exposure), “Isn’t that illegal for him to be running around with his dick dangling?”

When I got back to the station that afternoon, the KPFA Station Manager informed me that the open-mike experiment was over.