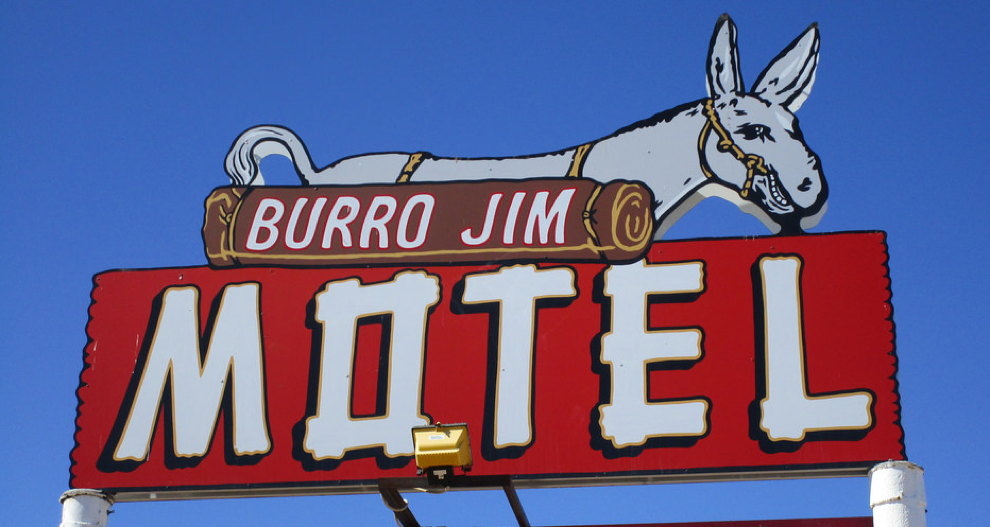 Mood: Pissed off and not sufficiently in touch with her feelings. Again.

It was one of those arguments that, if they don’t end a marriage outright, threaten it with premature extinction. Like most, it was my fault. Like most, it probably started over a small thing in the way that explosions start with a spark in a primer. Whatever it was, like an explosion, it quickly escalated to the well-worn phrase that those who are wrong always use at the end, “Okay, that’s it. I’m out of here!”

And out the door I went. And down to the driveway I went. And into the car I went. Out of the driveway and into the road I drove taking a hard left that would lead me down the right curve, then the left curve, then onto the main road. Halfway down this road I pulled the car over, turned off the engine, and sat there listening to the June Bugs whirr in the warm summer evening.

At which point it dawned on my small reptile brain, as it must have to countless husbands, that although I was gone I had no place to go.

Of course, that wasn’t quite true. In theory, I had every place to go. Everyplace except back to the house I’d just left. I was parked close to the I-95 and the Boston Post Road on coastal Connecticut. I could go west-north-south wherever…. but I couldn’t go back. At least not right then. That would be too humiliating…. too much like a Monty Python sketch. So I chose the solution that countless husbands have taken, I headed to the nearest hotel/motel.

In this case, the nearest hotel/motel was an extensive establishment just off the Post Road. I pulled in front of the entrance and went inside. The check-in clerk visibly brightened as I walked in and gave me an effusive welcome. It didn’t really lighten my mood to be greeted so warmly. I just asked for a quiet room where I could relax and take stock.

“A quiet room? We have a fine quiet room for you just across the parking lot. I’m sure you’ll find it most satisfactory.”

If the word “Whatever” had been in use then, I’m sure I would have spoken it. As it was I wasn’t paying that much attention. He took my registration and credit card information and passed me the key. “Just pull across the way. It’s on the ground floor. Do you need any help with your luggage?”

I needed no help at all with my luggage since I didn’t have any luggage. Storming out of a house loses its impact if you pause to do anything sane like, say, pack a bag. I took the key and paused a bit looking at the indoor swimming pool that was just off the lobby. I didn’t note the clerk pick up the phone and mumble into it.

The exhaustion, the adrenaline jag, that sets in after anger passes were beginning to overwhelm me. I left the lobby and drove the car about twenty yards to park in front of my room, my rented refuge. I was looking forward to the solace of television and a fully stocked mini-bar. If I got hungry later there was a Greek Diner about a hundred yards down the road with “Breakfast All Day.”

It was not a good plan but it was the only plan I had. Maybe later I’d admit I’d become an extraterrestrial in my own town and “Phone home” seeking forgiveness. Maybe.

Stupefied I walked up to the motel room door, put the key in the lock, turned it, and opened the door.

There were dim lights on in the room so I stood in the doorway and scanned the room left to right for a moment. Wall, bathroom entrance, a wall with flocked green wallpaper and bad seascape (at least it wasn’t clowns), bed, night table, donkey eating a bale of hay.

Wall, bathroom, seascape, bed, table, donkey eating a bale of hay. A small donkey. A large bale of hay. In the night and in the dim hotel room in the corner. A calm and not too big donkey… eating hay.

Check nose. Yup, smells like a fairly clean donkey in there.

Situation same. Wall, picture, bed, donkey…. wait…. wall…. slightly at an angle instead of flat a portion of the wall where there should have been a sharp corner. Look more closely and see a thin place in the wallpaper. Hear a soft whirring noise. Then the phone rings.

The phone is on the table next to the bed and the donkey. I am in the doorway. It rings and it rings. I do not move. It stops ringing and the door of the room next to mine opens and Alan Funt’s son Peter walks over to me with a clipboard, a pasted-on smile and his hand held out.

Candid Camera was an ancient staple of TV running from 1948 until it petered out at the end of the 1980s with a few brief returns since then. It is now virtually extinct, but it was big “laff-riot” TV in its day.

“The premise of the show involved concealed cameras filming ordinary people being confronted with unusual situations, sometimes involving trick props, such as a desk with drawers that pop open when one is closed or a car with a hidden extra gas tank.”

In my case, it would seem that the gag was that random travelers of the Boston Post Road who’d come to the hotel/motel for refuge would be treated to a donkey in their room and filmed from behind a blind next to the wall. It probably seemed like a fine premise for a gag show into its fourth decade, but I — for one — was not exactly in the mood.

Instead of being the good-sport the show depended on I gave Peter Funt a look that caused him to take two careful steps back and lower his hand. I reached forward and slowly closed the door to the donkey room noting that, across the way, the check-in clerk and others are in the entrance to the lobby watching what happens next. They were all, of course, in on the gag.

In the next minute or so, Peter Funt brings me into their little circle of funsters. I remember that he seemed most concerned I sign the release form he had on his clipboard. I refused and asked, “Am I going to be charged for this.”

“No, of course not, the room’s on us and we’ll stand you for a new one for tonight with no donkey if you prefer, and dinner’s on us. Just sign this and…”

He was talking to a swirl of dust motes in the air.

Me? I was in the car and out of the parking lot and gone up the Boston Post Road and home. Long before they’d reset the room and walked the donkey, I was softly knocking on my front door seeking forgiveness and a room for the night. Without farm animals.

I was very tired. I was glad to be home.

Many years after I wrote about this in 2009 and many, many years after it happened, some kind soul put this clip on YouTube. I wasn’t having a bad dream after all.

Next post: Noted in Passing: There’s a new “Pride” flag. Do try to keep up.