HAM AND CHEESE: The Foundation of the Modern World 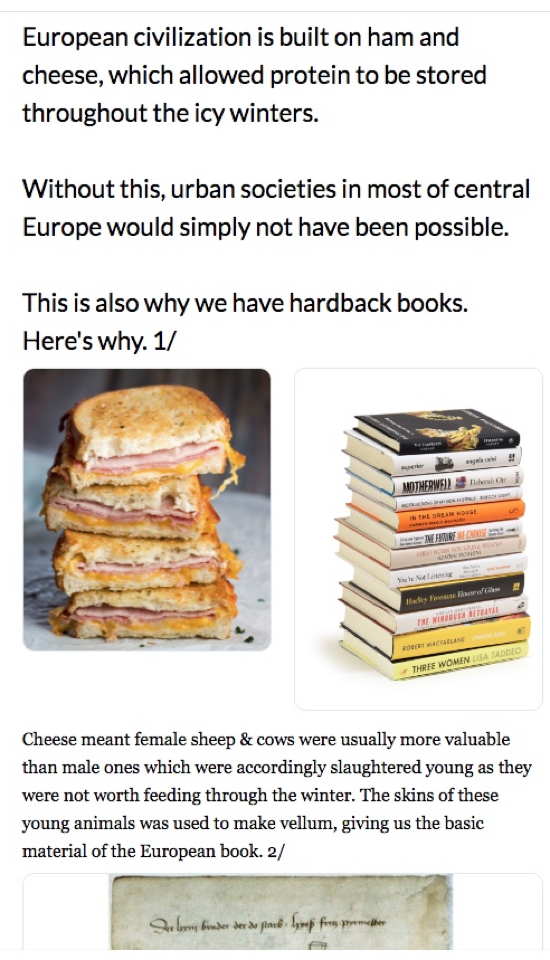 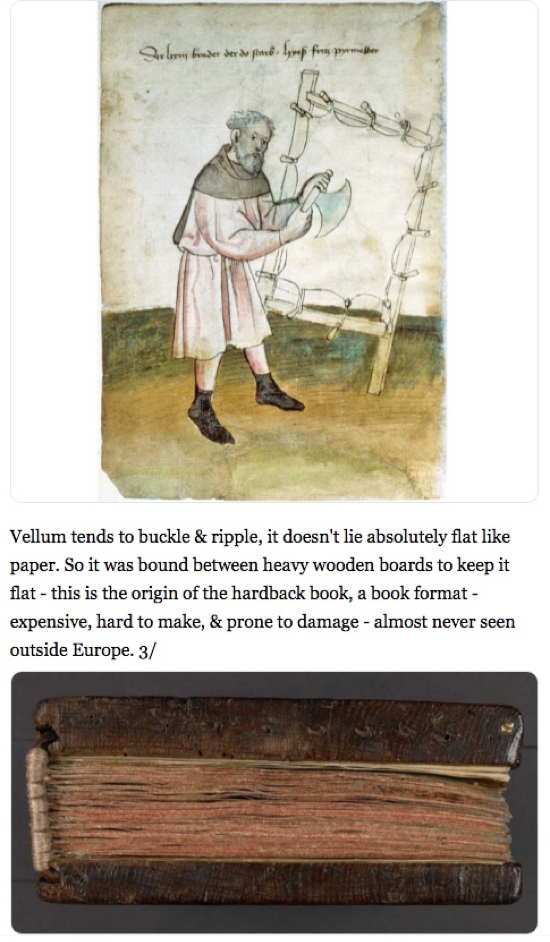 A particular characteristic of an alphabet (as opposed to a syllabary) is its ability to adapt to represent entirely different sounds and languages. This was likely important to the Phoenicians, whose civilization was spread out over 1000s of km of the Mediterranean coastline.

The Phoenician civilization extended over these vast coastal distances at least partly because of the economic importance of their dye-extraction industry. A sea snail – Bolinus Brandaris, the dye-murex – provided the sought-after purple dye for which they were famous.

In short: the letters in the book you are reading today, and the near-universal adoption of movable type printing in the West, both depend on these sea-snails.

So that’s why our books depend on cheese and snails. What about Jesus, underwear, and spectacles?

Next post: Noted in Passing: Brought to You by Pfizer

Previous post: Out in the Real World Some People Have Real Problems aka The Hand of God