Here are  two contrasting items from long ago (4 years) on American Digest. The first (Something Wonderful: Speed Riding at night in Chamonix – American Digest) showcases an almost impossible moment in our long climb up from the mud and remaining forever earthbound in the dust. It showcases a single man, at night over the French Alps near Chamonix-Mont-Blanc swooping high and low, pirouetting in his parachute, his brightly illuminated parachute — over  mountain peaks and valleys draped in  shawls of snow — descending down with skies on his feet, in an exercise of pure joy. It is a scene of clear crisp white nights. Its elements proclaim the triumph of man over nature. And it is all done to promote not only awe from those of us who do not have the skill and courage and means to replicate the feat, but to sell small cans of flavored water mixed with caffeine, taurine, B vitamins (B3, B5, B6, B12), sucrose, and glucose… a global blend called  Red Bull.

The elements that must come together to make this moment not only possible but viewable by us pretty much sum up the acme of technology and civilization available on the Planet Earth in the Year of Our Lord, 2022 AD:

On and on and on in a cascade of things replete with wonder and awe and, to the savage, pure magic they cannot hope to emulate, only to — somehow, someway — sponge off of.

We call this convergence of intelligence, innovation, and invention the First World. From it vast improvements in life, in comfort, in spirit, in hope, and in freedom are spun off on a minute by minute basis to such an extent that a man brought in from, say, 1899, would be struck dumb and in need of severe anti-anxiety 21st-century medication just to begin to get used to the reality we all take for granted from the moment that the alarm on our smart phone sounds in the morning.

At one time in the not too recent past, there were three (3) worlds. The First, the Second, and the Third. The Second world was thought of as those countries that were part of what was then known as The Soviet or Eastern Bloc. With the collapse of the Second world in 1991 those countries in the Second blended into the First and left only the Third.  And it left the denizens of the Third world with a deep, burning desire to move from the Third to the First. There were two major problems with this.

First reason:  The strange and mindless compulsion of the Insane Intellectuals of the First World, to import — through fair means or foul — an endless stream of third world inhabitants into their nations without any thought as to what might become of them, or the nations they flowed into. This is now ending and it is ending in a steady drift to the violent end such policies always engender: Guns.

It will end in guns for the second reason. The vast majority of Third Worlders do not assimilate into the First World but bring their third world cultures with them; cultures that are incompatible with and hostile to the First World no matter how many tasty ethnic food opportunities they offer to the Food and Travel channels.

Indeed, as we have seen in country after country, in state after state, in blighted urban core after blighted urban core, the extortionate techniques developed over the past decades by our own native underclass are soon picked up and practiced by our new, imported underclass. These advanced scamming skills also mean the added irritation of having to provide yet another series of language translators for all those too stupid or too obdurate to learn the language of the country that has given them, against all reason, shelter.

The result of decades of importing the real wretched refuse of endlessly teeming shores into America has been the planting and fertilizing of Third World cities in the heart of our cities. Mini-Mogadishus planted deep and growing helter-skelter inside our cities and suburbs. In  essence the nation, via its corrupt leadership, has helped to establish and fund armed hamlets of cultures that, at their bottom, despise us for being weak enough to allow them to thrive.  The result, here and in Europe, are armed hamlets of the Third World that  proliferate but do not, ever, assimilate. And proliferation without assimilation is a cancer on the body politic of this nation.

The turd world is exemplified by Liberia (American blacks’ 19th century effort at reverse colonization) and seen in all its putridity in the Vice video below the Chamonix video in   Mother of All Shithole Countries: The Cannibal Warlords of Liberia . And, as you might expect, the Turd World stinks:

Many years ago, as we prepared our return to a tough posting in the Far Abroad after leave in the States, our son asked, “Do we have to go back to the ‘turd’ world?” That phrase, “redolent” with the wisdom possessed only by children, has stayed with me over these passing years. My son was right about the ‘turd’ world. What tips you off that you have arrived in a poor country, a truly, genuinely dirt-poor corner of the Far Abroad, is the smell. As you leave the airport, you notice a special “exotic” odor of rotting vegetation, garbage, and feces combined with a slight whiff of smoke. Once you’re there a bit, you no longer notice. When you leave and come back, it slams you all over again. The kid was right: we had been and still do live in the “Turd World.” The DiploMad 2.0

The Third World, a few decades back, was somewhat dangerous to visit but usually not assumed to be lethal. The Turd World is lethal. It will, quite literally, kill you and eat you if you don’t pay the baksheesh demanded by what every group of thugs and cannibals you have let ensnare you.

The Turd World doesn’t care if you represent a political philosophy so full of the milk of human kindness that you will allow all of them to come into your nation without any vetting whatsoever. The Turd World doesn’t care if you offer it endless food and drink and medicine. That just makes you weak in their eyes. So weak, in fact, that in time  you will — for all your love of humanity — find yourself on their menu as soon as they have stripped you of all you have and all  you will ever have. 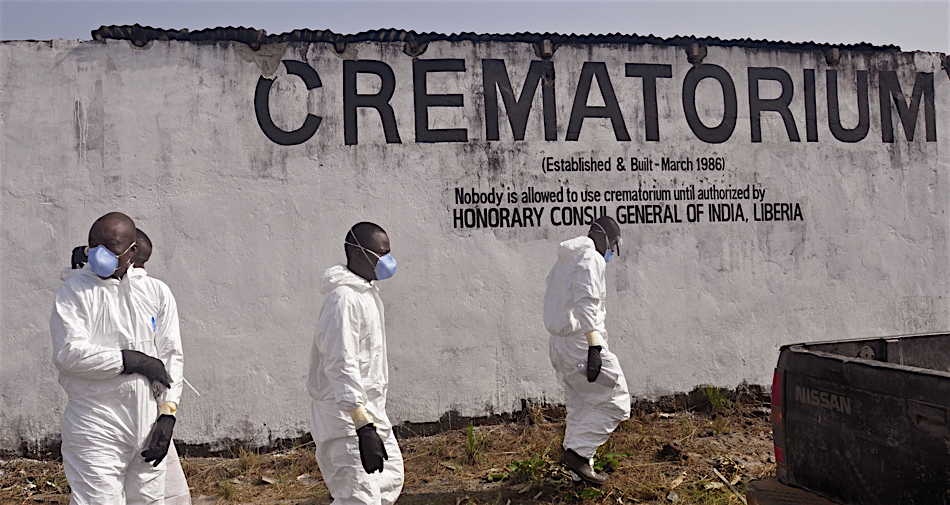 Next post: And now, the Once and Future President of Clownworld, George W. Bush, Putz