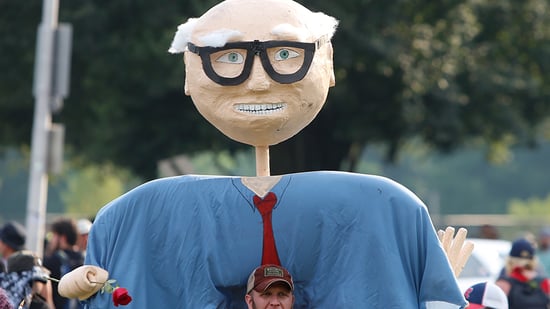 “And I’ll miss you most of all, Scarecrow.”Bernie Sanders, 78, canceled events until further notice after being hospitalized “During a campaign event yesterday evening, Sen. Sanders experienced some chest discomfort. Following medical evaluation and testing he was found to have a blockage in one artery and two stents were successfully inserted. Sen. Sanders is conversing and in good spirits. He will be resting up over the next few days.” Translation: He’ll be resting up for the rest of his life.

Nation’s Civil War Reenactors Have Been Preparing For This Moment Their Entire Lives U.S.—After Trump tweeted about a civil war, the nation’s Civil War reenactors excitedly began mobilizing, reporting that they have been waiting for this exact moment their entire lives. “I knew this day would come,” said Jed Jenkins, who reenacts the Battle of Gettysburg every year. “When Trump tweeted about civil war, I donned my rebel gray uniform and answered the call.”

“I must lie down where all ladders start/ In the foul rag and bone shop of the heart.”Affirming The Alternative The new alternative must start where all radicals start, as a rejection of the founding principles of the prevailing order. There is no universally preferable form of human organization, morally, ethically or practically. Human beings are not all the same, born with the same stock of natural talent. Further, humans are not infinitely malleable, able to be shaped into whatever society designs. These values may have had utility in the prior age, but in this age, they are a liability that must be abandoned… For there to be an alternative to conservatism, it must, therefore, be a genuine alternative to the Left. In other words, what is needed is not so much an alternative Right, but an alternative Left. What’s needed is a new radicalism that starts first with the understanding that we are entering a new age. The ideologies and moralities of the past age, the Industrial Age, are not relevant to the technological age and they are impotent and impractical for the demographic age.

Walking down Park Avenue this week, I had problems spotting the tip of the Chrysler Building’s spire. Ugly glass behemoths were in the way. Tall, slender, and glassy is the choice du jour in buildings; short, squat, fat, and ugly is le gout du jour in humans. Never have I seen a people more “replaced” than what used to pass for New Yorkers in my day. There are no more Winston Guests, not to mention Vanderbilts, Whitneys, or Rockefellers. We now have hygiene-challenged Silicon Valley imitators—ugly, slovenly, foul-smelling, and probably far richer than those mentioned above. (It’s even worse out west. A hero airman/tycoon Howard Hughes has been replaced by a Jeff Bezos; a champion sailor/magnate Ted Turner, by a Mark Zuckerberg.) A Bleak Prognosis

It does not matter how you frame it, as the West is now dominated by liberal democracy and the bourgeois sensibilities that supposedly support it. Look around the political classes of the West and you will not find exceptional men. In fact, much of Europe is now run by frumpy middle-class women. What is remarkable about the ruling classes of the West is not their mediocrity, but their uniformity. Every politician says the same things and behaves the same way in office. It’s rule by automata. Bourgeois Anarchy

Resolved: The Higher The Fewer And so they’re counting on (I swear I’m not making this up) scandal fatigue (attached to Trump!) to win them the 2020 election, the left decided to go completely, pants on head, writing obscene words on your naked bods with indelible marker, dancing a jig in subzero weather nuts.  Weâre not talking the gentle madness of planning a transatlantic bridge made entirely out of soap. No, in retrospect that was the Mueller inquiry.  Thisâ¦ this is something completely â¦ well, crazier.

Any minute now, they’re going to swagger over, wave something in our face and say “See, see? I told you the US is evil and Trump is a dictator. I have proof. Proof, I tell you.”

And we won’t know how to break it to them what they’re holding is a fistful of their own excrement. 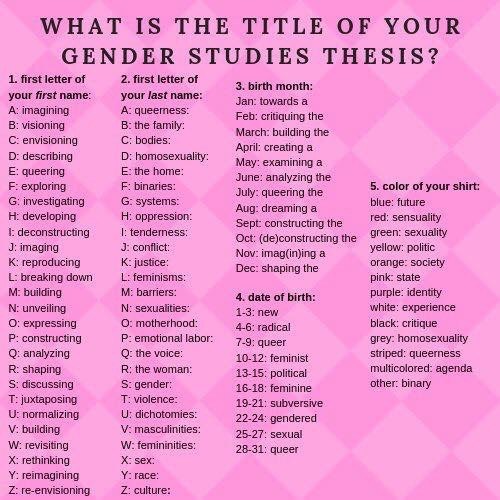 Conrad Black: Why Donald Trump will win big in 2020 |  This Ukraine nonsense is a fraudulent desperation shot by the Democrats and will blow up in their faces. Donald Trump is probably the most successful and powerful person in the world and he will steamroller this rag-tag of kooks and retreads desultorily arrayed against him. The U.S. system periodically crushes one of its parties like a waffle. FDR in 1936, Lyndon Johnson in 1964, Richard Nixon in 1972, Ronald Reagan in 1984, all won by over 20 points. The Globe and Mail can dream on like Johnny Cash’s Teenage Queen, but Trump will gain a victory on that scale next year, and like the presidents just mentioned, he will have earned it. Those who resurrect the fortunes of great nations are not groomed and sent out by casting studios, or subject to confirmation by foreign newspapers.

In making billions of dollars in (principally) Manhattan real estate, inventing a television concept and pulling in 25 million viewers every week for 14 seasons, devising a concept of levering celebrity, through being a boxing and wrestling impresario, a tabloid star and a reality TV icon, and then changing party affiliations seven times in 13 years and using social media to end-run the national press, seizing control of one of the great political parties and gaming the electoral system into the White House, he achieved more prior to his inauguration than any of the 43 preceding U.S. presidents except Washington, Jefferson, Madison, Grant, Eisenhower, and possibly Hoover. He is the only person elected president of the U.S. who never sought or held a public office or high military command and only the sixth to win the office with fewer votes than his chief opponent. This wasn’t luck; it was ambitious calculation and flawless execution.

How to Be a Dictator:   INGSOC has no state ideology. There is only what the Party says, which can change from hour to hour. Likewise, Dikötter argues, there was no ideological core to twentieth-century dictatorships; there was only the whim of the dictator. Nazism, for example, was not a coherent creed. It contained antisemitism, nationalism, neo-paganism, etc., but its essence was captured in one of its slogans: The Führer is Always Right. That is what the creed amounted to. Indeed, the NSDAP referred to itself simply as “the Hitler movement.” Nazism was synonymous with Hitlerism. Italian Fascism was perhaps even more vacuous. The regime’s slogan was simple: Mussolini is Always Right.

Treating a mental disease with poison. Puberty blocking drugs used on “trans kids” have killed more than 6,000 people  Here’s a horror show of a story that you’re probably not going to see on CNN anytime soon. A report emerged on Thursday indicating that the puberty-blocking drug Leuprolide Acetate (Lupron) has resulted in tens of thousands of serious “adverse reactions” in patients, including more than six thousand deaths. That’s bad enough, but it’s even more significant when you consider that this is one of the drugs being administered by doctors to so-called “transgender children” to unnaturally prevent their normal sexual development. And the testing done on the drug by the FDA for such applications appears to be thin at best.

A nation mourns:  Pictured: Gunman, 22, who died after accidentally blasting himself in the chest with his own shotgun | Daily Mail Online

Beto Goes to Kent State, Argues Only the Government Can Be Trusted With Guns 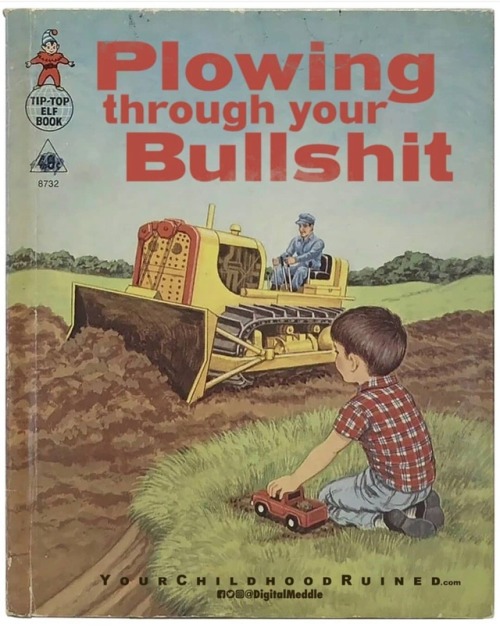 Why China is on the rise   To put it in perspective, imagine if President Trump had had both Hilary Clinton and Bill Clinton arrested and jailed, as well as two Supreme Court justices, two-thirds of the DNC, half the RNC, and numerous FBI, CIA, and IRS employees. That’s effectively what Xi has already done since 2012.

Top Rival American Politicians Are Competing to Jail Each Other | Belmont Clu   Politicians could be psyching themselves into the very thing they purport to abhor. If they sincerely want to step back from the brink now’s the time. Otherwise, their actions may at some point unleash a runaway train. As a Harvard symposium noted, World War I started by miscalculation.

“None of the leaders of Europe in 1914 would have chosen the war they caused–and in the end all lost. By 1918, the Kaiser had been dismissed, the AustroHungarian Empire dissolved, the czar overthrown by the Bolsheviks, France bled for a generation, and England shorn of the flower of its youth and treasure. Given a chance for a do-over, none of the leaders would have made the choices he did. Combinations of assertiveness and ignorance, risk-taking, overconfidence, and conceit produced an outcome so devastating that it required historians to create a new category: world war.” — Graham Allison

Next post: Site Notes: There’s some loose change at KA-CHING!