Essayist and Blogger Kathy Shaidle Posts Her Own Obituary 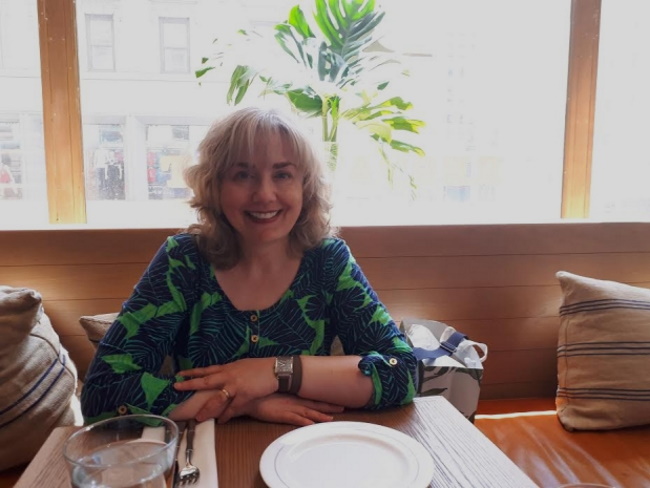 Mark Steyn remembers In a too short life, Kathy wrote in almost every form: She is the only writer I know who was both a respected poet nominated for major prizes and the “Ed Anger” columnist of The Weekly World News. And, as most of you know, after 9/11 she became the leading Canadian polemicist in the great messy decentralized blogosphere we miss so much in the age of Social Media woketalitarianism.

Her tombstone reads: GET OFF MY LAWN!

She is relieved she won’t have to update her LinkedIn profile, shave her legs, or hear “Creep” by Radiohead ever again. Some may even be jealous that she’s getting out of enduring a Biden presidency.

Kathy was a writer, author, columnist and blogging pioneer, as proud of her first book’s Governor General’s Award nomination as of her stint as “Ed Anger” for the Weekly World News. A target for “cancel” culture before the term was coined, she was denounced by all the best people, sometimes for contradictory reasons.

Kathy did not lead a particularly “full life,” her existence having been comprised mostly of a series of unpleasant surprises. Her favourite corporeal pleasure was saying, “I told you so,” which she was able to utter with justification multiple times a day. A bookish movie-buff and agoraphobic homebody, as a child Kathy (as per the Roz Chast cartoon) “always preferred the little couch ride on the merry-go-round.” Yet Kathy managed to acquire a reputation for mouthiness, a side effect of her bullshit allergy.

Contrary to cliche, Kathy did not conduct herself with particular “grace,” “dignity” or “courage” in her final months. She didn’t “bravely fight on” after her cancer was pronounced terminal. All she did was (barely) cope, and then only with assistance from her generous employer, and some energetic and selfless friends whom she’d somehow managed to acquire over the years, much to her astonishment. Of course, the greatest of these was her stalwart beloved of over 20 years, Arnie, with whom she is now in the ultimate long distance relationship. They can all finally catch up on their sleep.

Donations can be made to the Dorothy Ley Hospice, Toronto.

Next post: Something Wonderful from the Start of the First Millennium

Previous post: “Two riders were approaching:” Isaiah and All Along the Watchtower