Essay of the Week: The High Price of Stale Grievances by Coleman Hughes 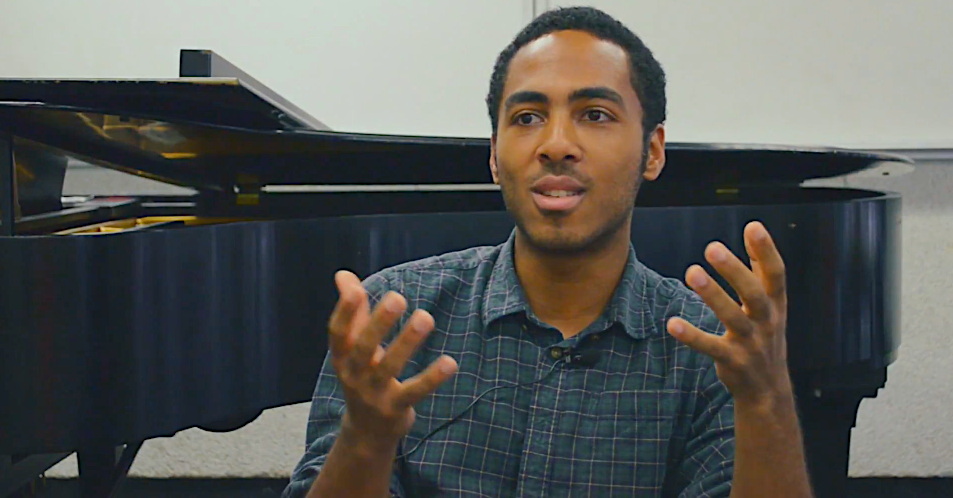 They tried to get me to hate white people, but someone would always come along & spoil it. ~ Thelonious Monk (Monk’s Advice, 1960)

As against our gauzy national hopes, I will teach my boys to have profound doubts that friendship with white people is possible. ~ Ekow N. Yankah (New York Times, 2017)

Though the question seems naïve to some, it is in fact perfectly valid to ask why black people can get away with behavior that white people can’t. The progressive response to this question invariably contains some reference to history: blacks were taken from their homeland in chains, forced to work as chattel for 250 years, and then subjected to redlining, segregation, and lynchings for another century. In the face of such a brutal past, many would argue, it is simply ignorant to complain about what modern-day blacks can get away with.

Yet there we were—young black men born decades after anything that could rightly be called ‘oppression’ had ended—benefitting from a social license bequeathed to us by a history that we have only experienced through textbooks and folklore. And my white Hispanic friend (who could have had a tougher life than all of us, for all I know) paid the price. The underlying logic of using the past to justify racial double-standards in the present is rarely interrogated. What do slavery and Jim Crow have to do with modern-day blacks, who experienced neither? Do all black people have P.T.S.D from racism, as the Grammy and Emmy award-winning artist Donald Glover recently claimed? Is ancestral suffering actually transmitted to descendants? If so, how? What exactly are historical ‘ties’ made of?

We often speak and think in metaphors. For instance, life can have ups and downs and highs and lows, despite the fact that our joys and sorrows do not literally pull our bodies along a vertical axis. Similarly, modern-day black intellectuals often say things like, “We were brought here against our will,” despite the fact that they have never seen a slave ship in their lives, let alone been on one. When metaphors are made explicit—i.e., emotions are vertical, groups are individuals—it’s easy to see that they are just metaphors. Yet many black intellectuals carry on as if they were literal truths.

One such intellectual is Michael Eric Dyson, who recently shared the stage with Michelle Goldberg in a debate against Jordan Peterson and Stephen Fry. Though the debate was ostensibly about political correctness, it ranged everywhere from Marxism to ‘white privilege.’ Around halfway through the debate, Dyson said:

If you have benefitted from 300 years of holding people in servitude, thinking that you did it all on your own…”Why can’t these people work harder?” Let me see…for 300 years you ain’t had no job! So the reality is for 300 years you hold people in the bands…you refuse to give them rights. Then all of a sudden, you ‘free’ them and say, “You’re now individuals.”

Taken literally, Dyson’s claims make no sense. No person has ever suffered 300 years of joblessness because no person has ever lived for 300 years. Of course, Dyson wasn’t speaking literally. His ‘you’ refers not to identifiable, living humans, but to groups of long-deceased individuals with whom he shares nothing in common except a location on the color wheel. But by appropriating a grievance whose rightful owners died long ago, and by slipping between the metaphorical and the literal, Dyson was able to portray himself as a member of an abstract oppressed class and Peterson as a member of an abstract oppressor class. In his reply, barely audible over Dyson’s sanctimonious harangue, Peterson put his finger on this rhetorical sleight-of-hand: “Who is this ‘you’ that you’re referring to?”

Many black progressives use the myth of collective, intergenerational transfers of suffering to exempt themselves from the rules of civil discourse. Dyson, for instance, responded to Peterson’s criticism of the concept of ‘white privilege’ with the finger-wagging rebuke: “You’re a mean, mad white man!” Despite hurling this racialized insult, Dyson will likely face no consequences. The question naturally arises—what would have happened to Peterson if he had called Dyson a “mean, mad black man”? I think it’s fair to say that Peterson would have received something less pleasant than the round of applause with which Dyson was rewarded.

The celebrated journalist Ta-Nehisi Coates provides another example of the lower ethical standard to which black writers are held. In his #1 New York Times bestseller, Between the World and Me, Coates explained that the policemen and firemen who died on 9/11 “were not human to me,” but “menaces of nature.”1 This, it turned out, was because a friend of Coates had been killed by a black cop a few months earlier. In his recent essay collection, he doubled down on this pitiless sentiment: “When 9/11 happened, I wanted nothing to do with any kind of patriotism, with the broad national ceremony of mourning. I had no sympathy for the firefighters, and something bordering on hatred for the police officers who had died.”2 Meanwhile, New York Times columnist Bari Weiss—a young Jewish woman—was recently raked over the coals for tweeting, “Immigrants: They get the job done,” in praise of the Olympic ice-skater Mirai Nagasu, a second-generation Japanese-American. Accused of ‘othering’ an American citizen, Weiss came under so much fire that The Atlantic ran two separate pieces defending her. That The Atlantic saw it necessary to vigorously defend Weiss, but hasn’t had to lift a finger to defend Coates, whom they employ, evidences the racial double-standard at play. From a white writer, an innocuous tweet provokes histrionic invective. From a black writer, repeated expressions of unapologetic contempt for public servants who died trying to save the lives of others on September 11 are met with fawning praise from leftwing periodicals, plus a National Book Award and a MacArthur ‘Genius’ Grant.

The Rihanna incident; the Dyson-Peterson debate; the Coates comment—the thread running through all three examples is that modern-day blacks are permitted to employ language and behavior for which whites would be condemned. And wherever these racial double-standards show themselves, appeals to historical oppression, and to a metaphorical ‘we,’ follow close behind. After all, it is argued, how can Dyson and Coates be expected to abide by a so-called ‘politics of respectability’ in a country that routinely humiliates and subjugates them. Indeed, all demands to uphold colorblind standards ring hollow in view of America’s foundational plunder of ‘the black body,’ we are told. The ‘black body’? Such abstract claims are rarely met with the concrete question: to whose black body are you referring?