Don’t Look Back: “extreme disarticulation and skeletal fragmentation in nearby humans.” 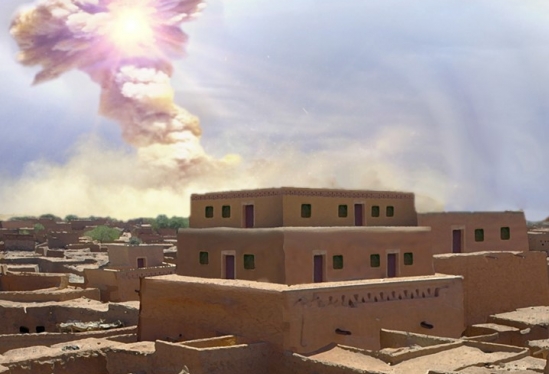 Your sky will burn, your cities rendered into ruins, your skeletons will be fragmented against those ruins… and then the salt from the sea will be slathered on your fields and your wife. Have a nice day:

An Ancient Disaster | “There’s evidence of a large cosmic airburst, close to this city called Tall el-Hammam,” Kennett said of an explosion similar to the Tunguska Event, a roughly 12-megaton airburst that occurred in 1908, when a 56-60-meter meteor pierced the Earth’s atmosphere over the Eastern Siberian Taiga.

The shock of the explosion over Tall el-Hammam was enough to level the city, flattening the palace and surrounding walls and mudbrick structures, according to the paper. The distribution of bones indicated “extreme disarticulation and skeletal fragmentation in nearby humans.”

Further proof of the airburst was found by conducting many different kinds of analyses on soil and sediments from the critical layer. Tiny iron- and silica-rich spherules turned up in their analysis, as did melted metals.

“I think one of the main discoveries is shocked quartz. These are sand grains containing cracks that form only under very high pressure,” Kennett said of one of many lines of evidence that point to a large airburst near Tall el-Hammam. “We have shocked quartz from this layer, and that means there were incredible pressures involved to shock the quartz crystals — quartz is one of the hardest minerals; it’s very hard to shock.”

The airburst, according to the paper, may also explain the “anomalously high concentrations of salt” found in the destruction layer — an average of 4% in the sediment and as high as 25% in some samples.

Heating experiments indicate temperatures exceeded 2000 °C. Amid city-side devastation, the airburst demolished 12+ m of the 4-to-5-story palace complex and the massive 4-m-thick mudbrick rampart, while causing extreme disarticulation and skeletal fragmentation in nearby humans. An airburst-related influx of salt (~ 4 wt.%) produced hypersalinity, inhibited agriculture, and caused a ~ 300–600-year-long abandonment of ~ 120 regional settlements within a > 25-km radius. Tall el-Hammam may be the second oldest city/town destroyed by a cosmic airburst/impact, after Abu Hureyra, Syria, and possibly the earliest site with an oral tradition that was written down (Genesis). Tunguska-scale airbursts can devastate entire cities/regions and thus, pose a severe modern-day hazard. . .

The rib bone is visibly salt-encrusted, measured by SEM–EDS at ~ 46 wt.% NaCl, and the NaCl content of the attached sediment was very high at ~ 54 wt.% (Fig. 46a). Anomalously high concentrations of salt were found only associated with the bones and sediment in the destruction layer at 1650 BCE, and not in strata above or below, indicating an unusual influx of salt at that time. The rib bone also exhibits several nuggets of silver and tin oxide (SnO2) (Fig. 46b) with morphologies suggesting that they splashed onto the bone and sediment while molten. 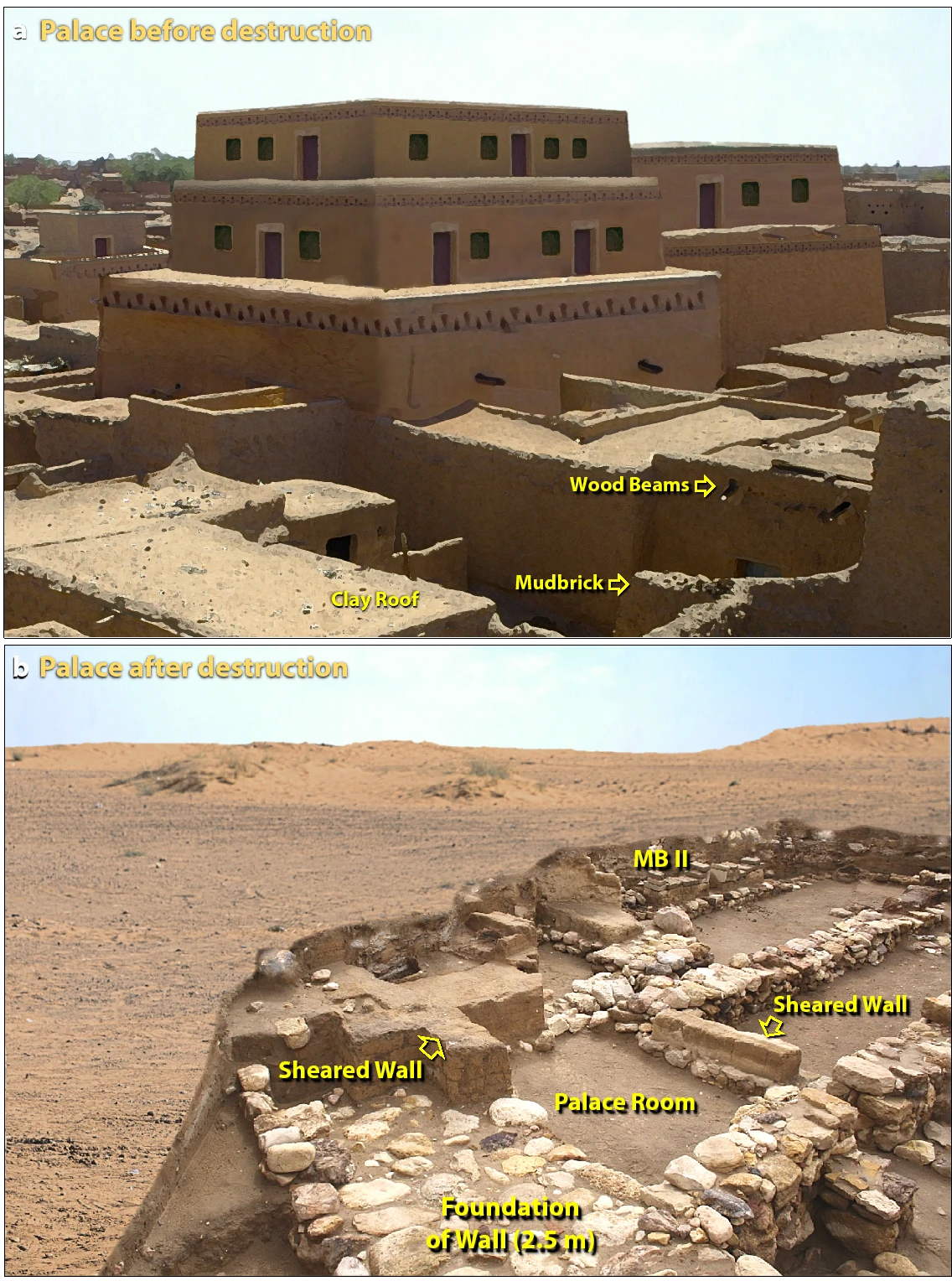 Previous post: Keep On Rockin’ In The Twilight Zone