Disenthrall: On Usurpations of Power and the Plague of Locusts 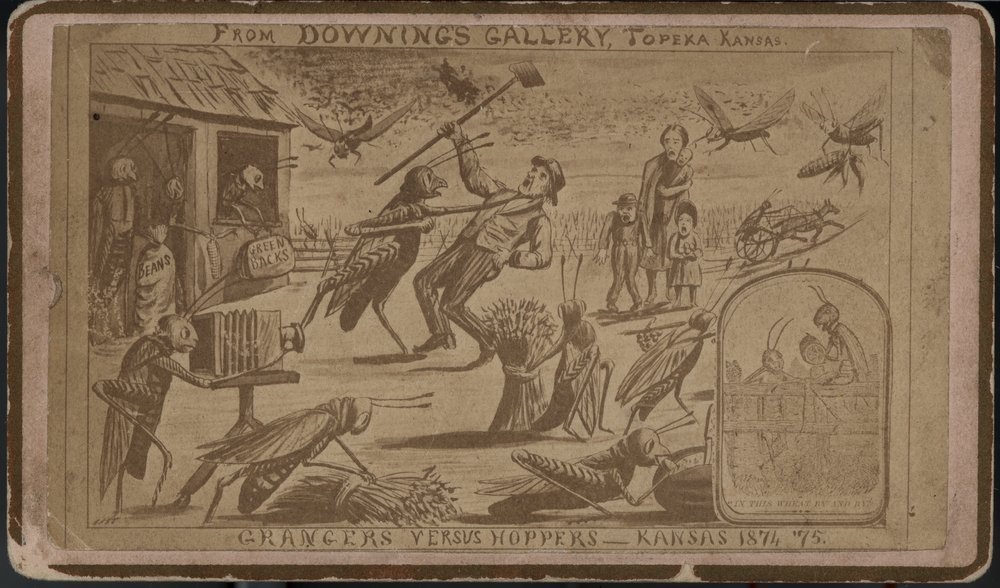 “The dogmas of the quiet past, are inadequate to the stormy present. The occasion is piled high with difficulty, and we must rise — with the occasion. As our case is new, so we must think anew, and act anew. We must disenthrall ourselves, and then we shall save our country.” – Lincoln

Whenever a class of people, self-anointed, seek to impose Utopia on the world, evil ensues.

Whenever a group of people seek to arrogate the power of the people to themselves, evil ensues.

It is not merely that power corrupts but that some people are compelled to corrupt democratically distributed power through statist centralization. If the age of kings was the age of rule by one monarch, the current age drifts towards the rule of many smaller kings acting in unison. This is the age of the Multi-Monarchists; of rule by the faction of “Little Hitlers.” Their accouterments are not uniforms and stark symbols, but cap & gown, press passes, and union cards.

All faction, no matter its origin or ideals, is in the end Fascist. The Founders knew Faction and feared it. Much in the Federalist Papers is concerned with the problem of suppressing Faction and the Constitution is the carefully wrought attempt at a solution to it. Of course, the Founders also knew that Faction as Facism is never finished except by fire and fire alone. This is why, in the Founders’ founding document, The Declaration of Independence, they included this provision,

“… when a long train of abuses and usurpations, pursuing invariably the same Object evinces a design to reduce them under absolute Despotism, it is their right, it is their duty, to throw off such Government, and to provide new Guards for their future security.”

As the Founders knew from their own experience, this is much easier said than done. It requires the blood of tyrants and patriots both. And the Founders knew that sustaining such a government was even harder. Benjamin Franklin at the close of the Constitutional Convention of 1787 when queried as he left Independence Hall on the final day of deliberation:

“Well, Doctor, what have we got—a Republic or a Monarchy?”

“A Republic,” Franklin replied, “if you can keep it.”

Every day I read of new usurpations of power as the current matched set of “ruling elites” takes a new section of the Constitution into the outhouse and emerges without it.

Usurpations of powers previously reserved to the American people cascade from legislative and bureaucratic bodies, swirling over the land like a cloud of locusts. These usurpations come in sizes large and small; from taxation disguised as “fees”, to legislative legerdemain in which bills of economic attainder will be “deemed” passed without a reading and, inside the cancerous towers of bureaucrats, a vote, to meddlesome intrusions into trout fishing in America.

Indeed, it seems that there is little in American life that has not of late had some appointed and malign Faction assigned to it for purposes of some dubious transformation into some off-brand stealth-socialist utopia. And in doing their work of transformation these Fascist Factionists devastate the public purse at the same time they feed at the public trough. The party that struggled for decades to “Keep the government out of your bedroom,” now seeks more and more ways in which the government can wander your home and your body rape your wife, molest your children, and count your cups and calories.

H.L. Mencken, no stranger to realpolitik in the United States, put it this way, “Democracy is the theory that the common people know what they want, and deserve to get it good and hard.”

An American president during the shooting phase of our first Civil War put it this way:

“Fondly do we hope, fervently do we pray, that this mighty scourge of war may speedily pass away. Yet, if God wills that it continue until all the wealth piled by the bondsman’s two hundred and fifty years of unrequited toil shall be sunk, and until every drop of blood drawn with the lash shall be paid by another drawn with the sword, as was said three thousand years ago, so still it must be said “the judgments of the Lord are true and righteous altogether.”

Looking deeper still into history we can remember another time of great plagues when men who thought themselves God sought to enslave people in perpetuity:

And Moses stretched forth his rod over the land of Egypt, and the LORD brought an east wind upon the land all that day, and all that night; and when it was morning, the east wind brought the locusts.

And the locust went up over all the land of Egypt, and rested in all the coasts of Egypt: very grievous were they; before them there were no such locusts as they, neither after them shall be such.

For they covered the face of the whole earth, so that the land was darkened; and they did eat every herb of the land, and all the fruit of the trees which the hail had left: and there remained not any green thing in the trees, or in the herbs of the field, through all the land of Egypt. — Exodus 10

In both instances, the only solutions that could be found were not greater control of the people by the faction, but greater freedom for the people from all faction.

“The dogmas of the quiet past, are inadequate to the stormy present. The occasion is piled high with difficulty, and we must rise — with the occasion. As our case is new, so we must think anew, and act anew. We must disenthrall ourselves, and then we shall save our country.”

Previous post: The First Rap Record: THE CONGO by Vachel Lindsay as read/performed by Lindsay