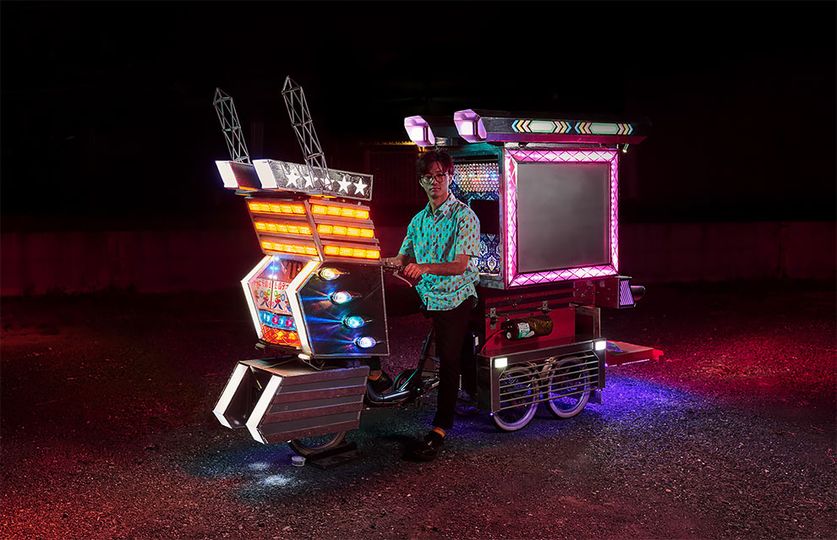 Dekochari (デコチャリ) is a bicycle decoration movement specific to Japan, and that is characterized by the use of plywood accessories, chrome plating, elaborate light displays and hi-fi audio systems.

Dekochari can be traced back to the 1970s, back when Japan’s Dekotora truck decoration trend started gaining traction. Unable to unleash their creative decorating talent on trucks, kids started adapting the same general style to their bicycles, and they ended up creating their very own culture. Dekochari thrived right alongside dekotora, but as the trucks’ excessive lighting and extra weight started posing legal problems to drivers, both cultures kind of faded from the roads of Japan, and today dekochari bikes are considered rarities. — Dekochari

Previous post: [UPDATED] Speaking (as we were) of guitars, here’s The Greatest 6 Minutes in the History of Electric Guitars aka The Coda to Dire Straits’ Sultans Of Swing (Live At Hammersmith Odeon, London/1983)