Dark Matter: “Locking down an image of M87’s supermassive black hole at such distance is comparable to photographing a pebble on the Moon.” 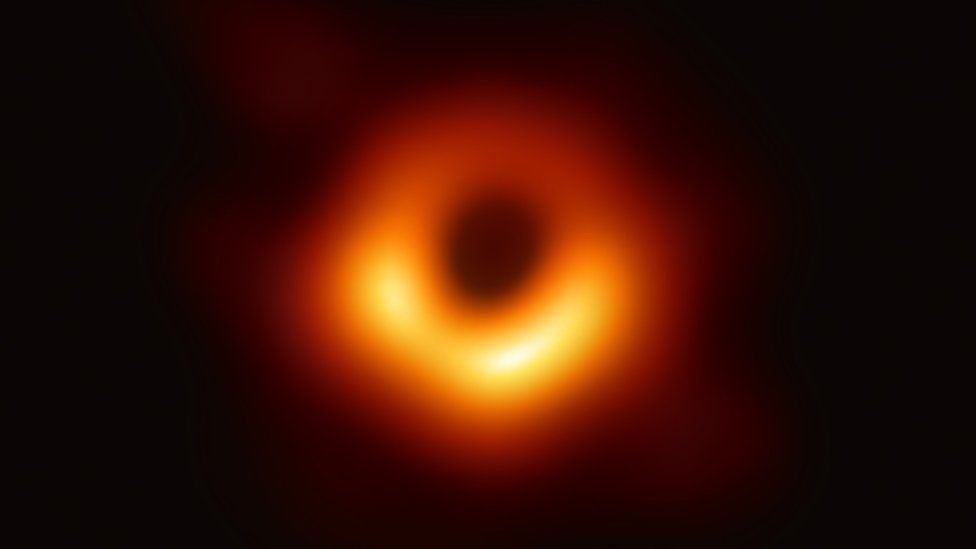 Love must see all things that are
But not with any eye.
Dreams must rise from darkling waters,
Yet still gloss clear and dry.

The heart must mimic life lived large
In its sentences and fate;
Accepting time without an end,
And enter at the gateless gate.

The body, all it’s time undone,
Must yield itself to air.
The soul, a dream no longer dreamed,
Must freeze upon the spiral stairs,

That lead up to that heart of light
Which circles in that storm;
Where One eye sees all things that are,
Where that which is, is born.

*Here’s how that epic black hole image was captured –

Roughly 350 terabytes per day was captured by each of the eight telescopes, in fact. Rather than try to send that information digitally, the EHT team loaded the drives onto planes and flew them to the supercomputer locations.

With eight telescopes working in concert, the key was getting the data from each to line up exactly. Each one used an atomic clock to precisely log the time of each observation. These clocks use hydrogen masers for accuracy, which rely on individual hydrogen atoms to measure frequency.

The result is what the EHT project describes as “a virtual Earth-sized telescope.” Primarily it used radio telescopes, though at the same time observations were recorded in the X-ray and gamma-ray bands.