The Creche by the Side of the Road 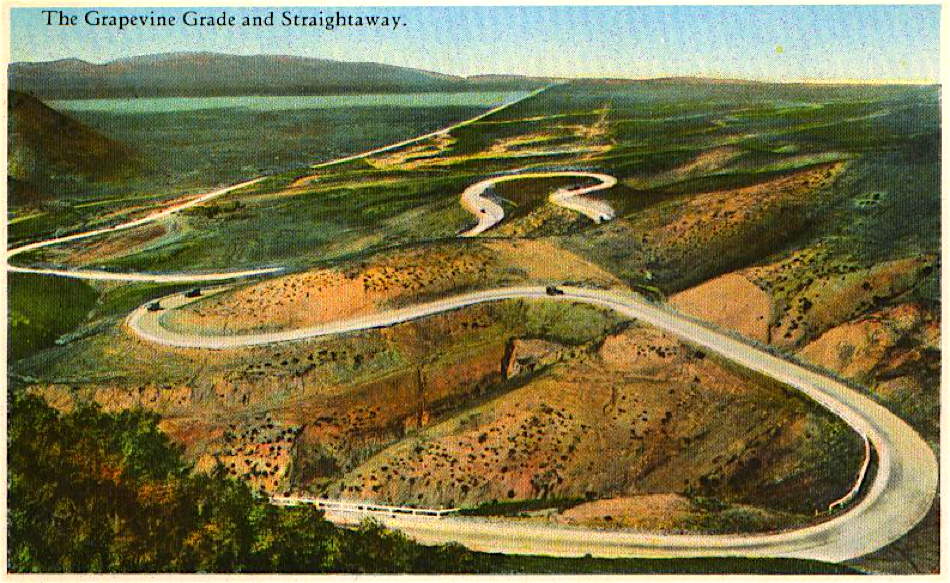 A cold coming we had of it,
Just the worst time of the year
For a journey, and such a journey:
The ways deep and the weather sharp,
The very dead of winter.
–Eliot, Journey of the Magi

Small moments in long journeys, like small lights in a large darkness, often linger in the memory. They come unbidden, occur when you are not ready for them, and are gone before you understand them. You “had the experience, but missed the meaning.” All you can do is hold them and hope that understanding will, in time, come to you.

To drive from Laguna Beach, California to Sacramento, California the only feasible route takes you through Los Angeles and the San Fernando Valley. If you go after dark in this season of the year, you speed through an unbroken crescendo of computer-driven holiday lights accentuated by even more holiday lights. In the American spirit of “If it’s worth doing, it’s worth overdoing,” the decking of the landscape with lights has finally gotten utterly out of hand.

Airports, malls, oil refineries, the towers along Wilshire and the vast suburbs of the Valley put up extra displays to celebrate what has come to be known as “The Season.” All the lights flung up by the metroplex hive of more than 10 million souls shine on brightly and bravely, but the exact nature of “The Season” seems more difficult for us to define with every passing year.

For hours the lights of the Los Angeles metroplex surround you as if they have no end. But they do end. In time, the valley narrows and you come to the edge of the lights, the place where the houses stop. Then you drive into a dark section of highway known as the Grapevine.

The Grapevine snakes up over the mountains that ring the Los Angeles Basin to swirl down the far side into the endless flatland of the Great Central Valley. From entrance to exit is about 50 miles.

So steep is the ascent to the top of the Grapevine that the summit makes its own weather. Comfortable valley nights can turn into snow flurries, sudden fog banks and high winds that shake the car. Every transit of the Grapevine promises (and nearly always delivers) at least one accident seen along the roadside if you are lucky, or directly in front of you if you are not. If you are very unlucky, the accident is yours.

Virtually all traffic to and from Los Angeles endures the Grapevine. It is a dangerous and demanding road, made more intimidating by the swarms of trucks that haul freight up the spine of California. Even in broad daylight, the Grapevine seems dark. It is an unloved and unlovely stretch of highway.

It was long past sunset when the Christmas pilgrimage to our families around Sacramento sent us climbing up the Grapevine. My wife of that year was driving because my eyes don’t adjust quickly to oncoming headlights and because she is, by far, the better driver. My stepson was wedged within a small mountain of bags and presents in the back seat, his cherubic face illuminated by the gray-blue glow of his Gameboy.

I gazed out the window at the churning wall of trucks and the slate black slopes. Heavy cloud cover made everything more obscure. Only the streams of headlights coming on and the endless red flares of brake lights in front of us broke the darkness. It was the nadir of the year, two days before Christmas, climbing between dark mountains with millions of others, most aiming at some destination filled with the rituals of the season; rituals that seemed, as they often do, only a blunt repetition of some sharper but now dim vision.

It came up fast and passed faster as things often do up on the Grapevine. It was vague at first. A dim smudge of light in the middle of a looming dark hillside. Then it resolved itself as we sped up on it at around 70 miles per hour. We came abreast and I saw it clearly for only a few brief seconds. It was that rarest of all this seasons sights, a roadside Nativity scene.

Wrapped in a ring of floodlights near the crest was the classic creche. Nothing fancy but all the elements. The manger was indicated by a backdrop of shingles, scrap lumber, and palm fronds. The life-size colored figures of the Magi, Joseph and Mary, a few amazed shepherds, three camels, an assortment of barn animals, an angel perched a bit precariously on the roofbeam, a Bethlehem star nailed to a pole, and a bunch of hay bales thrown in for atmosphere. Miles from any sign of human habitation, there to be seen only from the road and at a high speed, some anonymous person had placed this endangered sign of an endangered season.

Perhaps all of these things and perhaps none. Perhaps for that most American of all reasons — simply because it could be done.

I pointed it out to my Gameboy-entranced stepson who looked up and back only to see a faint trace of it. His entirely sensible question was, “How did they light it all the way up there?” I answered that I didn’t know but they might have used a very long extension cord. He shrugged and went back to the more compelling challenges of Super Mario 3.

In a moment it was past. In 20 seconds we’d rounded a curve and the light from it was gone. There was no going back. We rushed down the slope and out of the Grapevine onto Highway 5 where a bitter storm wind drove clouds of tumbleweed into our headlights.

In a few hours, we stopped for the night. For us, there was room at the inn — reserved at the Harris Ranch inn; an oasis sporting an Olympic sized swimming pool and overpriced steaks in the midst of the valley’s orchards and deserts. As distant in comfort from the creche in the mountains as, perhaps, 2000 years.

The next day we reached Sacramento and the first of our sets of in-laws. Then The Holidays (Since this is how America has decided to name this time of the year.) began with a vengeance.

Absurd objects were exchanged. Eternal assurances of love and affection were delivered. Children received, as usual, far too many things to appreciate any one thing. Many loved faces were seen and small pageants were performed.

The eating began and went on with no quarter; lavish meals that left one yearning for the simplicity of a salad bar.

In the background, bowl games with no purpose were played. People went to three-hour movies celebrating pagan fantasies and paid drive-by holiday greetings in the last busy days. Photographs and videotapes were made to be looked at … when?

It was a time of busy moments blurring together. Strangely, of all the moments, I was most moved by the small ritual of grace before meals performed at my in-laws. In these rare moments, the central meaning of these days was acknowledged in the phrase, “We thank you, Lord, for your gift, your Son.” And then, like all good Americans, we got on with the getting of our gifts.

Before we could be anyplace at all we found ourselves going back, going south over the Grapevine heading home. I didn’t see the creche on the return trip. Perhaps you couldn’t see it from the southbound lanes, perhaps I slept. I’m really not sure.

Some days after returning, the three of us took in the annual Christmas Pageant performed at the Crystal Cathedral in Orange County. This pageant always receives rave reviews, due to its incorporation of live camels, lavish costumes, a serious pipe organ, and a bevy of angels flung about the vaulted interior of the church on wires. It’s a blend of high kitsch and sincere belief; the sort of spectacle you should see at least once if you live in the area.

The show promised the apotheosis of the real meaning of Christmas in a secure setting; a kind of armed hamlet redoubt of contemporary Christianity besieged by the secular. The show delivered. It had lights, camels, action. It told the old tale in the old way using all the new tricks of the Las Vegas strip. It was spectacle incarnate.

At the climactic moment, angels sang while swooping overhead on their wires, Magi with jeweled headdresses the size of small ottomans adored Him from beside kneeling camels, shepherds abided, the organ groaned, six heralds sounded their trumpets, Mary and Joseph framed by a backlit scrim of stars gazed with awe down into a straw rimmed basin under the worlds largest Bethlehem star ornament, and an airport landing light blasted up out of the cradle, through the glass ceiling and out into the indifferent night.

And I thought, “Now, that’s entertainment.”

But I also thought of the other nativity scene. Halfway over the Grapevine, up along the slope of the dark mountains, an island of light in the midst of a vast and expanding darkness. A little light arranged by the small hands of faith to mirror a larger light moved by the inconceivable hand of God. I’ll look for it next year when we drive north. It’s so far out of the way, it should still be there. But then, you never know. Do you?

Next post: Ladies and Gentlemen: The greatest show off Earth! Look Up. Now. Tonight.

Previous post: One Moment in Time: The Winter Solstice Seen from Newgrange