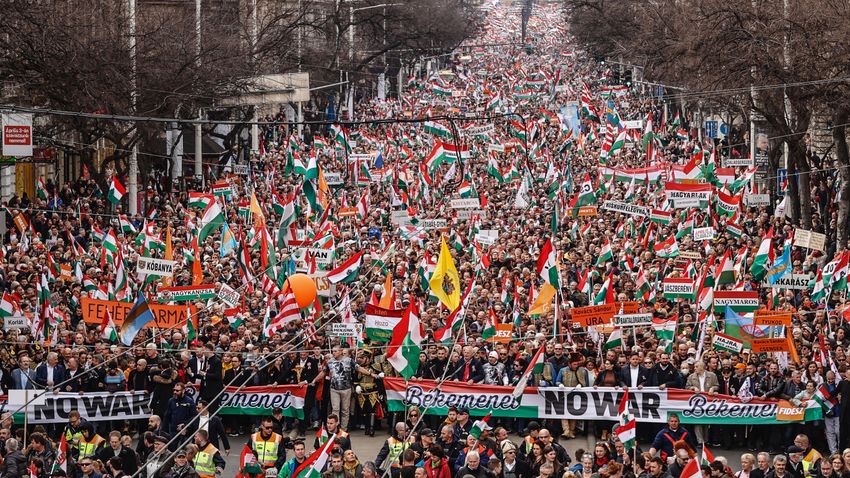 The current military trouble in Hungary’s eastern neighbor ensured this year’s march bucked tradition and became a Peace March instead. Apparently, more than half a million Hungarians showed up for the event.

After it had committed itself to the global diktat of none are safe until all are safe, the Hungarian government engaged in a relentless and ruthless campaign against its citizenry. It locked them down; social-distanced them; terrorized them; propagandized them; and lied to them. It stripped them of their supposed natural and human rights. It shut down businesses. It promised the pecks would end the birdemic and then manipulated and coerced the citizenry into taking the peck. It denied people the right to assemble, travel, visit, work, and speak. It engaged in all of this for over two years, and how do people respond?

By confirming their allegiance, loyalty, and subservience to the very same powers that have lied to, oppressed, humiliated, and harmed them. Of course, a change of government would solve nothing. It could make things even worse. Such is the nature of our cherished democracies, all of which are now beholden to the global coup.
VIA Francis Berger – Blog

Next post: Coming back in time for the mid-terms, your happy-go-lucky neighborhood watch committee!

Previous post: “If you cannot believe in God, then act as if you do. “