Cooling Out on the Cape: From Spare Change to No Change 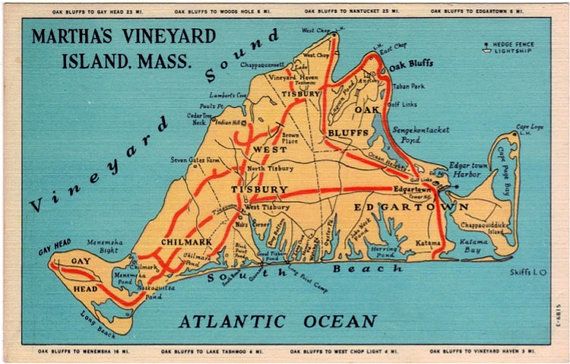 Summer’s last gasp heating up and so it’s time for the cool to get cool by the shore. Martha’s Vineyard’s shores will be less cool this year because, so we hear, the coolest black president America’s ever had no longer cools out on Martha’s Vineyard now that he has to pay for it. How uncool is that?

Regardless, Martha’s Vineyard still thinks it’s cool because the Most Cool One in the history of the known universe, the Holy O, injected it with many metric tons of cool which the island, eating its seed, now grinds it into fishmeal to feed to the worshipers of the Obama Shrine. When that’s done, the Vineyard will look and feel, at last, pretty much like Provincetown, but without the Gay Pride floats and speedos (so far). People worry about the coming fall and the midterms, but I don’t worry about such fetish fevers when I see that the all-consuming chill of “cool” is likely to get us first.

Cool’s a funny thing. Before it was cool to be cool, being cool was actually sorta cool. But now that being cool is as required as a tramp-stamp at age 14 in order to gain admittance to a U2 Concert, cool’s just not cool. Once “cool” is codified it’s kaput. And since cool’s not cool, there is no way to really be cool. That would be okay since nothing cool is cool forever. After all, the groove must move to keep from becoming a rut.

The problem is that the left-behind Culture of Cool has now infested the landscape like locusts on crack and is gnawing the cool out of the American earth. Cool comes from a random sense of motion whirled within a certain spirit of place. As Kerouac wrote, “Man, you gotta go.” Once you kill that spirit with predictable motion, you don’t have cool, you have kabuki. And moving in that dead dance you don’t find hipsters, but cold corpses twitching in a jerking dance of post-mortum effects. You know, like pithed frogs or latter-day rappers.

I don’t mind rappers since I know that, with time, they’ll melt back into the landscape like compost blasted out of a wood-chipper. What I do mind is how cool, when passing through a place, is starting to scour the landscape of classic American cool places cleaner than a drag-chained desert mesa. As some wise-guy observed, “Once the antique stores and the poodles show up the groove moves on.” The problem is that the groove is running out of places to move to. I’ve come to believe that the lack of cool places is due to the consistent invasion of places that were once cool by progressives disguised as cleaned-up hippies with money still left on their VISA cards.

The always worthy although now abandoned Sippican Cottage once had a meditation on the nature of change in summer places a couple of seasons back with No NIMBYS Need Apply in which he observes:

“Cape Cod, and Provincetown, are very much Not In My Back Yard Places now. It’s hard to do much of anything building-wise. There is no more reactionary person than a wild-eyed progressive who has beaten the forces of the last reactionary, it appears.”

This progressive mental disorder can be seen in Provincetown and any number of other places that once were cool and are now merely the haunt of the privileged pretenders to cool. Indeed, the current going price for a week in the hamlet of Provincetown seems to range from $5,500 per week for something that sleeps 8 to the more modest $650 a week for a cottage/closet sleeping two. For this, plus sundry other expenses, you get to party in the beach zone. It’s a kind of Disneyland for poz gay adults and satisfies the newfound need to be by the sea at least once a year to maintain your cool status. Once cheap, cool now costs lots of cold cash.

Getting in some rented beach time is important since most poor and middle-class Americans now labor under America’s new unwritten law that states: “Nobody with a net worth south of $30,000,000 is allowed to actually live by the ocean.” (Unless grandfathered in by, well, your grandfather and you’d better be able to scrape up the jacked up property taxes too.)

The gutting of the “cool places” by the uncool cool-seekers, from the White House to the outhouse, is pretty much the state of the nation at the moment. It is important to “be cool.” It is not important to live. By and large, this compulsion for cool has gripped the soul of the nation and continues in an unstoppable way.

The cool parts of the cool cities are increasingly decooled by people with more money than style — Soho, Venice, the Haight, to cite a few. Ditto the cool ways to live.

Long ago it was cool to live in a loft, and not one “designed” to be an “artiste’s loft” either. Or at least it was thought to be so. I once lived (off and on) in an old cigar factory loft way below Soho in New York and it was, in its way, pretty cool. You threw down the keys and ran up a half-dozen flights of stairs. When the storms came the clang of metal shutters slamming into brick walls made you think you were sleeping inside of Big Ben. The kitchen was a small fridge and a hotplate. The bathroom door was a shower curtain. But if you wanted to you could make really big paintings and have really big parties and nobody knew you were there.

It was very uncool to have to take a cab 16 blocks in the winter just get to the nearest laundromat with a stack of dirty clothes, but that’s what you did. Now you can have the laundromat pick up the clothes and bring them back folded from the corner — and you pay for that as well, and much more than a cool $2 million plus for your loft. But that’s okay because now, even though you are living like an “artiste,” you don’t have to produce anything that remotely resembles “art” to be cool. If you do have a gallery, you probably own it and fill it with your own personal selection of the kind of dumpster trash that passes for “art” in this mordant age. Creativity is no longer required to be cool. If the Beatles Anthem were written today it would be “All You Need is Cash,” because cool, once generated from within by real talent, can now just be purchased.

Merely owning a loft-like space lets you (and more importantly everybody else) know you are “cool.” This is essential since the greatest desire of modern American urban life is to “get cool and stay cool.” The way you do that, as Sippican Cottege indicates, is by stopping anybody else from moving into the scene once you arrive. In this, a “reactionary” is a “progressive” who’s been mugged by real-estate values, property taxes, and the fact that it is hard to get a reservation at the latest and coolest restaurant in the zone.

I once rented a three-bedroom house in Southport, Connecticut. Southport is a tiny and very rich community sandwiched between Westport (ex-Martha Stewart land) and Fairfield (commuting base at the time for many middle managers of New York City). The house was built by the father of my landlord and was a small masterpiece of New England homebuilding. It sat on three acres of lawn across from a school. Although close to the freeway it was still idyllic in almost every way as was the tiny little hamlet of Southport. For a number of years, I was very happy there. It was pretty cool.

When, after a long time with the wolf at the door, the money arrived it was time to think about actually buying a home in the town. I was talking about this with my landlord one day when I ventured the opinion that the town would be “much better off if we could just stop all these new people from moving in. You know, cut off the building of new houses….”

My landlord fixed me with a gimlet eye and said, “My dad built over three hundred houses around here starting when he got back from the war. If he’d thought the way you do, you wouldn’t be here.”

I got the point. Since then, I’ve always looked at those who move into “the cool place” and want to shut the door after them as traitors to cool.

There’s a lot of this sort of cool class treason going around these days. You see it in those who would like to close the door on development in the 3rd world lest more of that rotten life-denying planet-wrecking CO2 be made. (And let’s get some more bike lanes painted on the roads too!) You see it in the endless zoning laws and restrictions on building thrown up across the landscape until nothing can be built for less than what can be raised by a consortium of rich developers. You see it in the recent Federal decisions on “takings.”

But mostly you see it in the endless desire to be seen and thought of as “cool;” a kind of new status point system in which one must live in the right place, with the right furniture, going to the right restaurants, wearing the right clothes, and most of all having the correct and approved opinions that, well, everybody else has (Don’t they?).

Above all, to be cool you have to be against — on a deep and fundamental level — mankind itself while proclaiming that “ordinary people are the most important people that there are, but….” The only thing more important than people, you must believe, is “the planet.” If you can pull all these things together, along with enough money to live in the cool zones, you too can be thought of by all the cool people around you as…. cool. Cool enough to drop ten grand a week on a Provincetown vacation home where the dunes are protected against everything except Rainbow Speedos butt-floss male bikinis and random fornication.

And how cool is that?