Comey: ‘What Can I Say, I’m Just A Catty Bitch From New Jersey And I Live For Drama’ 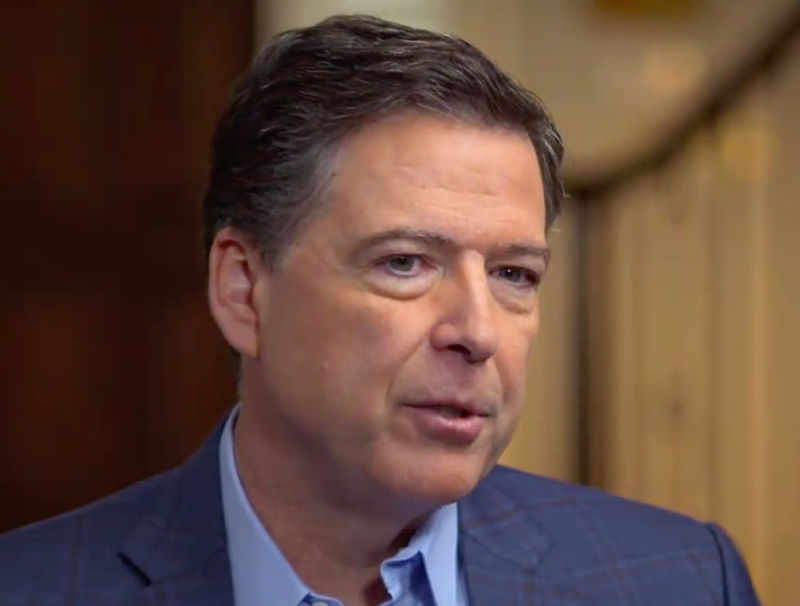 Neo wakes up to note she has anticipated The Onion:   “Just a few hours ago I wrote about some of the news du jour as being too much like the Onion for comfort. One of those news items was Comey’s interviews and book, about which I said: Oh, how the mighty have fallen—and this latest fall from grace was accomplished by Comey’s very own hand, in the writing of his very own book (assuming it wasn’t ghostwritten; one never knows)… The style reminds me of nothing more or less than a women’s romance novel; I half expect for someone’s bodice to be ripped off by the end of the chapter.”

Then, right on time, we read, Comey: ‘What Can I Say, I’m Just A Catty Bitch From New Jersey And I Live For Drama’ — The Onion.

But by far the most insightful glance into the mind of this strange semi-gay aging twink and his yearning love for the latest silver daddy to dominate him, comes from the blazing keyboard of Anne Althouse with  Reading the Comey interview transcript, I get a “Cat Person” vibe.

JAMES COMEY: … and so I said, “Sir, whatever you– whatever you like.” And he said, “Well, why don’t we make it 6:30?” And I said, “Sure.” And then I called Patrice, broke our date, and– as luck had it, I had– an encounter with Clapper, who had left the government but we were giving him a recognition as honorary F.B.I. agent. And I told him about this invitation and he told– comforted me by saying, “Yeah, I’ve heard lots of other people are getting calls to come for dinner.”

“And so then in my head I was…

“I feel as though I’m reading a #MeToo story told by a young woman. Why didn’t he say “I thought…” like a plain-spoken adult? It’s like the inside of his head is an environment with moods and wisps of cognition. He’s invited into a private space, he has his trepidations, but other people will be there, and he’s hoping he won’t be alone with the man.”

Previous post: RIP Gunny See You a Little Further Down the Road