Civil War? If It Starts It Will Be Uglier Than Anyone Can Imagine

“The first time I walked up on some really, honest to God dead soldiers, I must have jumped back six feet. Burnt, charred, frozen in time at the moment of death & look of shock & horror upon their faces.” —  J J in Comments

Even if a day of reckoning arrives it’s unlikely to be one of our choosing. Like everything else of actual importance, it will burst on us like a sudden downpour, unbidden and unexpected. The list of survivors will be lengthy if not all inclusive. Specifics of how it all went down will be uncovered and argued generations later, to the interest of no one save antiquarians. —  OlRemus @ Woodpile Report

Everybody needs to just Chill. Out. Needs to sit down. Needs to take a breath and say the Serenity Prayer. And mean it.

Read carefully. It will be covered on the Final. Emphasis added. 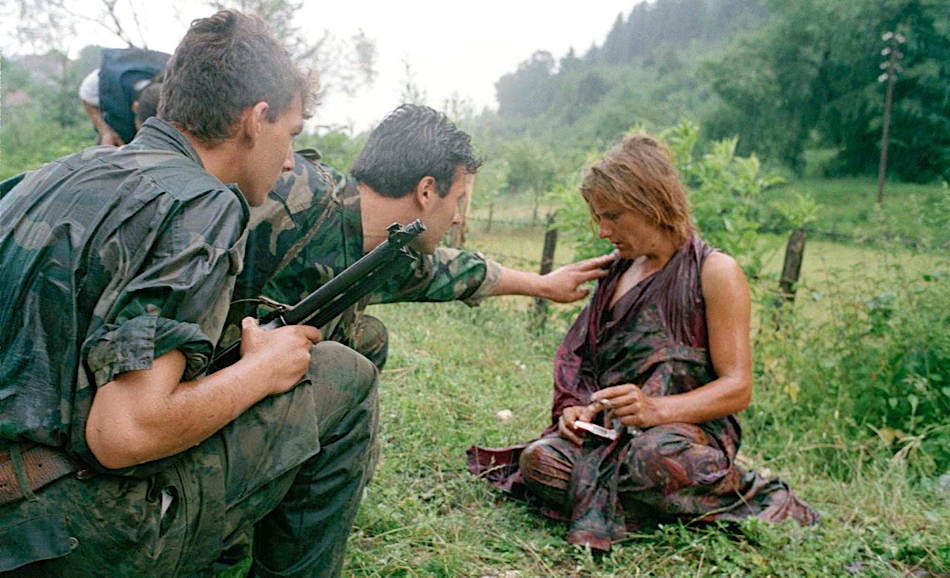 How does it start? Nobody knows but given the misappropriation of power to the USSC, and wholesale cultural revolution that has been imposed through the USSC over the past 60 years, this is likely the flashpoint. Kavanaugh is the primer, and the main charge will be when Trump replaces Ruth Bader Ginsburg. The Left is going to come completely unglued since they know that they will be closed off to cultural imposition through the courts for the lifetimes of everyone in the “back 9” of life.

They will be all-in on the Brown Wave voting them into power, to which DJT is a direct threat.

I’ve tried but failed to recall a single secular-progressive political movement of any note that has accepted defeat at the ballot box and supported the electoral results. Our Sec-Progs are on the cusp of realizing such a defeat.

That’s why I think we are close. From the Left’s point of view, it’s either accept defeat at the hands of people they truly believe are subhuman or start shooting the subhumans. 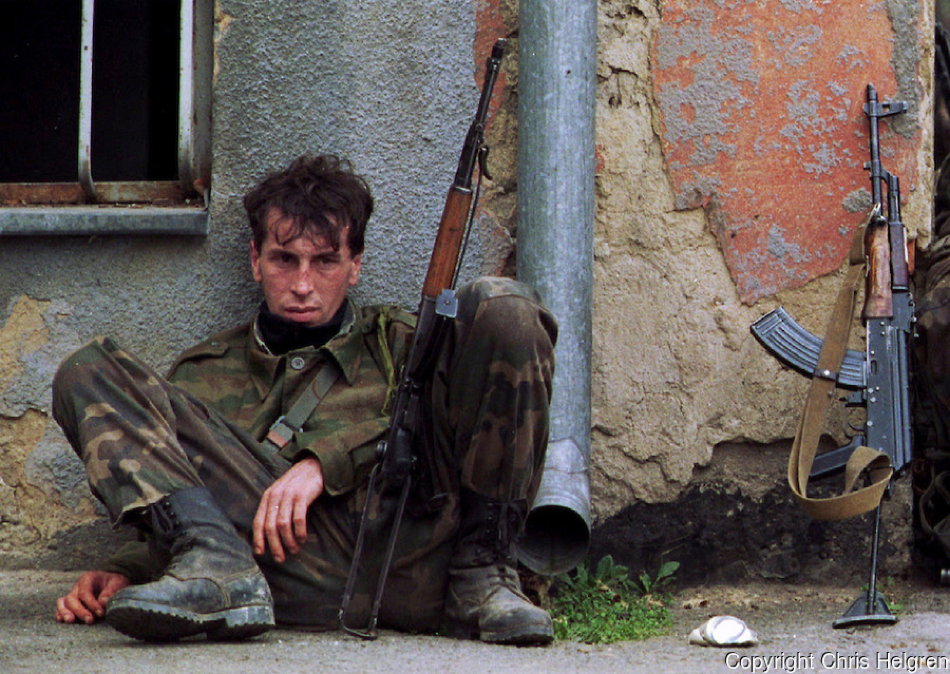 A weary soldier of the Bosnian Army Fifth Corps’ elite 502 “Tigers” brigade rests against a wall before heading home October 14 after his unit captured a strategic town from separatist Serb forces in the latest government offensive.

The Right looks at the history of sec-prog genocide and economic ruin (see the original post in this thread by Karl), and how the Left wants their guns, and they are genuinely scared. I’ve posted at least 100 times on TF a video of how the FBI infiltrated the Weather Underground back in the 70s and how the principals in that organization were discussing the wholesale liquidation of 1/8 of the US population, which at the time was 25 million, because they wouldn’t go along with “the new way of thinking.” This would include Bill Ayers and Bernadine Dorn. 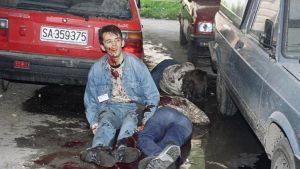 FILE In this Monday, June 22, 1992 file photo a wounded Sarajevo resident sits in shock next to two other seriously wounded civilians moments after one of several mortar shells landed in central Sarajevo.

The civil war has been talked about quite a bit. Some foolishly believe it will follow the template of the previous two, which was largely geographically based because both side fundamentally had the same culture. This won’t happen.

I live in a so-called “deep blue” state. Does anyone think that if the balloon goes up, I’m going to run out with my AR-15 and join the “Washington State Progressive Stormtrooper Brigade” just because I live here?

No, what is going to happen is much more complex and simple at the same time.

I am a conservative, White, male, Christian that is a veteran. My neighbor is a dope-smoking, atheist, Communist, attorney. He knows I am armed and knows my cultural preference. I know he is likely armed.

If the shooting starts in St Louis, Chicago, Portland, and Metro Seattle, it will spread. If it is open season on conservatives, those getting shot are going to get nervous and itchy very quickly.

How do I mow my lawn, given that my neighbor may shoot me dead? How does he smoke his dope in his backyard, given that he has the same fear from his gun collecting, kook-fringe, fascist, racist, neighbor that is just aching to force his dusty religion upon him? 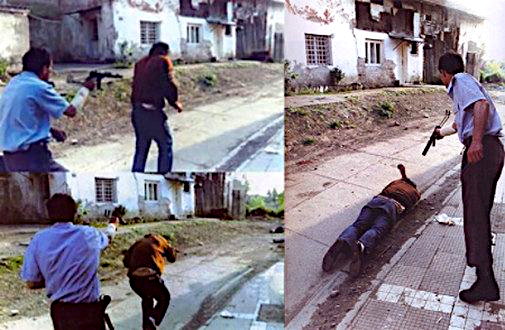 How do I fly airplanes, given that I can’t leave the house? How does he take the ferry to Seattle to practice law? How does the Sheriff deputy leave his house, given that his two daughters would be in danger from his Democrat-Socialist neighbor? Who drives the food trucks? Who operates the local power plant? Who delivers the gasoline?

Society grinds to a halt, and there are too many guns and too much hatred (cultural) to impose any kind of order through martial law. The US is too big. Once the shooting gets underway, it is here for good. It will be neighbor on neighbor until ghettos are cleared out and warlords rise. 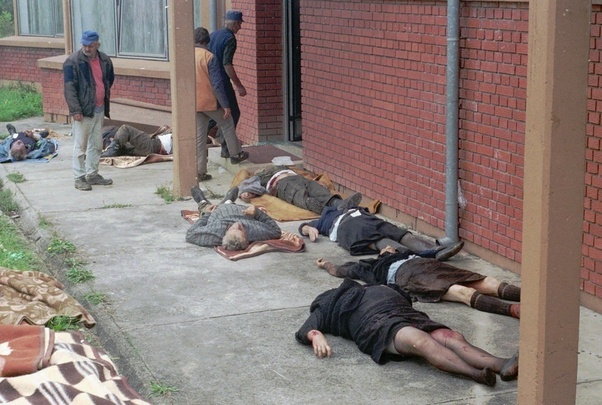 It’s not like everyone will be walking around with red and blue hats, to make the IFF easy. Every encounter will be “good Black or bad Black?” “Good White or bad White?” “Good Mexican or bad Mexican?” “Good college prof or bad college prof?” “F150. good, Prius bad, or vice-versa.”

Get it wrong, and you are dead unless you shoot first.”

The money supply will become glacial. Nobody will have money since the banking system will undoubtedly collapse, since nobody is working. That will put gasoline on a raging fire of hatred.

The grand experiment in civic nationalism will be, yet again, a failure. Tribal loyalties will come to the fore, for no other reason than survival.

I served in Bosnia during the 1990s. It was a shit-show like nothing we have seen (in Europe) since WW2. I remember flying over Sarajevo ten years after the Olympics were held there, and the Olympic village was a mass-cemetery. Africa had similar (Rwanda), and it was deeply personal. It still had ethnic and geographical considerations, whereas we do not.

Forget “red state vs blue state” or “red county vs blue county” or even “rural vs urban.” The war will be on your street, and most will bunker down in their homes until the food and water run out. After that, I can’t model what will happen.

Unfortunately, I don’t see how a peace can be achieved. It was easy with Japan when 1/3 of the US wanted Japan destroyed down to the last man. Japan and the US are 8000 miles apart. Your neighbor is 100 feet away, and the contempt born of familiarity will be impossible to extinguish.

It’s uglier than anyone can imagine. 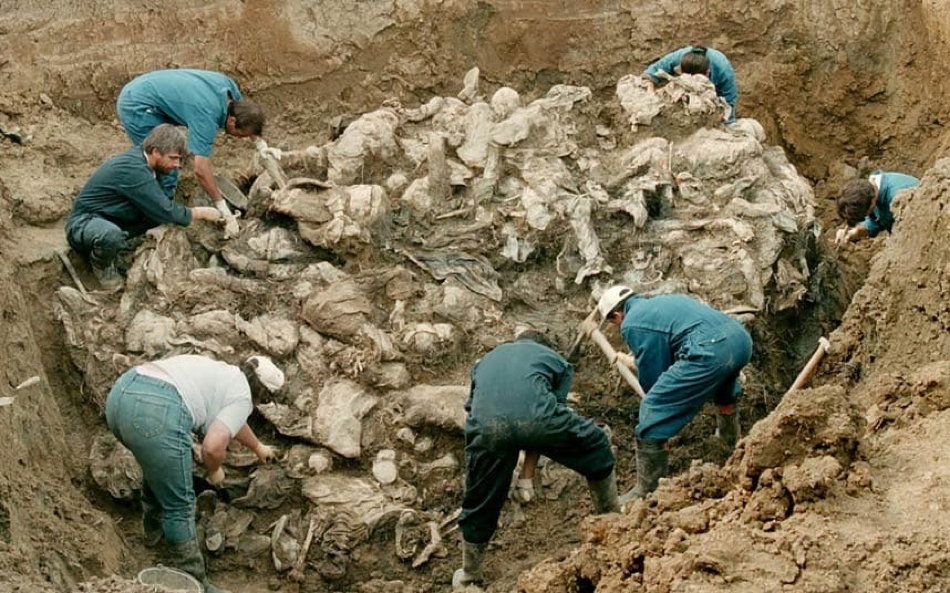 Previous post: “What is planned?” They always have plans for those they have disarmed and defeated. Always the same plan.