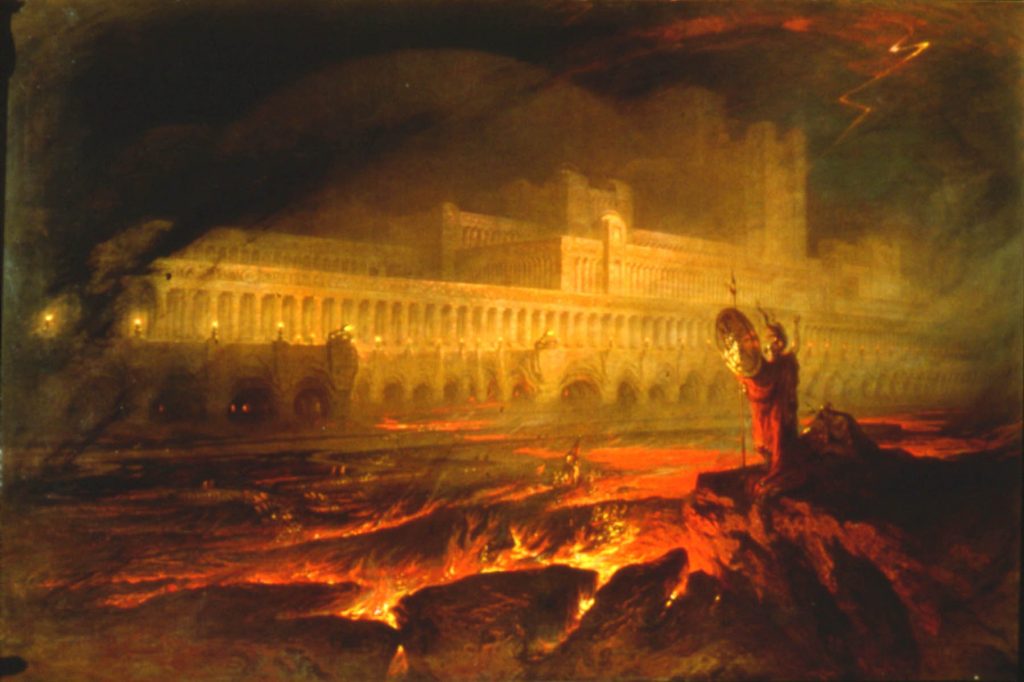 Background: According to the written tradition of the Christian religion, “In the beginning God created the heaven and the earth”. Political strife within the Kingdom of Heaven led to the expulsion of those opposed to the traditional theocratic rule of King God I, and the exiled “Fallen” went on to establish the autonomous area known as Hell. In a constant state of conflict with their former homeland, Hellites (alternatively Hellions), have turned their political machinations on other geopolitical states, and are listed as a Rogue Nation. Hell has been repeatedly denied UN representation due to untried crimes against humanity, harboring of known war criminals, and human rights violations that are continually dismissed as punishing the wicked for their earthly sins. Hell is also isolated internationally by a steadfast xenophobic government, which has given rise to groups of “Hell deniers” who question the very existence of the area.

Location: Geographic center of the Earth

Geographic coordinates: 0 N, 0 E, beneath the burning gaze of God.

Elevation extremes:
lowest point: The Ninth Circle, the blackest pit of all sin.
highest point: The Vestible, home of the Gates of Hell, first of the Nine circles.

Religions: Christians (Catholics, Seventh-Day Adventists, Jehovah’s Witnesses, the Assembly of God, the Liebenzell Mission, and Latter-Day Saints, and most other sects), Jews, Muslims, Pagans, unbelievers, the unbaptized, and the sinful.

Government type: Feudal autocracy in the form of a Kingdom

Administrative divisions: 9 states; Vestible or Limbo, The Carnal, The Gluttonous, the Greedy, The Wrathful, Heretics, The Violent, the Fraudulent, The Treacherous

Political parties and leaders: National Socialist, Zealotry of all flavors, creeds and colors, Communists, fascists… Every damn kind of politics is in there.

Flag description: a ring of blasphemous hellfire intersected by a flaming star, commonly referred to as a pentagram or “HOLY FUCK DID YOU SEE THAT?”

Economy – overview: The economy consists primarily of creating devices and materials in support of infernal schemes and machinations. Residents of Hell live in subhuman conditions, with no agriculture to support their needs. The government is the only employer of the workforce, relying heavily on financial assistance from the outside world. The population enjoys little or nothing. Long-run prospects for the tourist sector have been greatly bolstered by the expansion of agnosticism and atheism around the world.

Next post: What Happened to Jordan Peterson: He and His Daughter Talk About Their 2 Years in Hell