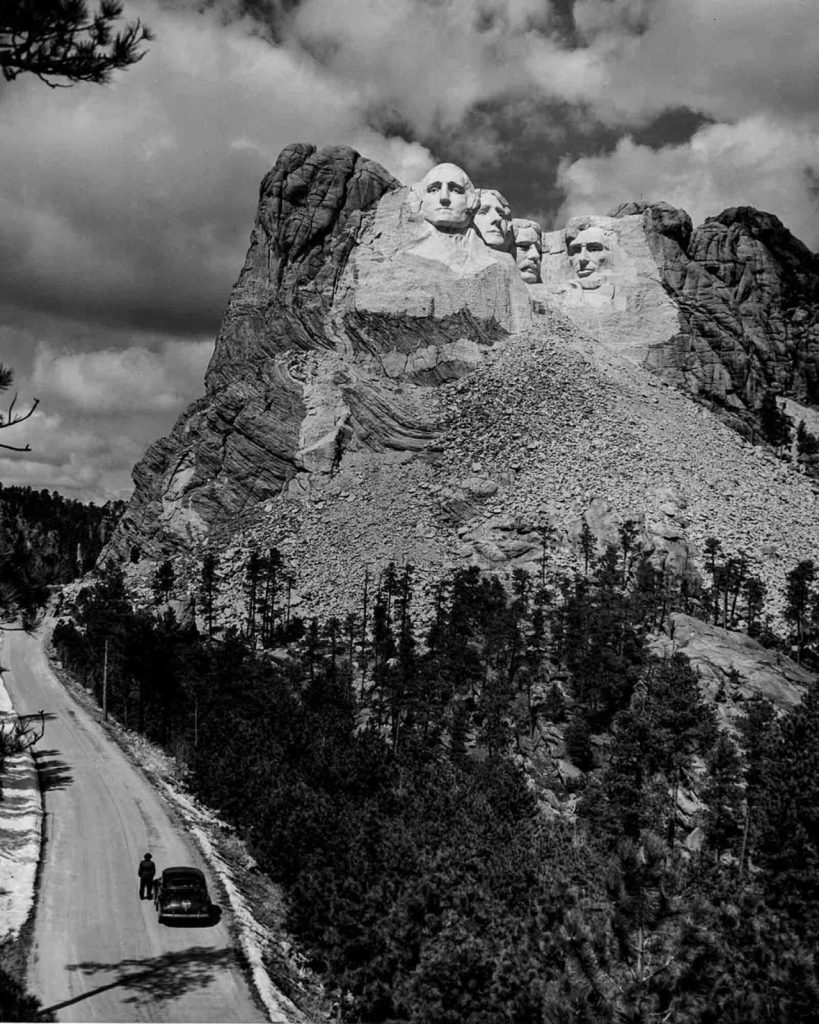 Borglum also proposed that the four heads in the sculpture symbolize the first 150 years of the United States: Washington to represent the country’s founding; Jefferson, its expansion across the continent; Roosevelt, its development domestically and as a global power; and Lincoln, its preservation through the ordeal of civil war. 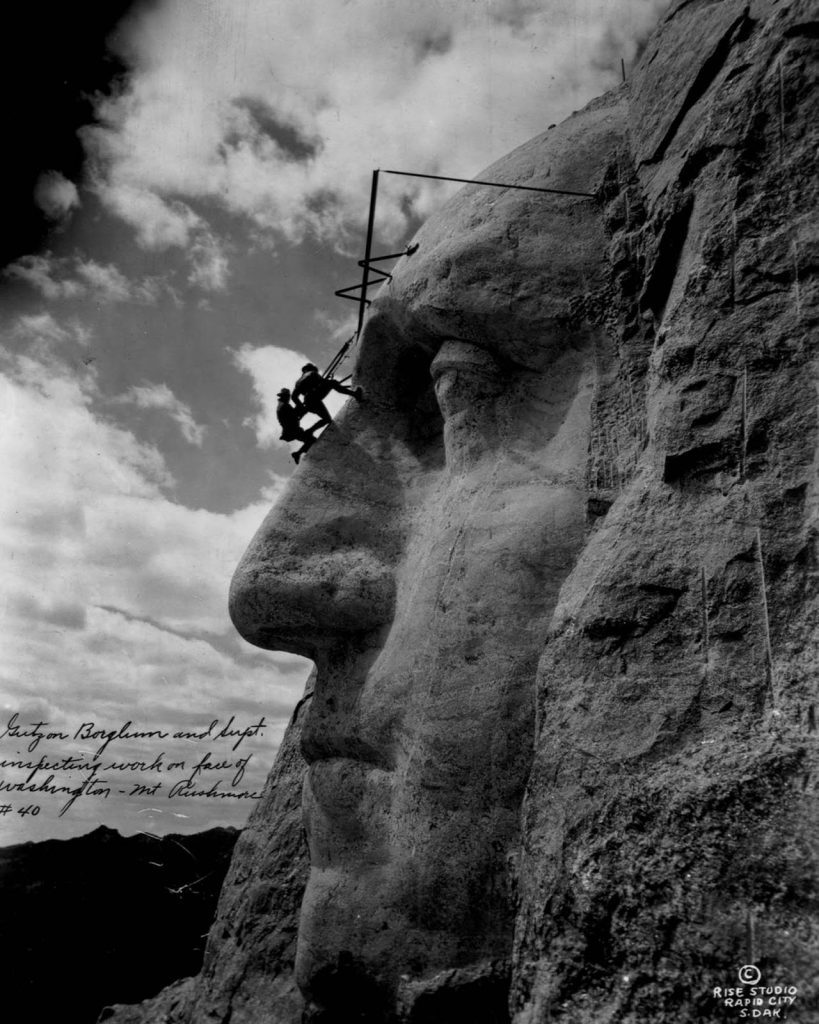 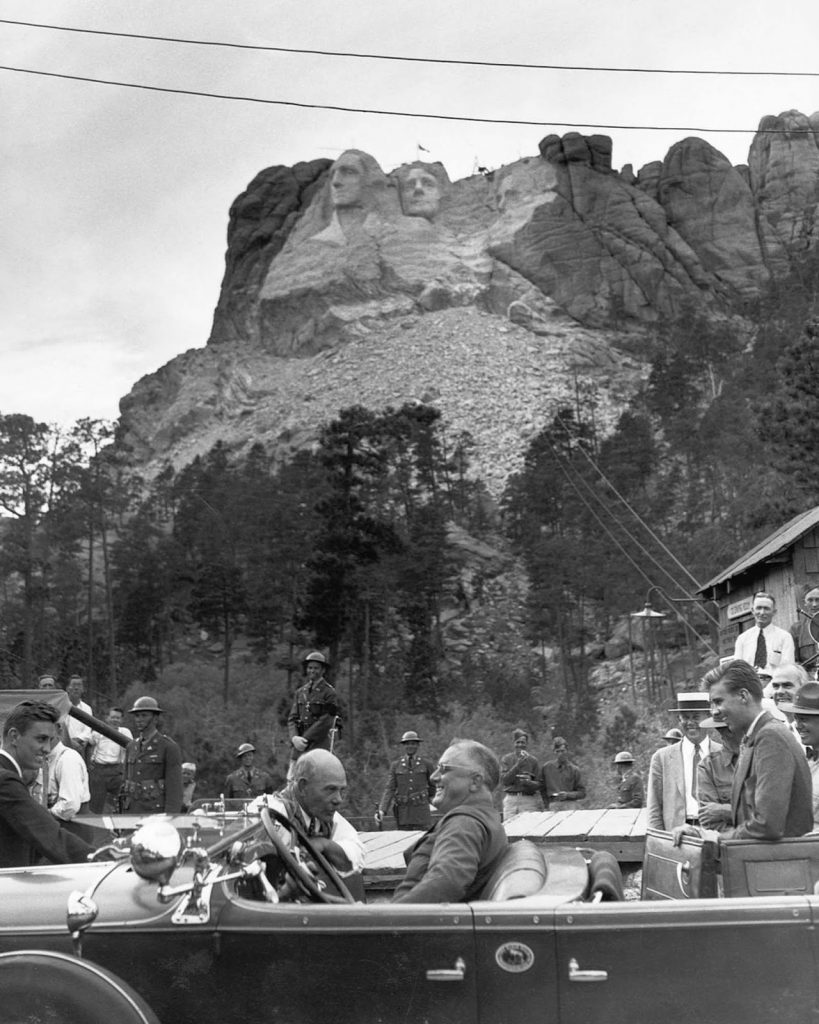 FDR at the formal dedication of Mt. Rushmore