Today Project Veritas started releasing a series of videos about the inner workings of Twitter, a company of unelected and anti-American insects that seeks to control what you say, see, and think online…. and sees nothing wrong about this at all. Here are some stills from two videos.

“Shadowbanning”? Yes, shadowbanning. I’ve been shadowbanned by Twitter for well over a year as nearly as I can figure it.

Gentlemen, start your lying eyes. And remember, if they have the power to do this to the President of the United States…. 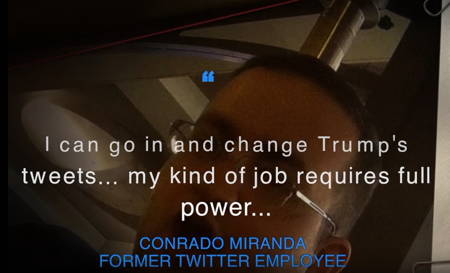 Taken from these two videos. More on this nightmare soon.

Previous post: Something Wonderful: Memories of Piper, “They also serve who only chase and bark.”