Bobbing for Apples in the Labyrinth

The key to understanding Trump has always been that he loves drama. The never ending quarrel is what gets him up in the morning. He thrives in chaos and when he cannot find it, he creates it. The reason is Trump is an opportunist. That’s his nature. He seeks to maximize what he has in order to leverage it into a chance to catch someone sleeping, so he can get a bargain in his next deal. The Trumpening So Far | The Z Blog 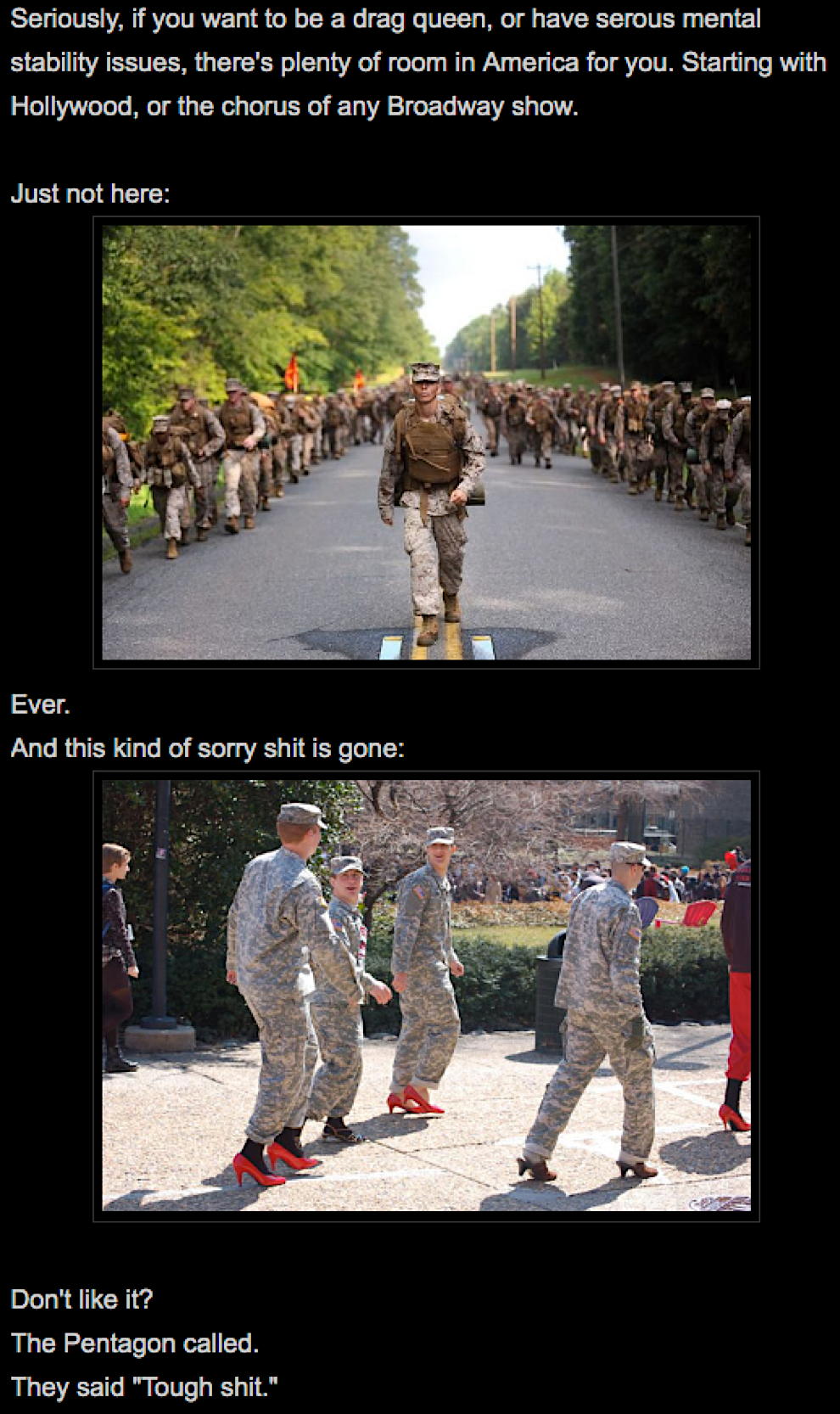 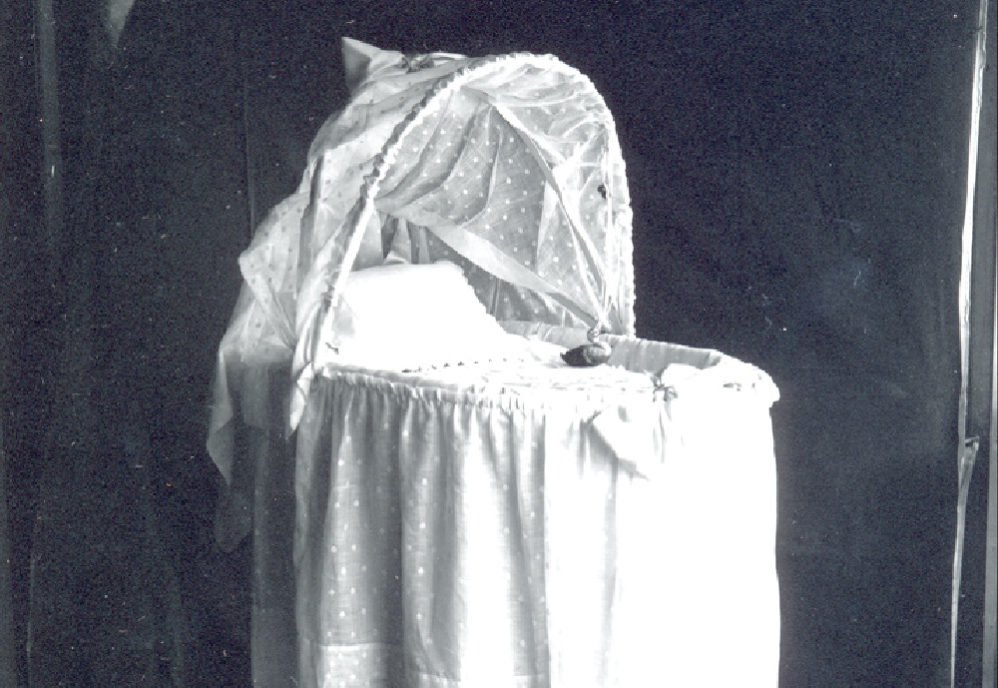 How do you eulogize a girl who never lived? She never crawled, walked, spoke, cried. We don’t even have honest dates for the tombstone, since that clock starts at birth. By the time of her delivery, my daughter had left the building. A Mother And Father Say Goodbye To Their Fierce, Stillborn Daughter

Welcome to Our Global Censorship and Surveillance Platform – – Facebook is getting close to being able to create a global ID for everyone on the planet (sans China/Russia). It’s not a bit of paper or something you put in your wallet. It’ll be passive. It’ll replace your passport and driver’s license. If you can be seen by a camera, you will be known. 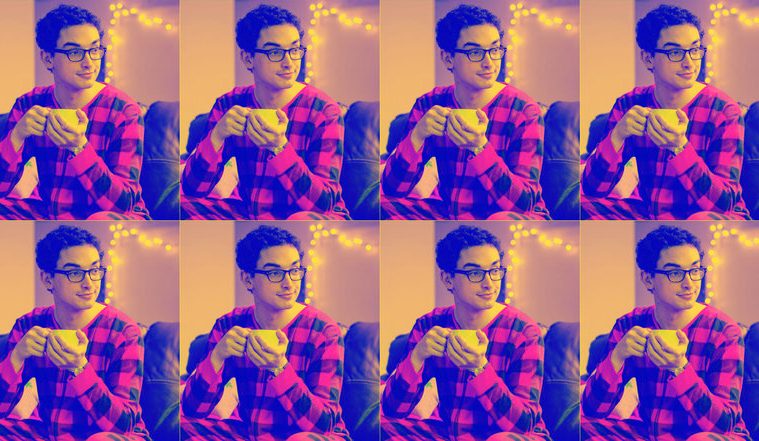 Princeton U. Looking to Hire Certified (Certified!) “Men’s Engagement Manager” to Combat Aggressive Masculinity, Teach Men Not to “Get Tougher,” And Help Them Transition Into Docile Young Women

Here we are in 21st century America: In this sci-fi dystopia, there are so many well-meaning people — hundreds of millions — who live their lives by vapid slogans like “the pursuit of happiness,” “wag more bark less,” and “a better world for everybody.” They own tiny woodland creatures in cages to make up for barren wombs, have a soft spot in their hearts for Beatles music, see no problem with $600 billion spent on middle managers and compliance officers who make sure that our pointless foreign wars are politically correct, while pining for better days when there was enough money to go around and no identity politics. Just War, Civil War, and Political Violence

And how about those Republicans? Can’t muster enough votes to repeal the most hated law ever passed, next to the one establishing an income tax – which ironically made the Obamacare fiasco possible. Virtually the same bill that 6 (Lamar Alexander, R-Tenn.,Shelley Moore Capito, R-W.Va., Dean Heller, R-Nev., John McCain, R-Ariz., Lisa Murkowski R-Alaska, Rob Portman, R-Ohio) of the 7 (Susan Collins, R-Maine) recalcitrant Republicans voted ‘yes’ on during the Occupation when they knew it would be vetoed. You just simply never disappoint. MOTUS A.D.: The Boobs and Lipstick Brigade

You become an “object of significant surveillance.” The soft tyranny of the rating system Each company and person in China is to take part in it. Everyone will be continuously assessed at all times and accorded a rating. In [the test cities], each participant starts with 1000 points, and then their score either improves or worsens. You can be a triple-A citizen (“Role Model of Honesty,” with more than 1050 points), or a double-A (“Outstanding Honesty”). But if you’ve messed up often enough, you can drop down to a C, with fewer than 849 points (“Warning Level”), or even a D (“Dishonest”) with 599 points or less. In the latter case, your name is added to a black list, the general public is informed, and you become an “object of significant surveillance.”

Who says there’s no good news? The Supervolcano Under Yellowstone Is Alive and Kicking – Nautilus

Will Amazon Take Over the World?       Imagine, say, the merger of Microsoft, Apple, Google, and Amazon into one huge company (MAGA), ready to convert the last remnants of the sharing economy into a “taking economy.” Such a firm could exercise enormous power: with unprecedented access to consumers, it would be a must-have marketplace, and could use this powerful position to drive very hard bargains with companies. (Indeed, the bargains may be so hard that it would be able to take over many of them, as Amazon did with Diapers.com.) On the other hand, if these Goliaths do not merge or cooperate and end up wasting too much time fighting each other, then the Davids, salivating for even a tiny slice of their market share, may be able to grab it.

The Most Intolerant Wins: The Dictatorship of the Small Minority 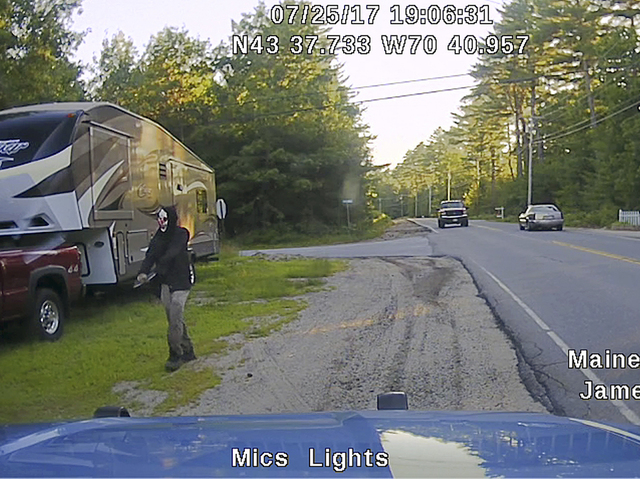 This Tuesday, July 25, 2017 patrol car dashboard camera image released by the Maine State Police shows a man strolling down a street in Hollis, Maine, who police said was wearing a clown mask with a machete taped to his amputated arm. Police said the man, Corey Berry, 31, of Hollis, was arrested and charged with criminal threatening. He was released after posting bail. (Maine State Police via AP)

Police: Woman hears footsteps, learns man living in attic It’s unclear how long he may have been in the house.

The things they carried were determined to some extent by superstition. Lieutenant Cross carried his good-luck pebble. Dave Jensen carried a rabbit’s foot. Norman Bowker, otherwise a very gentle person, carried a thumb that had been presented to him as a gift by Mitchell Sanders. The thumb was dark brown, rubbery to the touch, and weighed four ounces at most. It had been cut form a VC corpse, a boy of fifteen or sixteen. […] At the time of his death he had been carrying a pouch of rice, a rifle, and three magazines of ammunition. The Things They Carried 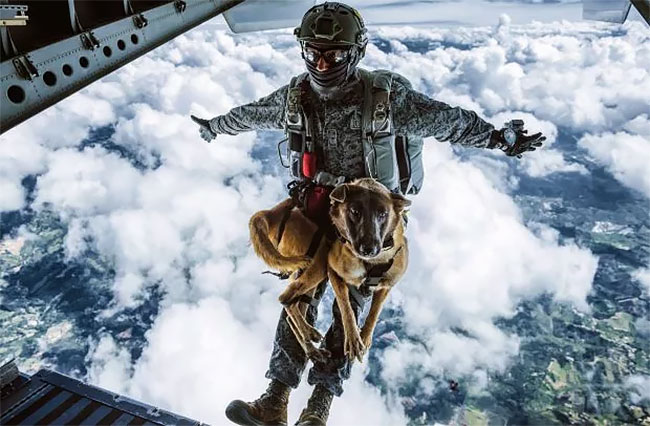 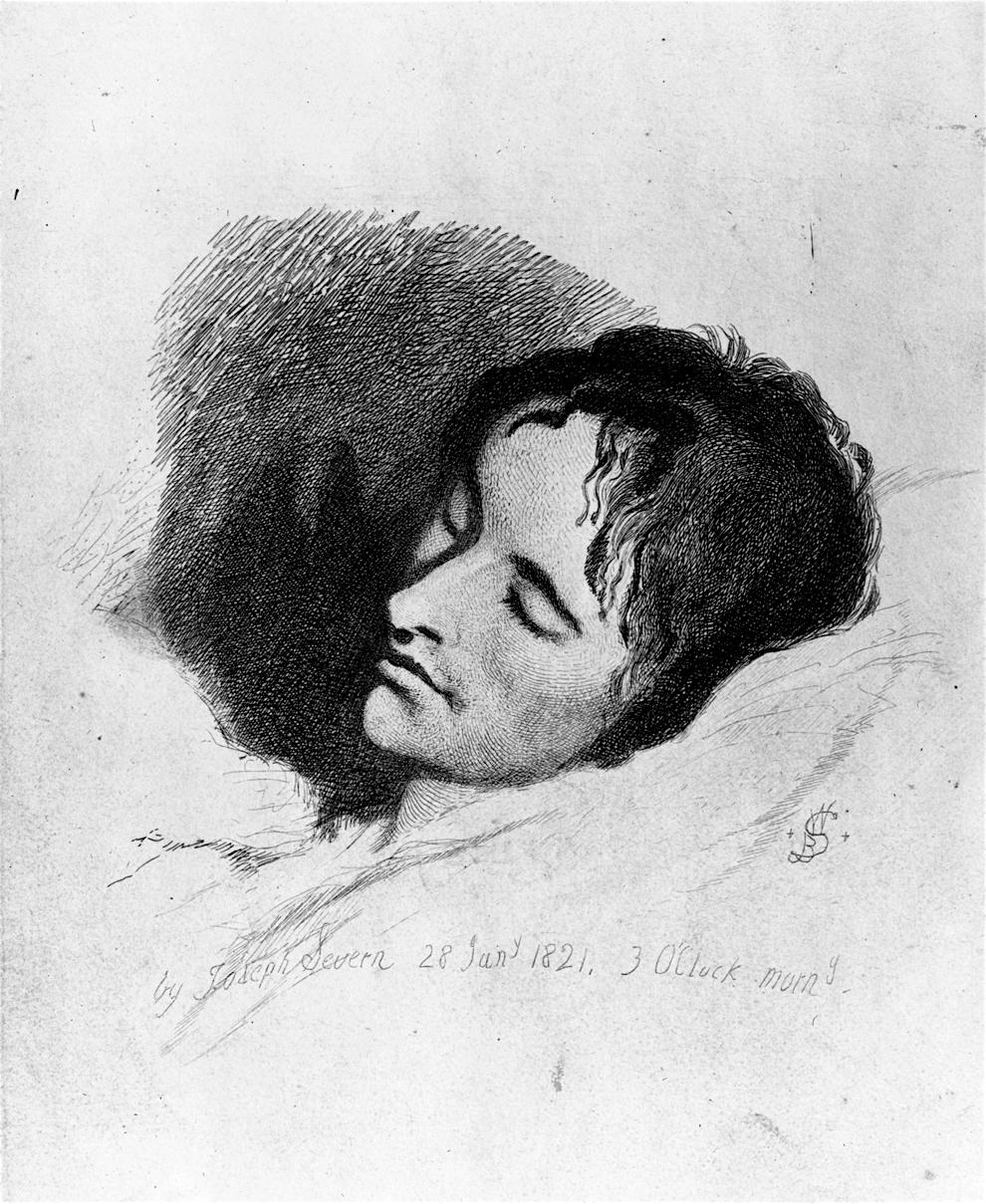 “It will be easy.” Dusk entered the room. From when Keats said that he was about to die, seven hours passed. His breath stopped. Death animated him in the last moment. After the autopsy, Clark said that he couldn’t understand how Keats had survived so long. Fanny’s last letters, never read by anyone, were sealed in his coffin. After the funeral service, the police took possession of the apartment on Piazza Spagna. They stripped the walls and floor and burned all of the furniture.A Possible Keats | by Fleur Jaeggy | 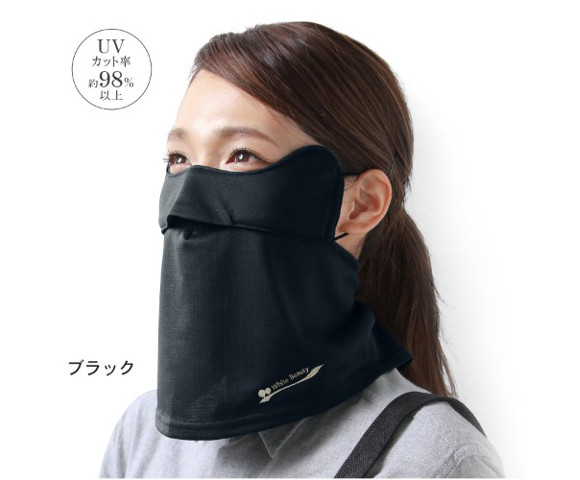 Coolness: a cultural, social and literary history – Benjamin Markovits     Dinerstein separates the idea of “cool” into two periods, which he calls Postwar I and Postwar II – the dividing line runs, more or less, through Jack Kerouac. Once 1950s prosperity kicks in, noir dies: the outsider who sticks up two fingers at authority can’t quite count on the sympathies of his white audience any more – everyone is doing too well, and what they suffer from isn’t quite the failure of society to provide a decent life for them. Even Bogart had to adapt, and was replaced first by Marlon Brando and James Dean and then by Paul Newman – prettier and more athletic actors, less hard-boiled. Frank Sinatra and Elvis Presley, meanwhile, brought into the white mainstream the legacies of Louis Armstrong and Lester Young. 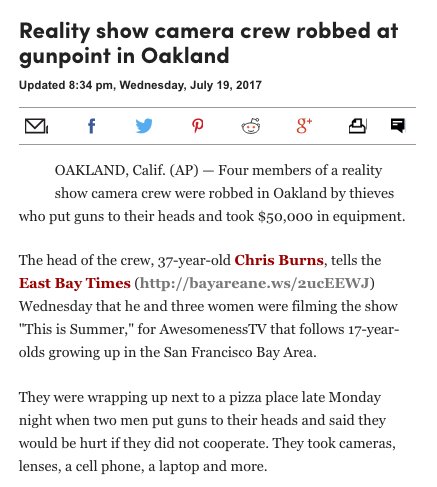 Next post: The Little Old Sod Shanty on My Claim